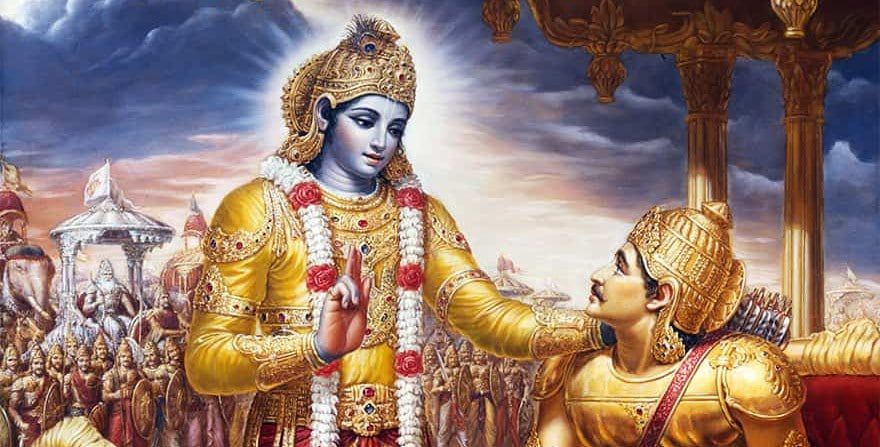 In continuation to my earlier posts on Chapter 1 and Chapter 2 Summary, below I summarize Chapter 3.

Arjun says to Shri Krishna, if the knowledge is superior to deeds, then why is Shri Krishna confusing him and asking him to engage in such a terrible deed as war?

Shri Krishna says – When Brahma created humanity, he advised humans to perform actions as sacrifices. This cherishes the Devas and so the humans can flourish and will be given desirable things. Rain fosters the cultivation of food, which is essential for all humans, and rain is the outcome of sacrifices. One who does not follow this cycle of sacrifice is living in vain and is only delighting his senses.

But a person who rejoices in self is a self-realised person and has no duty to perform. Such a person is not dependent on any other human being for anything. A person who performs his duty with no attachment attains the Ultimate.

He says there is no compulsion of any duty to be performed by me. Yet I am engaged in performing my duties, because if I don’t perform my duties, then everyone else will follow me and this will lead to inactivity. 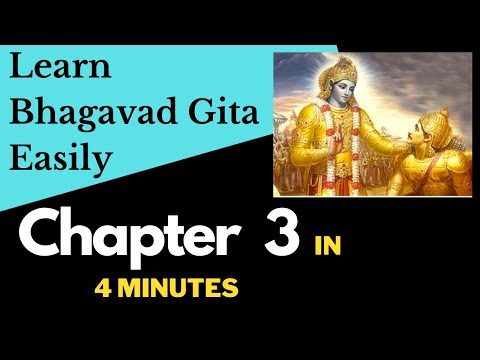 The wise people should inspire ignorant people to perform all their duties. Ignorant people are the ones who are attached to their actions. All actions originate from qualities of nature (Prakriti), and it is the mind which is deluded by the sense of ‘I’ and considers itself to be the doer. Thus, he encourages Arjun to surrender all actions to Shri Krishna and engage in the battle.

To this Arjun asks – what causes people to perform actions against their own will?

Thus, he asks Arjun to restrain his senses, to steady himself, and to destroy this craving.

Without Sattvic Diet, You will always loose: What Is a Sattvic Diet? The Best Way To calm Your Mind
one book change my entire life