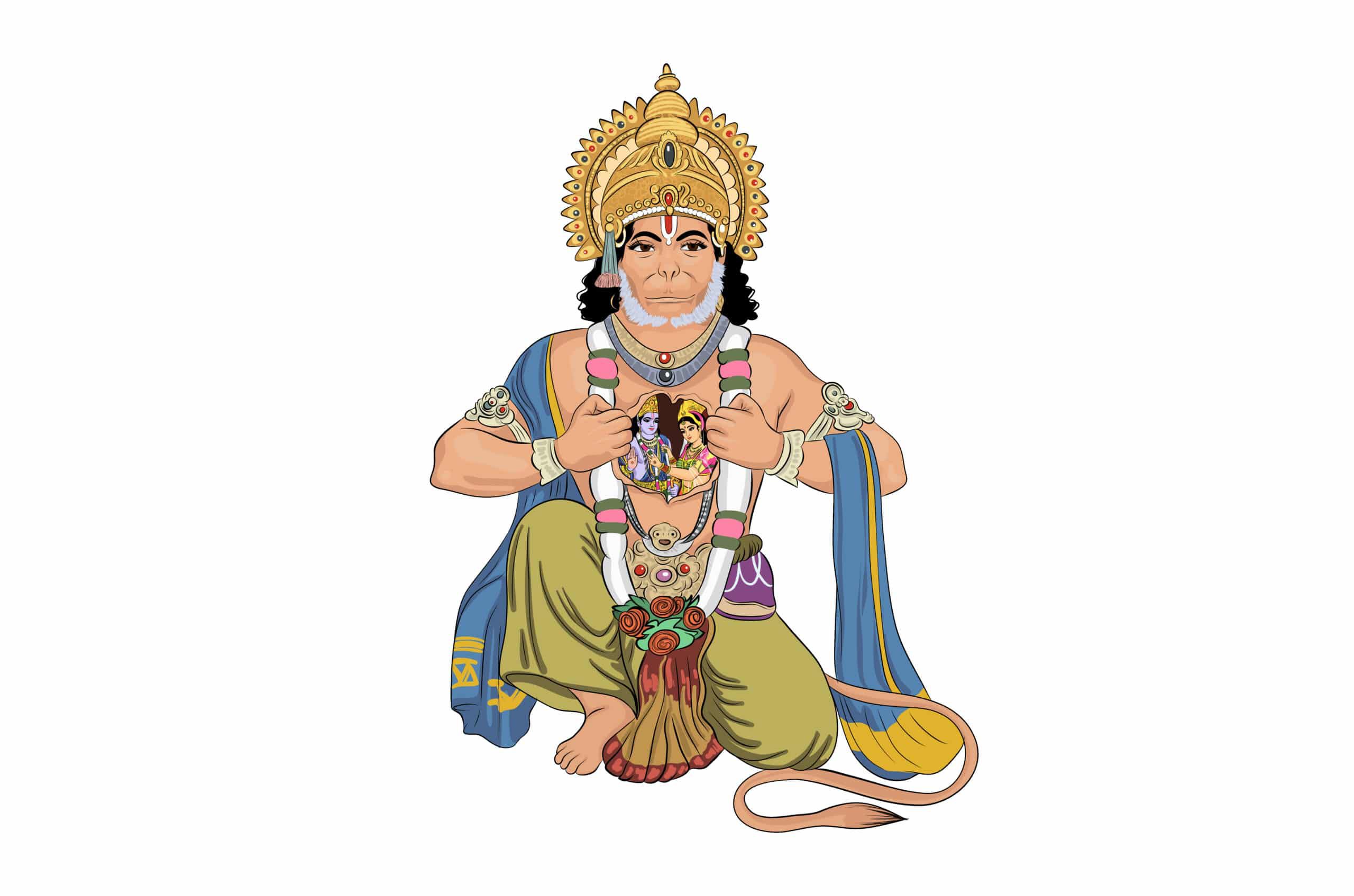 The One Thing Essential

Ram Dass practiced many types of yoga but primarily bhakti yoga or “devotional worship directed to one supreme deity,” his choice being Maharaj-ji Baba Neem Karoli. As a result of Ram Dass’ influence in my life, I practice bhakti yoga also. I’ve not found anything more effective or faster in generating spiritual progress.

Does that mean other paths aren’t valid? Of course not. Every path is valid. Krishna states in the Bhagavad Gita 4:11, “In whatever way people surrender unto Me, I reciprocate accordingly. Everyone follows My path, knowingly or unknowingly.”

Evil politicians, child molesters, wife beaters, crooked bankers, dishonest lawyers – all following perfect paths leading to the Divine. We all eventually make it. No soul is lost. Reincarnation brings one hundred percent justice and illumination to everyone.

But would I knowingly want to hobble my way to God? Would I want to use an extra hundred or thousand lifetimes to reenter this plane of suffering just so that I can say I “chose my own path!”? No thanks. I’d rather know the most effective way and see if I can practice it or not.

The Avatar Sri Ramakrishna said, “In the present age (Kali Yuga), the path of bhakti as preached by Narada is the best, and the most suited,” and

“Bhakti is the one thing essential.” 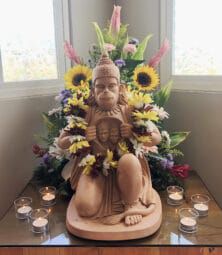 Yogananda declared, “The sole gift a human being may present to the Infinite Giver is love. To bestow that gift on God, or miserly to withhold it, is man’s only private power. All else already belongs to the Maker of heaven and earth. By pure humble bhakti, man becomes fit to enter even the ultimate haven, the Immutable and Unmanifested.”

To believe in an illuminated being is to have faith in their nature and unwavering confidence in who they are at their core. Doing bhakti to a Being like Jesus or Maharaj-ji (believing in Him) is to follow His path with as much strength (devotion) as the student can muster. It’s far from just agreeing that He existed.

Bhakti is bringing the mind, out of the world, out of duality, back to our Being of devotion as much as possible. The practicer then repeats/increases the bhakti until they become one with the Being of their devotion.

The object of one’s bhakti yogi should be a Being that is desireless, only-other-focused. If you do bhakti to any illuminated saint, you will progress on the path of enlightenment – a state outside of duality that is selfless. We all become what we focus upon! It’s easy to do, and the more you do it, the better progress you make. Every round of practice counts for eternity, whether your heart is in it or not! 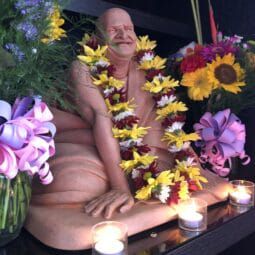 The more a soul devotes itself to the Saint, the more that soul takes on the form of their beloved. By Jesus’ teaching, when an individual gains the awareness to discern duality, they have been “born again” and entered the “Kingdom of Heaven.”

In a prelude to a 2006 interview with Ram Dass, author David Wagner wrote, “(he) is a practitioner of gurukripa, a very ancient form of bhakti yoga in which the practitioner endeavors to follow his guru’s teachings and cultivate a relationship with what is known as the guru’s kripa or grace. Grace could be defined as a kind of inner mystical support or unconditional, transcendental love that flows through a Being who has become one with the Absolute.”

Through Ram Dass, I found the path of “gurukripa,” devotion to an enlightened Being, Baba Neem Karoli. How do you know if a Being is genuinely illuminated? Their only concern is the welfare of humanity. They live entirely selfless, solely to guide others to God. Maharaj-ji said, “The eyes of a Saint are always concentrated on the supreme self. The minute he is aware of himself, sainthood is lost.”

In recent times I’ve heard a number of people, including some famous personalities in the public eye, say that Ram Dass is their guru. However, to present Ram Dass as “the Way” or “the Guru” is to mislead gravely. Someone asked me recently, “Is there really anything wrong with worshipping Ram Dass?” I’ll let the man himself tell you…

“Sort of why I have all these pictures of high beings hanging around here. It’s like the difference between reading Buddha and reading Alan Watts. Alan Watts is very groovy, and he’s a very high journalist, but he’s not Buddha. When you read Alan Watts, you’re reading groovy things and a beautiful explanation for a layman of how it all is, but you’re also getting all the reasons why Alan Watts isn’t Buddha. He can’t help but be his being, whatever that being is, and the being is that he’s not Buddha. So that’s what you’d get… it’s like Typhoid Mary.” – Ram Dass (Be Here Now podcast episode 108)

“You can certainly pick very high teachers. I mean, I’m a teacher; obviously, I’m sitting up here teaching – I’m not a Guru, but I’m a teacher” – Ram Dass

“The difference is that a teacher points the way; the Guru is the way. The Guru is a cooked goose, all their seeds are burned, and they’re free, so when you’re with them, they are a clean mirror, so you only see your own stuff; that’s all you see, you don’t see your stuff mixed with their stuff, because they don’t have any stuff. With the teacher, you never know what you’re getting because part of what you see is their stuff, and part of it is your stuff.” – Ram Dass (https://bit.ly/GuruvsTeacher)

I love Ram Dass. I call him “my hero.” I’m frequently re-reading his books, listening to his talks, studying his philosophy, and encouraging others to investigate his teachings. However, I don’t worship (do bhakti) to him. For me, it would dishonor his memory – it’s the opposite of what he clearly instructed me to do. Ram Dass pointed me to The Way that worked for him, Maharaj-ji, and I’m super thankful! However, to worship Ram Dass (or any teacher) rather than an illuminated saint is like ignoring the sun for a match. It will have negative karmic consequences and slow down your spiritual journey.

Maharaj-ji, while in body, was a house-holder on the middle path. He had a wife and kids. He faithfully kept His family obligations while serving God’s creation with every other breath. Maharaj-ji started and finished well. It’s His seemingly-flawless example that I want to burn into my soul for use in my many incarnations ahead. I’m storing the treasures Maharaj-ji shares with me in my soul. The more bhakti we perform, the more heavenly jewels we take throughout our eternal lives.

Even if Maharaj-ji were not a perfected Being, His philosophy of “Feed everyone, serve everyone, and remember everyone is Divine” is a thought process that, if adopted, would bring harmony to our reality.

If you observe closely in society, you’ll see that everyone does bhakti (devotional worship) to something – it’s just usually not God. Most folks have devoted themselves to materialism (money/power) and dedicate most of their brainpower and soul-focus to that end. However, nothing in form can nourish the soul – ever. Only love does that.

“The Eternal Law of Life is that—’ Whatever you think and feel you bring into form; where your thought is, there you are—for you are your consciousness; and whatever you meditate upon—you become.'” – Godfrey Ray King

God or money? Can’t serve them both.

I pray the subject of your devotion by worthy of the value of your eternal soul.