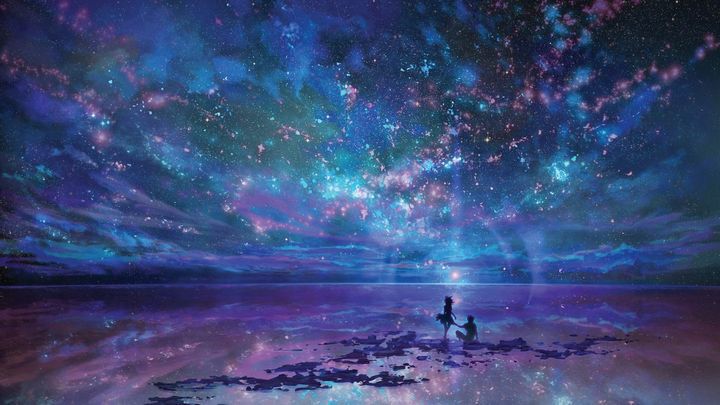 And how my family played a role in it

I’m very secretive about my spiritual side. I’m guessing my parents know that I’m upto something but they don’t know exactly what (and to be honest neither do I. LoL). Nothing can truly be hidden from our parents. But I don’t talk about my experiences with them, I like to keep most of them to myself.

My father is not a man of faith. Though he believes in advaita vedanta and meditation, bhakti seems like child’s play to him. He often says that doing nitya puja (like offering food to God or dressing up the deity) is adults playing with their set of dolls. (Please don’t be offended by this. I’m just sharing his opinion because it’s an important part of how my spiritual views were shaped). My father doesn’t believe in the concept of paap and punya but he has a strong sense of ethics and lives by a moral code.

My mother on the other hand is a devotee. She loves her Gods and enjoys serving them and performing nitya puja. She doesn’t care much for philosophies. She knows her God is there to take care of her and her family. At times she quibbles with God which sometimes turns into a full blown fight and she ends up threatening God, (especially Vishnu) that if He doesn’t listen to her then she won’t be performing his puja anymore 😂. She always takes her pair of gopalas with her on all of our trips because other Gods are adults and they can manage themselves but gopalas are kids so she has to take care of them.

But both my parents are respectful of each others spirituality and neither of them tries to change the view of the other. Now, living admist this conflict of spiritual ideas I never cared for spirituality much. My parents never taught me about spirituality either. So I wasn’t conditioned about spirituality and I was free to take my pick. As time passed, I started delving into this world with baby steps. I picked up the gita for the first time when I was in class 8 (it was my gita by devdutt pattanaik) and somehow the things mentioned there made sense to me. My father encouraged me. As I’ve mentioned previously he always supported intellectual prowess. Then, a few years later, I picked up meditation and my mother encouraged me. And when I was in class 12 I slowly drifted towards bhakti. Now that I look back that element of bhakti and having emotions for God was there since my childhood which I had, probably, subconsciously picked up from my mother. Last year my mother found me humming bhajans and she said why are you like an old lady humming bhajans instead of doing things that kids your age do. I just smiled in reply. It felt like a compliment to me.

Many people have trouble picking out an ishta devata for themselves. But I for one never had that trouble because my ishta was present at every turn of my life. I just needed to see it. I’ve always wondered what would have happened if I were born in a family of staunch Iskcon devotees and I got my answer. In that case, I would have detested bhakti. I’m the kind of person, who, if pushed in one direction will invariably go in the other direction. So my ishta very cleverly picked the right family for me.

So, in case any of the parents are wondering how to make their kids spiritual. I’ll suggest don’t try too hard. Just let them be and condition them as little as possible. Let them walk their path. They’ll simply watch and learn. I too thought being an atheist was cool, at some point but that dormant faith in one’s heart will always find a way.

I would like to end this blog here. I hope I didn’t bore you. Thank you for reading this post and giving me your precious time. See you soon 😊