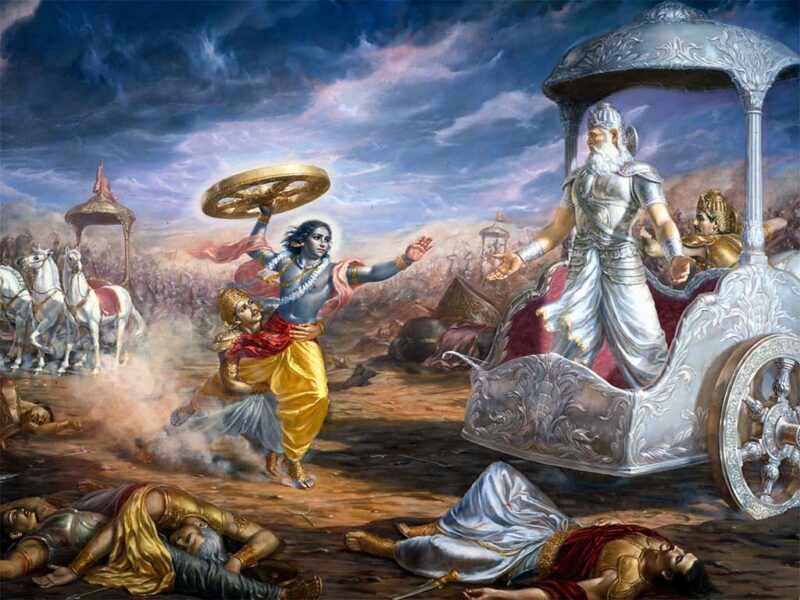 Bhishma : A Guardian Prince or an Extraordinary Yogi?

How would it appear when Jnana yoga, Karma yoga and Bhakti yoga come together

In my limited exposure, I have found the wisdom imparted in Bhagavad Gita to be the ultimate guide towards truth or oneness. The paths depicted in Gita seem simple to comprehend and extremely complicated to follow. However it appears as if while Krishna was walking Arjuna through the paths of Karma yoga, Jnana yoga and Bhakti yoga; there lived a person around, who was a Karma yogi, Jnana yogi and Bhakti yogi. That person is the unbelievably accomplished Bhishma.

Once the energy is manifested as matter, while taking multiple shapes and forms in time; there is a longing for possession in every single form. We all strive to be powerful by possessing more and more people, approval or material. While we strive for the better or more, we fail to notice that our own body and mind that appear to be our own are not our own and can’t be possessed. We may eventually realize that energy flow cannot be possessed however can be contained and channelized.

I have always wondered about those individuals from history who could contain their mind and energy to channel it into one strong thought or diety and manifest the diety, while still striving for the possession of the life or the universe and asking for it from the diety. It means that a person capable of the willpower and flow of energy to contain the mind can still be deluded about the possibility of possessing his life hence the possession of the universe.

Bhishma is one person who willingly gave up all his assumed possessions to contain energy. Hence time and space stopped moving in him. Life gave him an option to possess everything he could contain. Devavrata the prince, became Bhishma, the Yogi by giving up all the powers that were bestowed on him by birth or by ability. He stopped time. He could be immortal if he wished to be so.

Bhishma is a jnana yogi being eternally guided by the intellect with identification only to the soul & neither to the body/mind nor to the kingdom/family. When prince Devavrata took the oath to renounce the kingdom or the right to have a partner throughout his life to fulfil the desires of his father; it was not just the expression of his willpower or sense of responsibility but the expression of his conviction in the truth that none of the matter around actually mattered. By being in alignment with truth at the thought/analytical level & later imparting the knowledge to Yudishtira he did showcase the path of jnana yoga.

If a person has the knowledge, awareness and will to renounce, the life of a renunciate who has secluded himself is calm and beautiful however Bhishma was a renunciate who was also a servant of the throne and guardian of the kingdom. It basically makes him a person of the highest calibre and ultimate potential with eternal responsibilities without even one ounce of freedom or sense of choice. He could not decide right or wrong at his will however had to adhere to the will of the Kuru dynasty and serve. He did it with ultimate vigour and conviction without questioning even once. That makes him an extremely dedicated Karma yogi.

Bhishma was immersed in his surrender to Krishna or the ultimate while operating in the external world. His ultimate goal was to surrender to the will of Krishna and be one with him. His devotion helped him possess love rather than matter hence identifying with the one truth rather than the flow of matter. A bed of arrows he had to sleep on before choosing his death, depicted his life span which was a bed of thorns; was only his external truth and not the experienced truth. During the war of Mahabharat, Krishna did break his own vow of not holding a weapon to uphold the vow of Bhishma which shows the purity of Bhishma’s Bhakti.

We all inherently have a longing in us to experience the whole. Hence being a cell of the universal body; who cannot even possess the mind and body that one directly experiences; we try possessing the world atound that we indirectly experience. Longing for power is ultimately the longing for freedom. Let’s mull over Bhishma’s journey in an effort to understand, contain and channel our own longings.