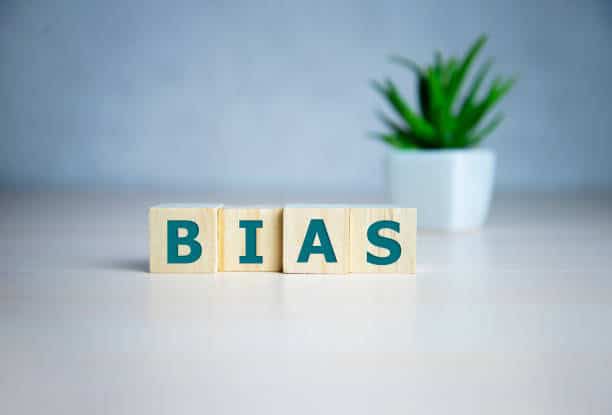 Biases That Blind Us

Be Better Thinkers by Removing These Three Cognitive Biases

Biases That Blind Us

Be Better Thinkers by Removing These Three Cognitive Biases

We are humans—the most intelligent and rational creatures on this planet. But in actuality, we are more instinctual and emotional than rational. We like to think that we’re absolutely logical and informed decision-makers, but the fact is we are largely blind to our own blindness.

We do many systematic errors in our thinking and decision-making process, more than we realise. These systematic errors are called ‘cognitive biases’ or fallacies in Psychology. Over the years, social and cognitive psychologists have discovered many hidden cognitive errors in our thinking and behaving by conducting hundreds of experiments and studies. There are over hundred such biases, which we all more or less share. These biases hugely impact every aspect of our lives—from relations to the stock market, important life decisions to buying things, evaluating circumstances to predicting our emotional state and so on.

Awareness about these cognitive biases will make us better decision-makers and critical thinkers. The more aware we are about how we think and feel, the less confusion there will be. We will be able to respond to any situation better. Isn’t that a good thing?

Here are three very misleading biases which we should always be aware of.

This effect is named after two social psychologists—David Dunning and Justin Kruger. The effect says that people who are not competent enough in their cognitive abilities and have poor self-awareness tend to overestimate their knowledge and skills. Or in other words, people who possess less intellectual capabilities tend to believe they are superior in knowledge, and therefore, they have a false sense of self-confidence. This quote of Charles Bukowski perfectly summaries my point:

“The problem with the world is that intelligent people are full of doubts, while the stupid ones are full of confidence.”

Often we come across such people who talk in such a flair that it seems that they are absolutely right and certain in whatever they’re saying, that they have perfect knowledge of it. It shows that they are very confident in their views, opinions or beliefs. But people who have strong conclusions and opinions about everything are really the ‘close-minded’ ones, because a curious and open-minded individual will always be flexible in his thinking and open to new possibilities, never rigid. This is the sign of an intelligent mind. Only the ‘closed-heads’ are dead sure about everything!

The more we know something, the more we realise that there is much more to know, much more to learn. Isn’t it? Conversely, the less we know, the stronger our opinions are. Analytical psychologist Carl Gustav Jung said:

“Thinking is difficult. That’s why most people judge.”

How true is that! To think we need knowledge and thinking abilities—like reasoning, inferencing, formulating hypotheses, evaluating, creating solutions etc. These are all cognitive abilities. Those who are highly competent are also aware of their abilities and inabilities. They know their gaps in knowledge and skills. But those who are shallow-minded, because they have lesser such abilities, they also don’t realise how blind or wrong they are. Such people are always confident, but they don’t have any depth of clarity. 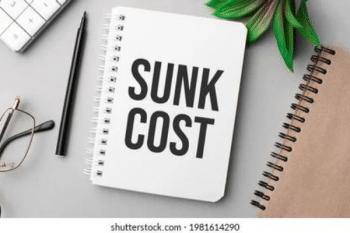 To explain this fallacy, let’s take an example. Suppose, you are a businessman, and you have invested a good amount in your business. But as time goes, you start to realise that your business is failing, and no further improvements can be hoped. What would you do? You have already invested so much that simply discarding it altogether now gives you chills. So you decide to go on with your business…in the hope that maybe in future your business will bounce back. This is the sunk-cost fallacy at work.

Whenever we invest our money, time, energy or emotion into something for a long time, it becomes difficult for us to come out of it completely like it doesn’t matter at all. It does matter to us! We try our best to recover the loss that we’ve already invested, instead of just accepting the fact that there is no further prospect in that. Our previous investments keep us from abandoning our effort, because if we abandon we have to accept the loss—which is not easy to accept.

The ‘cost’ that is already ‘sunk’ into something, works as ‘anchor’ which keeps us tethered to our dreams, and we carry on giving our time, energy and resources which makes it even harder in future to step back from it. This thought pattern can cost us dearly. That’s why in India, divorce rates are the lowest in the world because Indian women are persistent in improving their married life, they don’t just abandon everything.

This thought fallacy can be seen very evidently in gambles and casino games, where even after losing a number of games, because of the lost stakes and an earnest desire to win everything back, people keep playing, consequently losing very badly more often than winning.

This fallacy also works quite strongly in relationships. As your relationship crosses years, it becomes harder and harder to come out of it, because by that time so much emotion, energy, time and love have been invested that the thought of losing it all makes us go crazy. That’s why break-ups also break our hearts! 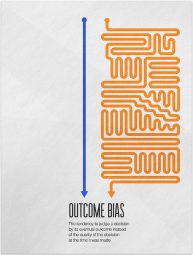 Outcome bias is the tendency to evaluate any task, action, decision or situation solely based on the ‘outcome’ or result at the end, instead of judging them by the procedures that led to the results. In simpler words, we tend to judge a situation by its final result alone, and we tend to overlook or ignore the way it happened or how it was executed.

For example, let’s say, you’re scheduled to meet somebody at a particular time. You arrive there thinking that it will be good to arrive there early and be punctual about it. But after arriving there you see, the other person is not yet there. As you wait, you slowly start to think— “Maybe I shouldn’t have come so early. It was a foolish decision!” You have fallen a victim to the outcome bias. You are evaluating your decision to arrive there early solely by the fact that the other person hasn’t come yet. So you denigrate your decision because the intended outcome was not met.

Or, let’s suppose, you decide to write an article for the OS.ME community. You give in your precious time, gather relevant information, organise it, write it, and finally post it. Yayyy! You should be happy, right? After all, you have delivered on your commitment. But no! When you saw your post didn’t receive any comments, even after so much time, you start to think— “Maybe I shouldn’t have given that post. I could as well not post it at all!” You are evaluating the success or failure of your effort just by the outcome ( ‘comments’ here ). But this is wrong thinking.

We are always goal-oriented. We do everything with a goal in mind. But when the goal or target isn’t met, we discard our whole effort as a failure. This is a ‘failure’s mindset’. We should have a ‘winner’s mindset’, where even if we fail, we see our failures as part of the process.

The process and the intention behind doing something are infinitely more important than the final result it produces.

That’s why, how you say something and with what intention you say it is always more important than what you say (this is called framing, by the way).

To avoid this fallacy always remember this:

“The end does not justify the means.”

P.S: To write this article I have taken help from Rolf Dobelli’s book “The Art of Thinking Clearly”. Also, Google Baba helped me.

Thank you for your patience.

The Witching Hour
Your Favourite Quote