*Thats the thing about books. They let you travel without moving your feet” – Jhumpa Lahiri*

I really wonder, how an author can write a story. Weave words out of nothing to form brilliant narrative? Especially fiction,!! where no precedence exists. In brilliant book, “Calcutta Chromosome” , Amitav Ghosh writes on internet, Alexia, Artificial intelligence, holographic communication when no such science even existed when book was written in early nineties. This takes me to another brilliant futuristic author, Jules Verne. In my teens i read his book “20,000 leagues under the sea” where he describes Submarine named Nautilus, scuba gear, electric stun guns, all while not even steam engine was invented at that time. How could these authors sneak into future or did today inventors based their inventions on past authors imagination? Honoring Verne-the man who invented future , US Navy christened its first nuclear submarine as USS Nautilus.

What is heartwarming is that both books have Indian connection. Amitav Ghosh is Indian who with sheer brilliance sits on par with western authors and hero (or anti hero) of 20,000 leagues “Captain Neo” was described later as Indian Maharaja. 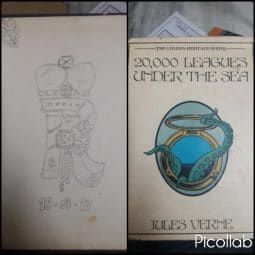 ” *Books are hard bound drug with no danger of an over dose. i am happy victim of books”*

The amazement to these futuristic authors doesn’t restrict to novels. Comics like Flash Gordon the space hero evokes similar wonder. When proper phone is not in vogue, there is space travel, teleportation, laser beams, time travel, inter dimensional travel (long before Christopher Nolan came ith Intestellar film) etc. To this day comics like Flash Gordon, Mandrake, Phantom occupy golden part of my book collection.There might be many other authors like Asimov, Clarke or others but I haven’t read any of their work nor has capacity or to touch them. Amar Chitra Katha comics regaled me with all stories from folk lore & myth. Ramayana had pushpak vimana & Mahabaratha had astras which in today languages can be nuke missiles. Multi dimension worlds, aliens, other worlds are quite a feature in our scriptures. Well, Star Trek came centuries later.

Now comes once again how could they spin tales on topics that doesn’t exist in that time period? How can you think unthinkable? Ever observed we seldom can claim any thought as 100% original. All our thoughts are just rehash or remix of existing/past thoughts. Nothing new or novel! I remember , an Advertising copy writer told me “I had only 2-3 original thoughts/ideas in 6 months and rest were just modification and additions to existing work”. Buddhist or ancient Hindu texts speak of existence of plane where everything that has been and would be is stored. Like universal memory or Akashic records they say. 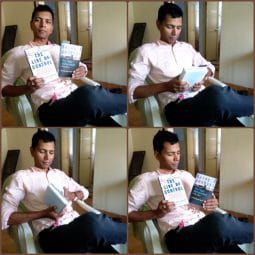 These writers’ (or inventors or film makers (remember films like Memento, Predestination, Matrix or Interstellar) imagination stretch beyond limits to new frontiers in space to access those records? Its like normal human beings minds are programmed to be in box and few (or chosen few? Now that’s something!) were able to break those boxes to soar higher or reach farthest ends of their mind that general humanity lost habit of or forgotten. Or some intelligent race (Aliens or Gods) insert ideas into human consciousness of chosen few for advancement of humanity? (In one comic Mandrake there is a story where aliens keep introducing new diseases from space to keep humans busy or restrict them to earth than exploring galaxy). The chosen one like Neo in film Matrix? 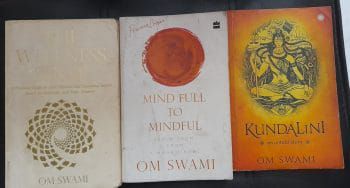 Well, I have no clue. I am always curious to know and every good great book, when I come cross, leaves me more amazed and more humble. But experiencing these things make my life more fulfilled and enriched. Poor aren’t those souls with less bank balance but those souls who don’t experience the wonders Universe presents. What a insensitive soul he/she whose jaw doesn’t drop and daze at brilliance of Creator Creativity and his Creation. 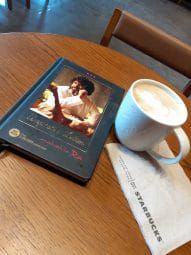 Love to ask you again my friend. So which book touched you the most? Which book changed your life & why