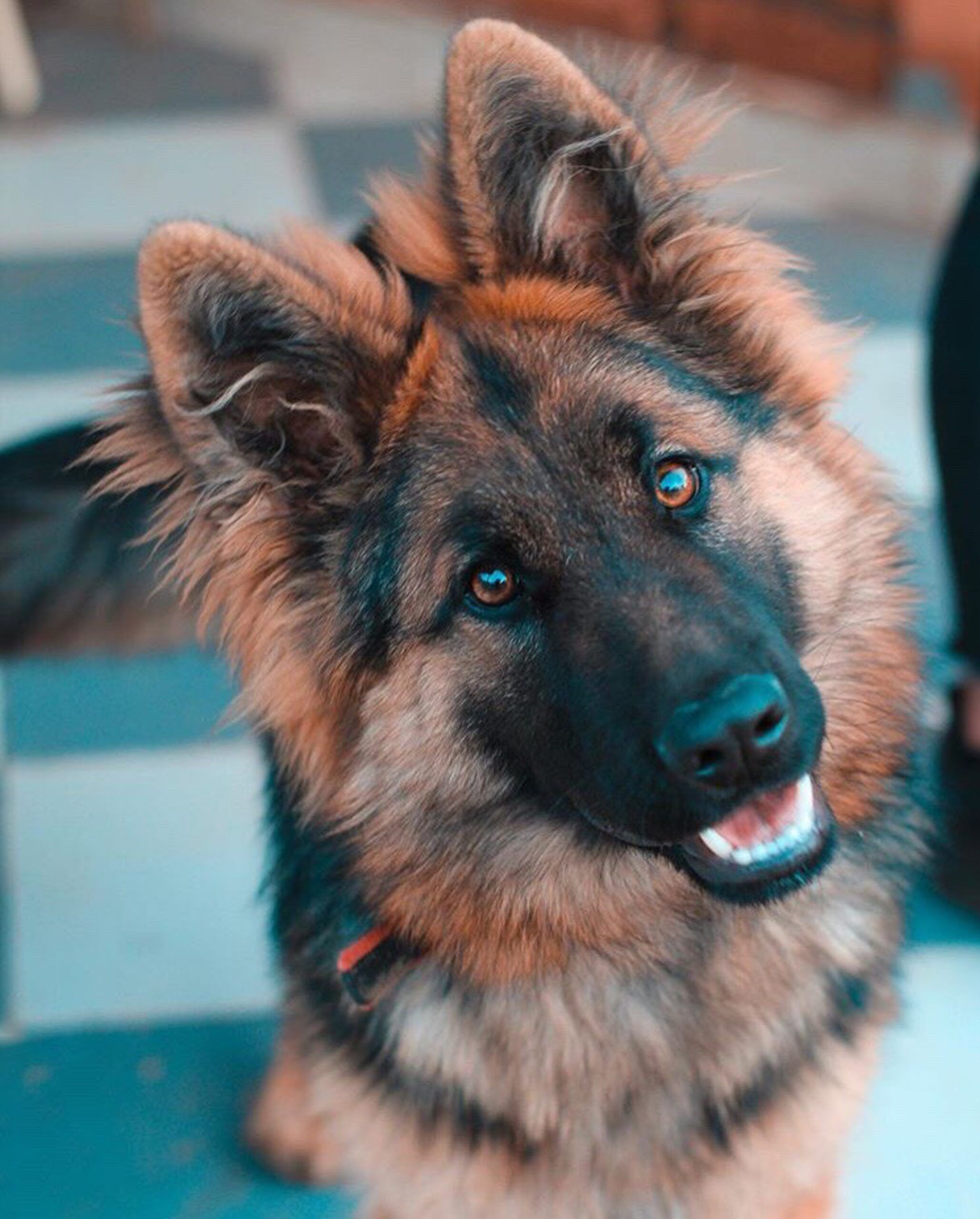 How will a big, gentle, dog react when faced with provocation from a small, cute dog?

A blood-curling scream tore out of me as I was running trying to save my small dog Riki being mauled by a Big German shepherd. The whole scene unfolded in front of my eyes like a movie. I felt as if I was watching myself in the third person.

Riki my small, cute cuddly, soft dog is  – a Shitzu and Lucy is a 4 feet strong, ferocious – German shepherd. Lucy’s jaw would probably cover Riki’s entire face she is that huge. I watched in horror as she nudged Riki with her big jaw not once but thrice.

My heart had stopped and I expected Riki’s face to be smeared with blood. As soon as I reached near Lucy she got distracted and stopped attacking Riki. What did I see instead of the gruesome scene that I had imagined? A clean Riki with no injuries. Was this possible?

Lucy ran away as I got more close. I cuddled Riki and checked him. He was all fine. I literally sagged to the floor with relief. My sister and husband had followed me listening to the scene as fast as they could and they too were relieved seeing Riki safe.

Was is Lucy’s fault? She is a ferocious, large, guard dog. Riki is a sweet, soft, cuddly Shitzu. Wouldn’t it be natural to blame the big dog?
Well, yes. But in this case I am not so sure. We were visiting Lucy’s farmhouse so it was natural for her to guard her territory. Dog’s are extremely territorial about their area.
In Riki’s case we were visiting and being a male he was probably exhibiting his strength and territorial nature and forgot about his small size. He had provoked Lucy by barking at her multiple times during the day. She had remained calm and ignored him. But long was her calmness going to last. She too had her limits.
So as Riki escaped his leash and attacked her by going near and barking. She lost it. Her protective instincts took over. and she attacked in return.
But being the gentle giant that she was it was just a nudge without injuring Riki at all. Thank God for his mercies!

This incident happened a couple of months ago but I penned it today as I saw a video on FB which triggered and brought back all the memories.
In the video a German shepherd came running out of his home and attacked a passing-by small dog. Both the owner’s tried to save the small dog from the clutches of the large one but were helpless against the onslaught of the German shepherd’s power and size.

The small dog lost his life as it was mauled and tossed around like a rag-doll. The whole scene disturbed me no end and triggered memories of this one.

I am so thankful to Lucy as she controlled her aggression and let Riki go. I don’t profess to understand the unpredictable behaviors of both – Dogs and humans. But the only thing clear to me as of now is to keep Riki away from other dogs instead of wanting him to be friends with other dogs and be social.

So my learning from this incident has been, if you have a small pet it makes sense to keep it away from large, coz when and if it comes down to a fight for whatever reason, small doesn’t stand a chance against big!