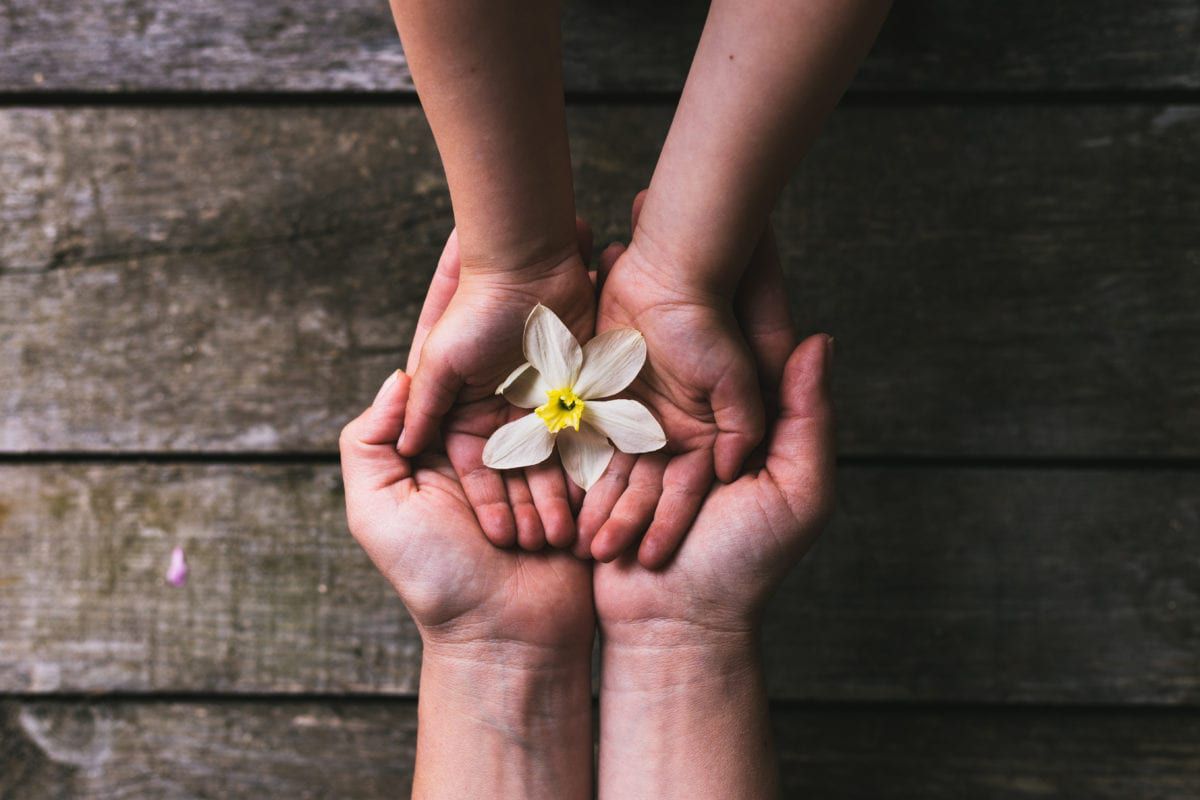 Old Trees have a lot to give to young saplings, only if saplings knew "how"...

Sometimes you go on with a situation unwillingly because you have no choice, but later in life, you realise that you were getting prepared by nature for the coming times ahead.

I was an average child in my early teens. Like all children, we used to spend summer vacations at my maternal family. Before sending me to my grandmother’s home, my mother always told me, “Serve your grandparents as much as you can, you don’t know what you’ll get by their pure blessings. Make them feel supported. Play, laugh, and make noise but not at the cost of their rest. They will feel good if you’ll take care of them.”

I always felt bored after listening to this list of do’s and don’ts. Then there was a feeling of anger that if I spend all my time serving my grandparents when would I play with my cousins. We were a gang of twenty-five cousins, and it had five mini-groups according to the age.

My grandmother was highly religious and she believed in her traditions. She used to offer Abhishekam to different deities in the wee hours of the morning and end her day after offering the oblations to Lord Sun in the evening. During the daytime, she would take care of the family of almost twenty people, excluding our gang of cousins including our service staff. It had been her routine for fifteen years. As soon as I reached my maternal house, I asked my grandmother, “Biji, Mummy told me to serve you and Bauji(Grandfather). Please tell me what I can do for you.” She smiled and asked me to take some rest and calm down.

She guided me on simple tasks but it was on top of my mind that I had to win their blessings. It was a pure emotional trade for me. Within two days, I realised that she had an extremely busy routine and felt that we kids were an extra burden for her.

Reluctantly I started waking up at 4.00 AM to help her. Waking up at the crack of dawn reminded me of my exam preparation days. The first day she refused to take any help from me. But soon she noticed that I was waiting for her instructions. She taught me how to offer Abhishekum to deities and offer flowers. The most interesting part of this routine was that after the offerings, I would sleep for about two hours. This was the most peaceful sleep I experienced in my day.

I also started preparing my grandmother’s small wooden bucket for evening Kali puja at the temple. Gradually, I started enjoying her company when she taught me the chanting of Surya Ashtkam Stotram along with her.

Also, I started helping her in the kitchen by serving rotis, cooked veggies, and lentils. For other tasks, she had lady helpers. Every night I used to look forward to good stories from her while giving a light massage to her feet. I would insist for stories from the ancient scriptures. Those memories still bring a smile to my face. She introduced me to Amar Chitra Katha. My cousins had an amazing collection of these comics.

By now I was a super shining and obedient kid in my grandparents’ eyes. My behaviour report card was superb. I felt very good when they praised me in front of my parents. Getting first position out of 25 competitors felt good.

Still, I was waiting for my blessings. Little did I know that blessings don’t need words. The seeds of service and devotion were sowed in my heart. My grandmother was the one who introduced me to service and selflessness.

One day I was sitting with my grandparents and my mother talking about our lineage Guru. My grandfather remarked, “Mani, it’s very early to say but your parents will be known by your name. This is my blessing for you. I know we’ll not be alive to see but what you’ll wish, you’ll achieve in your life.” In those times, grandparents rarely talked to their grandchildren about their career or studies. They only believed in passing on the goodness and what they received from the heritage of their experience in life.

At that time it was beyond anybody’s imagination that after two and a half decades I’ll be a monk after a successful corporate stint.

Time passed quickly and I was already in college. As usual, I went to my maternal family home to celebrate Holi. The very next evening, my grandmother passed away. It was a deep emotional shock in my life. My feelings couldn’t settle for a long time.

I started spending more time with my grandfather and his brother. My grandfather used to tell me that this time together is not going to come back. He once said “We are old trees, our seasons are over, this is bonus time for us. My blessing is always with you. You must be an ardent devotee of my Guru in your last lifetime, perhaps that’s why I love you so much.”

I completed my studies and started working in a bank. I wanted to give gifts & treats to my grandfather and his brother with my own earnings. By that time I totally understood that grandparents are the real well wishers because they become your “experienced” friends. They never misguide you and they are always loaded with blessings. Most importantly, they always have money that too only for you :). The cherry on top is that their enemies and your enemies are the same. You guessed it – your parents (just kidding).

One day I received a phone call that my grandfather passed away. I was extremely sad but this time I was aware and could manage my feelings better because he had prepared me for this day.

His brother became a monk and moved to our family Guru’s Ashram which was close to my home. I started visiting him there. I was doing well in my career & could afford to spoil him a bit. I drove him around the town on weekends. He had many friends of his age & was never short of company. Moreover, he was a trustee at the Ashram and was playing an important role. He was managing his life well but I could see a sad loneliness, a wait for death in his eyes. He was youngest among his eight siblings. Now he was the last pearl in the chain of his family.

During one summer weekend, I visited him along with my mother and two of my aunts. From outside I called out to him, “Chacha ji.” I got no answer. We went in and I saw him lying down in washroom senseless. We immediately rushed him to a nearby hospital and then shifted him to another hospital. Within a week, he passed away. I was by his side as much as I could and I took care of him from the bottom of my heart because I knew this is the last time and after this, I’ll never get any chance to serve him.

I think as we grow, our chances of serving elders & getting blessings fade. Then there is a question of whom we want to serve & how we are judged for the same. Unlike a child who never differentiates, we argue with ourselves and others about serving elders and getting their blessings (sometimes also their money).

In modern day & age, we often end up spinning our lives in such a complex web that we almost forget about old trees & their wisdom. We have managed to change the facade of life but nature hasn’t really changed. The wheel of time churns at the same speed for everyone. Thinking back, giving service for blessings may be the right approach. Nature is a smart accountant, we do get our reward on time. Don’t you agree?

P.S. Thank you, Payoja and her lovely parents for helping me with the edits. 🙂 and also thanks to Svadha ji for the feature image.

I wish I could have said, I am a flawless monk but alas I have been forbidden to lie :). So here I am a laughing monk full of flaws. My laughter as well as my flaws is all grace that I have received over the years. I was initiated by Sri Om Swami in 2018 into Sannyasa. Now, all my efforts are towards becoming flawless - so wish me luck!

154 comments on this post. Please login to view member comments and participate in the discussion.