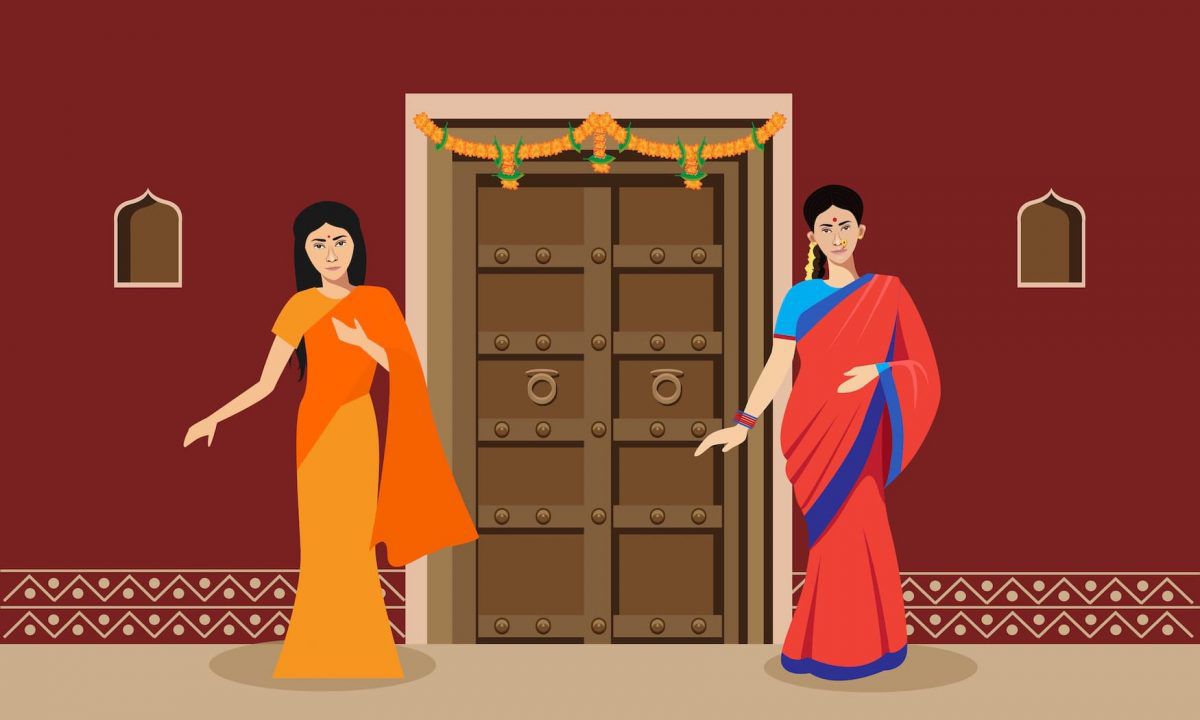 Brahma Vadini and a Lost Tradition

Why are most scriptures in Sanatana Dharma written by men? An author posed that question in a forum. Perhaps he had thrown light on the elephant in the room. Because at the time I published this post, I noticed that barely any man had commented on that write-up!

The question he raised has intrigued me for years, albeit a bit differently. I asked, how would all the scriptures of the world look through the eyes of a woman? Further, I wished to know what the ancient sages thought about this topic. So, I did some research to quench my curiosity. In this post, I endeavor to share those learnings.

Researchers view the period around 1500 BCE as the peak Rig Vedic era. During that time, many women received education like men. Their study comprised of learning the art of Divine living. The Vedic literature formed their core curriculum. At times, they also received training in performing arts.

Interestingly, during that Rig Vedic period, women could choose between two lifestyles. Those were known as Sadhya Vadhu and Brahma Vadini.

The term Sadhya means immediate, and Vadhu means bride. In the Sadhya Vadhu lifestyle, a woman didn’t receive any form of scriptural education. At puberty, she immediately became a bride.

Based on my understanding, the girls chose a Sadhya Vadhu lifestyle. The families did not force it on them. Their Yagnopavita was conducted just before marriage. For a Sadhya Vadhu, that ritual was merely a formality.

The Brihad-Aranyaka Upanishad refers to some women as Brahma Vadini. It means a woman who speaks about Brahman or the Formless Divine. That is, she was someone who had experienced her Inner Divine and could inspire others to do the same.

Girls choosing the Brahma Vadini lifestyle went through the proper process of Yagnopavita. Then, most of them received education at home. It was either from their father or some parental person. In some cases, they even went to learn alongside the boys in Gurukuls.

At the end of their study period, the Brahma Vadinis enjoyed similar rights as men. They became gurus who taught the Vedic wisdom. Also, at that point, she could decide if she wished to marry or not.

For instance, Devi Sita from the Ramayana appears to be a Brahma Vadini. The scriptures don’t say that directly. Still, there are references to her father Janaka educating her in the scriptures. Additionally, a few versions of the epic suggest that Sita married much later than a Sadhya Vadhu.

The Brahma Vadinis of Rig Veda

A Brahma Vadini was also known as Rishika, the feminine of a Rishi or a sage. The Rig Veda contains the works of more than 27-30 Rishikas. Out of an extensive list, below are a few who remain popular to date:

The Deterioration of Women’s Status

After a glorious Rig Vedic period, the status of women deteriorated. That might’ve happened between 500 BCE and 500 CE. It was around the time when Sanatana Dharma’s scriptures got interpolated. A couple of texts dated to that time reflected the change.

In the Manu-Smriti, a book of conducts, the Brahma Vadini lifestyle vanished. The Sadhya Vadhu lifestyle became the only option for women. Consequently, the Yagnopavita ritual completely disappeared for the girls. As a side note, today, Yagnopavita is performed only for a handful of men, and most of that is just formality.

Another scripture of that time, the Artha Shastra, resigned women to just mothering children! Other texts even listed rules where women weren’t allowed to study the scriptures. They could read only the Puranic stories. Even to date, the effects of that period remain. In fact, most followers of Sanatana Dharma have no idea that a concept of Brahma Vadini even existed. More so, of a married one.

In today’s world, most women become householders by default. Some of those struggle due to their internal spiritual void. At present, there are quite a few renunciate women. Still, only a minuscule percent of those have experienced their Inner Divine. Sadly, the culture of married Brahma Vadinis is almost lost. In the last hundred years or so, we can count their number on the fingers of one hand.

In this era of women’s empowerment, it’s time to revive the Brahma Vadini lifestyle as well. For that to happen, women must realize their potential. That, they can be more than just wives, mothers, and money-making machines. If they wish, they could experience their divinity and be beacons of spiritual love and light.

By Divine Grace, I’m walking towards that lost tradition of married Brahma Vadinis. Now, I implore many more women to join me in reviving that almost extinct culture.

Rejoice for Selection or Get Somber for Rejection
Choice of Words: a Stairway to Love