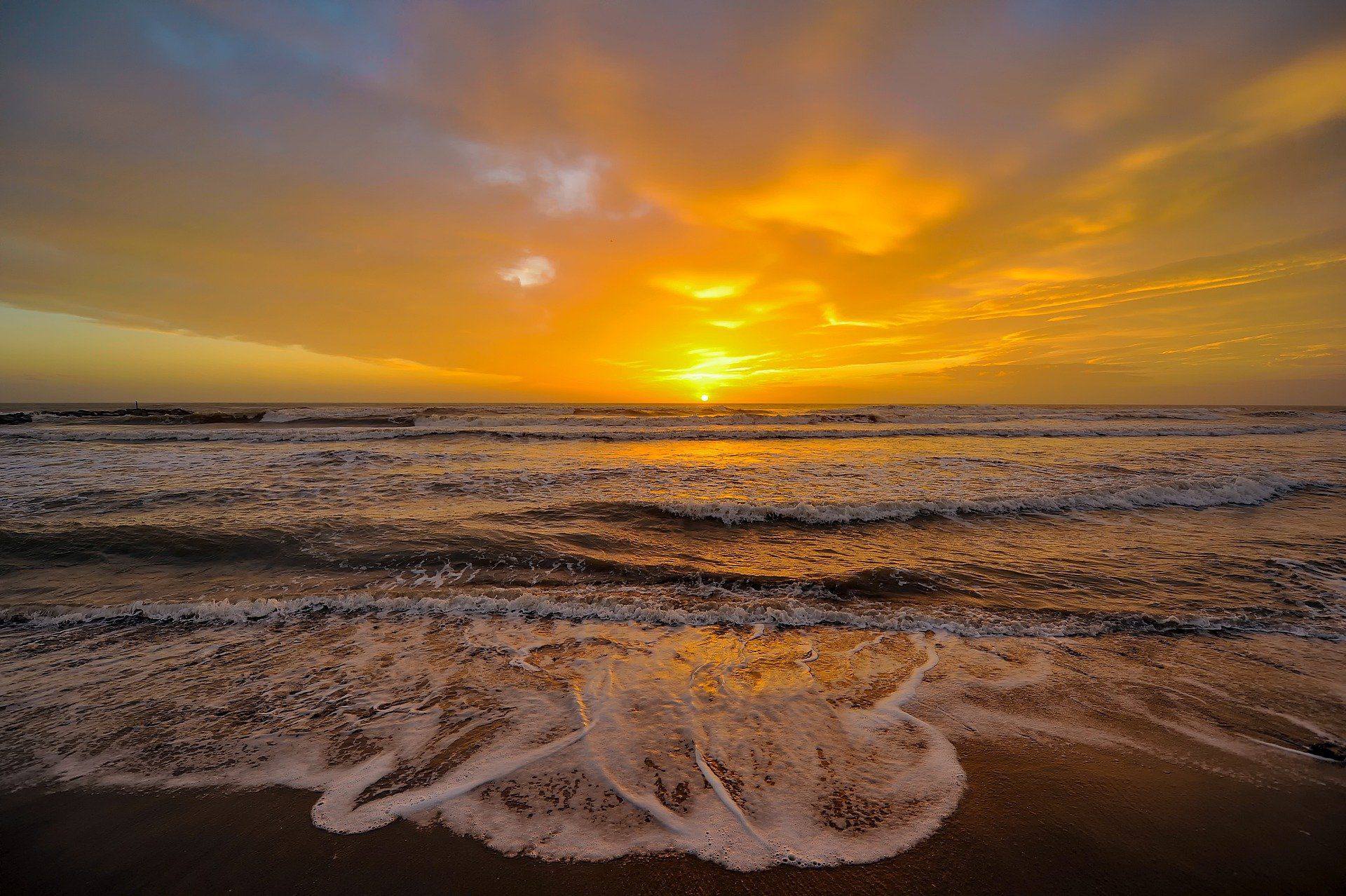 By the Sea Shore

By the sea shore and watching the waves break one after another is an experience which never fails to thrill me.

We humans are but new born babies compared to the sea which is so so ancient, almost as ancient as our planet itself. The sea has been the silent witness to the innumerable changes our planet has been subjected to ever since time immemorial. The sea itself had served as a womb for life to be born, and it was from here, that life had slowly evolved and moved out to spread all over the planet.

Even today the sea looks at us majestically, sending waves after waves. Our presence or absence makes no difference to these waves. Sometimes these waves gently caress our feet, and sometimes they drench us if we are careless enough to venture farther into the sea. Some waves are small and we have to go forward to greet them, and some are so intimidating, that they force us to withdraw. Some appear big as they are making the entry but are actually small, some on the other hand look deceivingly small but are big enough to drench us.

All over the beach are the sea shells, some teeny weeny, some large, in vivid shapes, sizes and colours. But try as much as you can, you will never be able to find one sea shell which is an exact copy of another. Each one is unique, and each one is all that remains of a tiny little being which was once upon a time inhabited it. How many millions of shells are there!!! How many of these tiny creatures have lived their lives and gone by, and all the while the sea has been there witnessing it…

In the evening, lots of people come to the seashore, to enjoy the gentle cool breeze, to play in the waves, to spend some beautiful moments with their loved ones. Kids squeal in joy as the sea sprays water on them. They build sand castles which the sea flattens down how much ever hard they try to protect them. After all nothing lasts forever, does it?

After a while the sun slowly starts making his way down, changing colour from yellow to orange to deep red before finally taking the plunge. And each day, the colours spilling across the sky are in slightly different shades. Each day brings with it its own beautiful sunset which is different from any sunset that has ever happened, or will happen again. The sea has been the only witness to millions of these sunsets which have been happening across the years, and will happen in the years to come…

Allergic To Meditation
How To Make Studies Not Suck