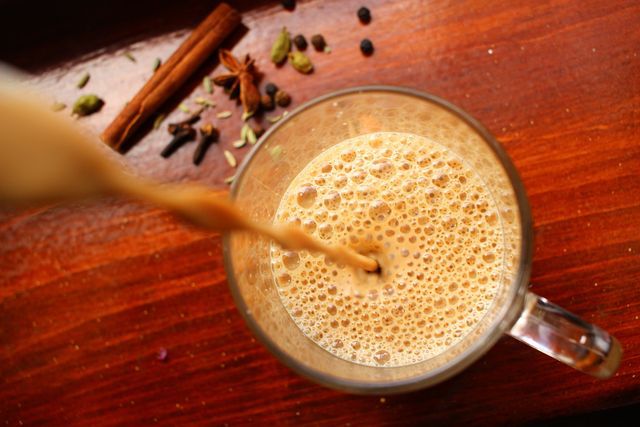 When you go from strong addiction to no consumption, all in 40 days

I haven’t shared anything for so long. There is so much going on in my life right now. One thing, which I have been thinking of doing for a long time, is sharing my story with chai.

As a kid, I really liked chai. I remember hearing, “Bina chai din shuru nahi hota” from elders and I just couldn’t wrap my head around that statement at that time. I asked my mom if I could have a cup to which she replied, “Abhi tu baccha hai, abhi se chai??”I had it anyway. I would usually eat some snacks with chai in the evening every now and then. But as a kid, you don’t associate addiction or any other word with things. You just do them without thinking much. Kids are attracted to sugar and my affinity for tea was only because it was sweet.

When I was in class 10, I started drinking tea and coffee because now, I had to stay up late for studies because that’s what everyone was doing and it also seemed cool. I, at that time, knew people are addicted to it. I thought I wouldn’t be addicted. And I wasn’t because when I decided to quit drinking tea after 2 months, I easily could. So tea addiction never scared me. Other substance addictions do though.

Now, after I passed class 12th, I started drinking tea again. I was going through a tough time back then. If you have read my previous posts, you know exactly what I am talking about. But that’s not important here.

I can, not so proudly say, that I have averaged around 3 cups of tea every day for the past 2 years. This time I knew I was addicted. But I never tried to formally quit. I was too scared of failing. My mind told me beforehand that you would fail so why even bother taking this challenge. Since I never really tried, quitting tea was still associated with ‘EASY’ in my mind.

I decided to officially try this time. I had my last cup of tea at 4 PM, on the day before Navratri. I thought  I would have a tough time. But to my surprise, I didn’t feel like drinking tea at all after I quit. I did face severe headaches for a couple of days initially. But after a week, the physical uneasiness was gone. Indeed, there was a big gap in my lifestyle now, which I had to fill somehow. I did that by drinking warm water in the morning.

I also started running. Actually, that was the main reason I wanted to quit drinking tea. Maybe that’s why it was so easy for me. If you want to quit, definitely give this method a shot. Start with some physical exercise and make not drinking tea a secondary. Maybe that’ll work. Experiment.

Well, this was one of the things I did when I wasn’t writing.

Bond with the Best!!!!
Only Hurting People Hurt Other People