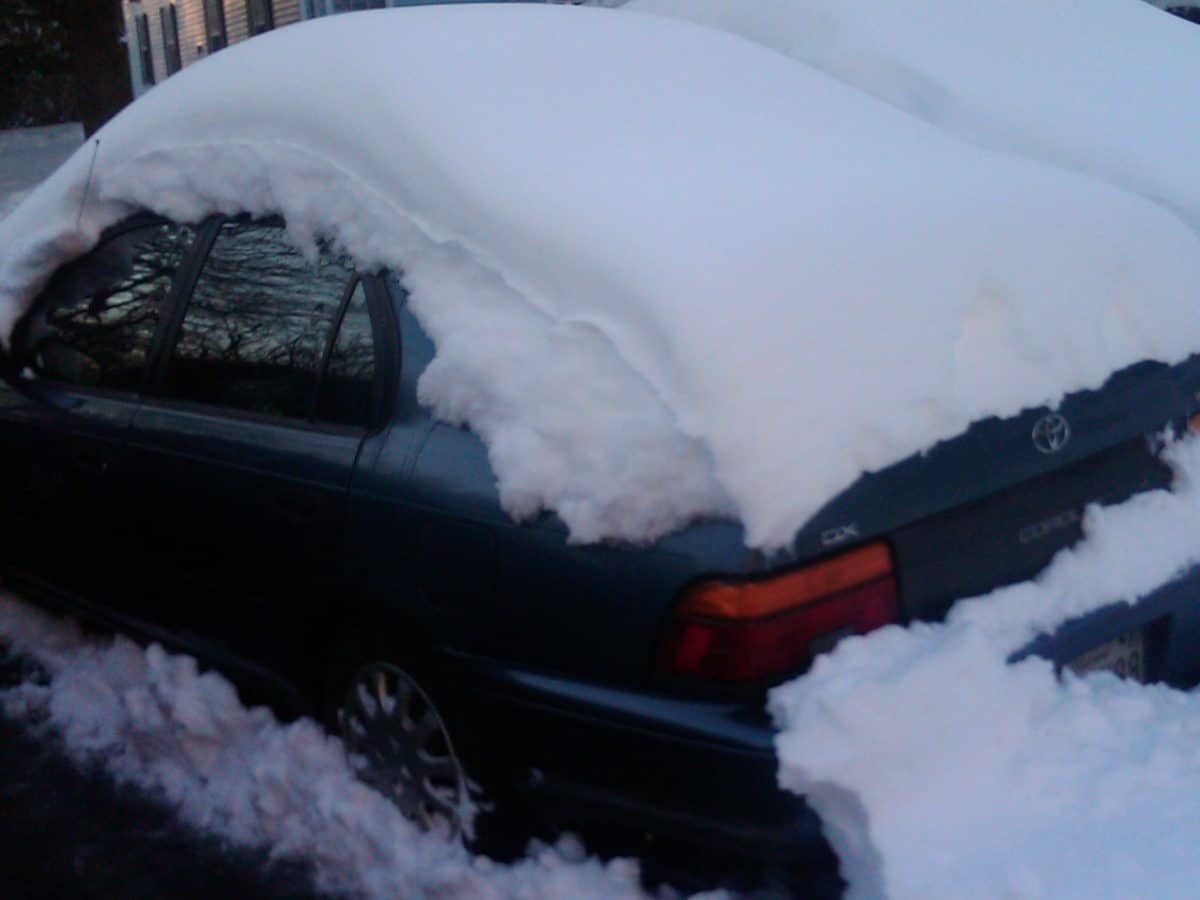 (This is the first of two incidents in 2011 where I had a snow related experience.)

On January 26th 2011, I went to work like any other day. After lunch, some coworkers were discussing about the possibility of snow in the evening, and whether they should leave early from work. My home was a 30 minute drive from my workplace, I was not very concerned about leaving early. I left at 5:30 pm, which was about the time I would leave each day. I even stopped to get gas at the gas station near my workplace, before I began my commute home. It hadn’t started snowing yet. I was already making plans for the evening – what would I eat for dinner, would I watch a TV show, play some bridge, or just relax… I was counting my chickens too early, and I could have never guessed what was going to happen next.

A few minutes after I started from the gas station, it started to snow. Nothing unusual – snow was indeed expected – I just had to drive carefully; and should I cook make some rice and curry for dinner, or should I simply order a pizza from the Ledo’s pizza near the apartment? I continued to muse and drive on. The snow started falling at an unprecedented fast pace. It was getting serious now.

The Federal Emergency Management Agency (FEMA) has the following metric for the average rates for snowfall in their website:

Snow will often accumulate at a rate of 0.5 inches an hour. Snow falling at over 1 inch per hour will lead to rapid disruption. More than 2 inches per hour will invariably disrupt community activities altogether.

I had traveled 10 minutes from work and had another 20 minutes to get home. But pretty soon, traffic came to a standstill, the only color I could see everywhere around was white. There were cars to my right, cars at the front, cars in the back, (I was in the left lane so no cars to my left), cars on the other side of the median. One thing was for sure. I was not going anywhere for a while.

My mind started chattering incessantly. “Oh God, what have I gotten myself into”, “Thank goodness, I got gas, I will not run out of gas now”, “Wait a minute, if I didn’t get gas, I might be home by now”, “No, I would have gotten stranded a bit further and would have run out of gas”. “Why couldn’t I have paid heed to my colleagues’ words and started early?”, “Thank goodness, I have the heating on, at least I am warm.” Just then, my car spluttered and the car stopped.

I tried starting the car several times, it wouldn’t start. Looked like my battery had chosen this second to conk off, out of all possible times. I did have a jump cable, and could try jump starting the car. I got out of the car, knocked on the windows of the car to my right.

I connected the appropriate cables, and he tried giving me a jump start. It worked! Yay! I was going to be warm again. I thanked this gentleman profusely and got back into my car. It was around 6:15 pm. I had an idea. The WTOP news channel traffic team takes calls from listeners. How about calling them and asking for some sort of help? I googled the number on my blackberry and made the call. Bob Marbourg, the Washington DC Traffic Guru himself picked up the call.

Me: “We need help here in Gaithersburg. The road has come to a complete standstill. Could you please call the authorities and send for help here.”
Bob: “The entire city has come to a standstill. Cars are stopped everywhere. You just have to sit tight and wait.”
Me: “Isn’t there anything else that you could do?”
Bob: “Sorry, but as I said, the entire region is affected. This is unprecedented. I’ve never seen anything like this before”.

And Bob Marbourg has been working traffic for several years now. Well, at least I got to speak to Bob Marbourg. Nothing eventful happened for several more hours. I came to know later that this evening had come to be known as Carmegeddon, since cars were stranded all over the Washington DC tristate area. It was around 2 am that cars finally started moving, and I reached home around 2:20 am, famished. I wolfed down whatever food was available in the fridge. This might have been the most glad I have been to step inside my home. The silver lining was that I had a story to tell. I later learned that this story was told by my aunt to my 4-year-old niece as a bedtime story – “Prahalad Mama’s Snow Adventure”.