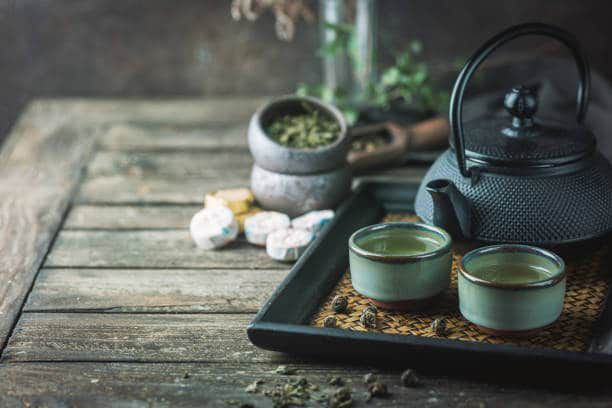 A slight tinge of pink draped the Japanese sky in a bundled blanket, and the air desperately tried to find some relief from the cold as it fiddled with the locks and tapped at the glass, hoping to attract the attention of a pale girl who sat at the window, a paintbrush adorning her hands, which seemed shrunk from the cold air that flew in every time she’d shut and close the window pane, an annoying yet catchy tune being performed like a winter orchestra by the little bells on the blind.

“Aika chan!” Her mother would scream, fed up, for she seldom knew what to do with her girl. She shook her head. Aika-chan tried, but it was never enough. Nor was it for Ena-chan, her mother.

Ena-chan was not a bad mother by any means. However, she felt she was one, as it is with most mothers. Ena-chan had never intended for her life to turn out the way it had.

Unlike most girls her age who were choosing pretty kimonos, and other fripperies, Ena-chan at sixteen used to collect her pocket money each month enough so she could buy a can or two of paint, to dip her brushes into and dab across a white canvas, creating beautiful stripes of red, green and yellow. Ena-chan loved the stripes, for it seemed to her that life was made more colourful by those little drops of paint. However, soon came the day when she was painted off at the age of seventeen years, and she since that day she remained enveloped in silence, like the sky. Like her daughter, Aika-chan.

Aika was a sweet girl of fifteen, and her young mother struggled to let her blossom as she would wish to let her. She too loved to paint, and showed it in forms other than dabbing across the canvas. Ena-chan would find in the laundry each day at least a couple of robes stained with blue and greens.

“They make it more colourful,” She’d reply if confronted. Aika-chan at her age was still quite like a child, innocent and fresh like new berries from the garden bush or the first blossom of the spring. Ena-chan liked it, but it was worrisome. At her age, most women readied themselves for a good life, while Aika-chan seldom found time else than to smear her brushes across whites.

It was however, also understood why she was the way she was. Being brought up in a family of four and living with 6, all artists, was hard enough. For artists they were and so they were to be, as circumstance had left them with hardly an option but to pick up whatever that was offered. Laughter was what kept them going- laughing each day and night. Aika had wanted to be a soldier at first, and her brother had laughed at her dream for days altogether, for reasons everyone could understand, the first being, Aika-chan was a girl, and the second, they were just a humble family of artists. They couldn’t change that fact, and how was little Aika-chan to understand that?

If only, they knew, Aika-chan wasn’t as little as she looked. Her thoughts were mature- far more than any of theirs would ever be. And she wasn’t going to let anyone know about it. She knew better than that.

The blossoms of pink and white have begun to drape the grassy grounds in a pretty carpet, much like the ones Mama makes with her nimble fingers. While most see torn fingers draped in scars from a thin needle, I see sweet hands that have made so much of me. I remember the days she’d plait my hair with them, and for me, each braid would tie me further to her tender heart, in unbreakable chains, much like those in my hair, that would further strengthen our bond. I’ve found only a few people who love me so. However, animals most certainly do. I see Taro, my little dog running around my ankles, panting and asking me to feed it some of the leftover fish lying in his bowl outside. However, I resist from giving into his sweetness and cuteness. To do so would be suicide given the amount of cold. Whenever I do so, I consider myself to be a selfish creature. Humans are strange enough, given their desire of heat in Winter and cool in summer. Our thirsts are so hard to quench. I’ve been pondering over this for a few minutes, now. Let me get back to work. But…

Taro seems to be so hungry, he nearly upset my paint from jumping around twice. I suppose I’ll drape a shawl and get him something to eat. It’s the least I can do for this sweet thing who gives us so much love. But I must do what I must first, however much I like the thoughts I’ve penned today.

“I’m going outside, mama!” Aika-chan’s high pitched voice made its way across the utensils lying in the kitchen as Ena-chan prepared Aika-chan’s father’s evening tea. She had been dutifully serving the same for about a decade and a half by then, she knew better than to get something wrong. He didn’t particularly comment if it didn’t taste just right, but Ena-chan felt it was the most she could do for all those hours he spent away in the shop, hammering away at wood. Aika-chan was fascinated by it, but she wasn’t allowed to sit there. Nevertheless, she would observe it from her place at the window. She tried to conceal herself, and she did a good job at it. But Ena-chan knew she sat there. She saw through her ruses- well, most of them anyway. Who knew what went through her childish mind. Ena-chan supposed it was a fascination with the garden blossoms and the distant tapping of the axe on the wood.

“Whatever for?” She asked over the clinking of cups, when told of her daughter’s departure from the house.

“Be back in a couple of minutes, don’t cavort about like you usually do, it’s cold..” she stopped short. “What’s that burning smell?” He nose lifted into the air, and she sniffed. She could smell something. Aika-chan flushed.

“I don’t know,” she said nonchalantly as she skipped across the hallway and into the garden.

Ena-chan went back to her work, although wondering still, trusting her daughter’s word.

“I suppose I’m getting old,” she said. Then suddenly, as if struck by lightning, “Oh god, I am getting old!” She went back to making tea, the clinking slightly more anxious than before. Things soon returned to normal.

Yet, the smell of a put out fire still traveled down the staircase like a butterfly waiting to be caught.

It almost smelled like burnt paper, lost in flames. Burnt paper containing thoughts worth a book, a book those ministers in the palace wrote. Better, perhaps. But Aika-chan couldn’t make a book out of them, she was a girl who wasn’t supposed to read but had learnt to, a girl supposed to be without thoughts such as those, sewing away at a pretty carpet like her mother did.

And she would do that, for she had to. Her father worked all day long, chipping at wood. Social suicide and criticism wouldn’t be the best way to pay him back. He couldn’t let everyone know he had a daughter educated and filled her head with thoughts undeserving of a young woman’s mind. He would never be forgiven.

Nor would she forgive herself if that happened. So, solemn as Aika-chan was, she let it burn. She let the paper burn, and she watched it loose itself in flames before she put it out and rushed down the stairs, Taro joyfully yapping away at her ankles. She wouldn’t let her secrets spill. she knew better than that.

A/N: This story is set in the Edo period of Japan, a time of massive change in the country. However, it is by no means a historical account about the same, neither from my own viewpoint or another’s. I’ve been asked by a ‘person’ to write it and so has ‘he’ written about the same, though much better. I’m not good at this and am trying something completely new, so I thoroughly apologise if this doesn’t make any sense whatsoever or does not correspond with facts.

All I want to say is, Aika-chan has a lot to teach us. Children might have innocent, sweet minds, but their philosophical thoughts are deeper than most adults, for they have the power of observation, which a lot of people lack.

By the way, observe my immense thanks to you for putting up with my writing and my annoying self, I appreciate it beyond what words can convey. Thank you again! Much love to each one of you. Until next time…