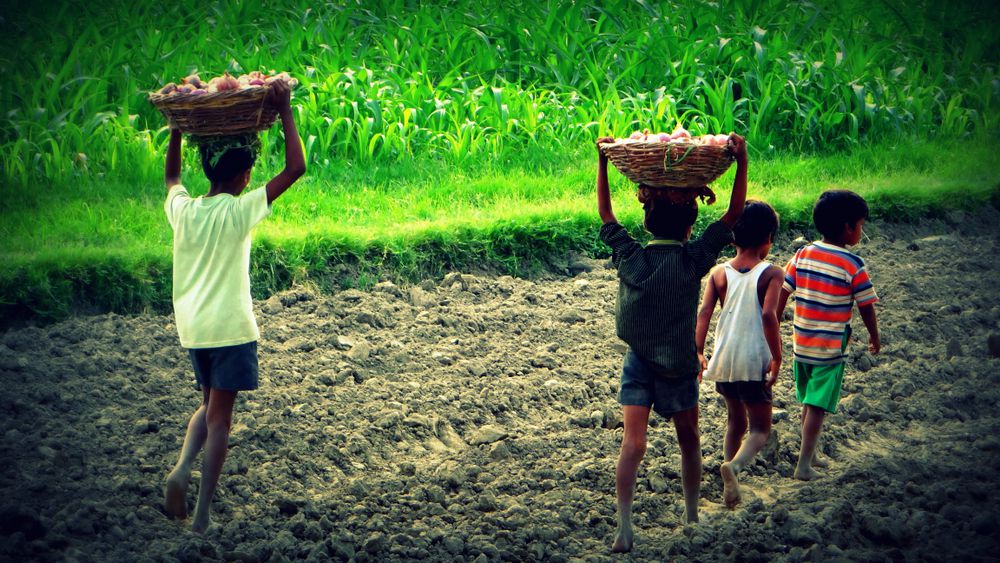 Child is meant to learn, Not to earn

Child labour refers to the employment of children under a legally specified age. All around the world, every country is trying their best to stop child labour. However, abolishing child labour completely is a goal yet to be achieved. According to Global Estimates of Child Labour, 1 in 10 of all children are engaged in child labour.

The major reason behind child labour is poverty. When parents cannot afford to send their children to schools, give them basic education or are unable to manage their necessities, they send their children to work. This should not be the case. Children are not meant to work, instead they are meant to grow up as educated individuals who would work together to make the world a safe abode for every little child who is born into this world, irrespective of their social and economic background without any discrimination.

Every country has proposed rules against child labour and this type of illegal activity, anyone who is found breaking the law would be subject to imprisonment or Some other kind of punishment as deemed by the court of law. In India, the Indian Constitution lays out rules under Article 24, which states, “No child below the age of fourteen shall be employed to work or employed in any hazardous employment”. There are also other constitutional provisions for child upliftment which include the Right to Education under Article 21 A (Free and compulsory education for all children from the age of six to fourteen).

There International Labour Organization which brings together workers, employers and governments of 187 member states in order to set working standards, design and develop policies to stop child labour and devise programs that promote decent working conditions for both men and women all around the world.

2021 has been declared as the International Year for the Elimination of Child Labour, and it is high time that we should do something to stop children from being forced into labour. Education is the only tool to abolish child labour. Make children realize what education could give them what they want.