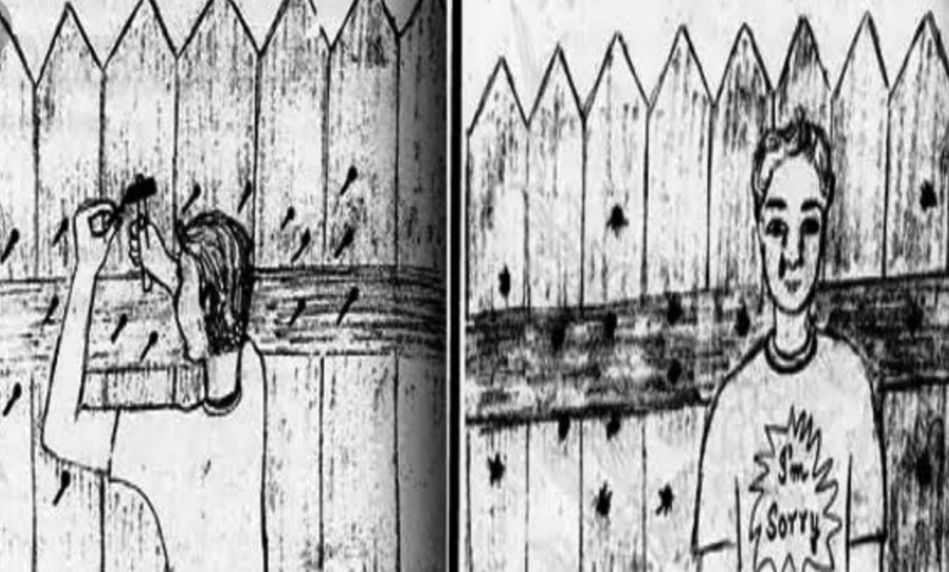 "If you are patient in one moment of anger, you will escape a hundred days of sorrow."

This story is written by Lynda Hudson, a well-known writer who wrote very meaningful and inspiring stories. My mother used to tell me this story when I was very young as it holds a very deep meaning. Today I want to share it with my os. me family and hope that you will follow the moral of this story in your lives.

Once, there was a little boy who had a very bad temper i.e. anger-related issues. To control his anger, His father decided to give him a bag of nails and said that whenever the boy lost his temper, he had to hammer a nail into the fence.

He discovered it was easier to control his temper than to hammer so many nails into the fence, which was very hard. Finally, the day came when the boy didn’t lose his temper at all and didn’t hammer any nails. He told his father the good news of his controlling temper and the father suggested to him that he should now pull out a nail every day by which he kept his temper under control.

The days passed and the young boy was finally able to tell his father that all the nails were gone. The father took his son to the fence and said you have done very well, my son, but look at the holes in the fence, that fence will never be the same. When you say things in anger, they leave a scar just like this one which will never be repaid. Like, you can put a knife in a man and draw it out. It won’t matter how many times you say I’m sorry, the wound is still there.”

This story has a very deep meaning that everyone should have control of their anger, and don’t say things to people in the heat of the moment that you may later regret. There are some things in life that you are unable to take back like your words which you used in anger or when you hurt others, they can forgive you but they can’t forget that pain.