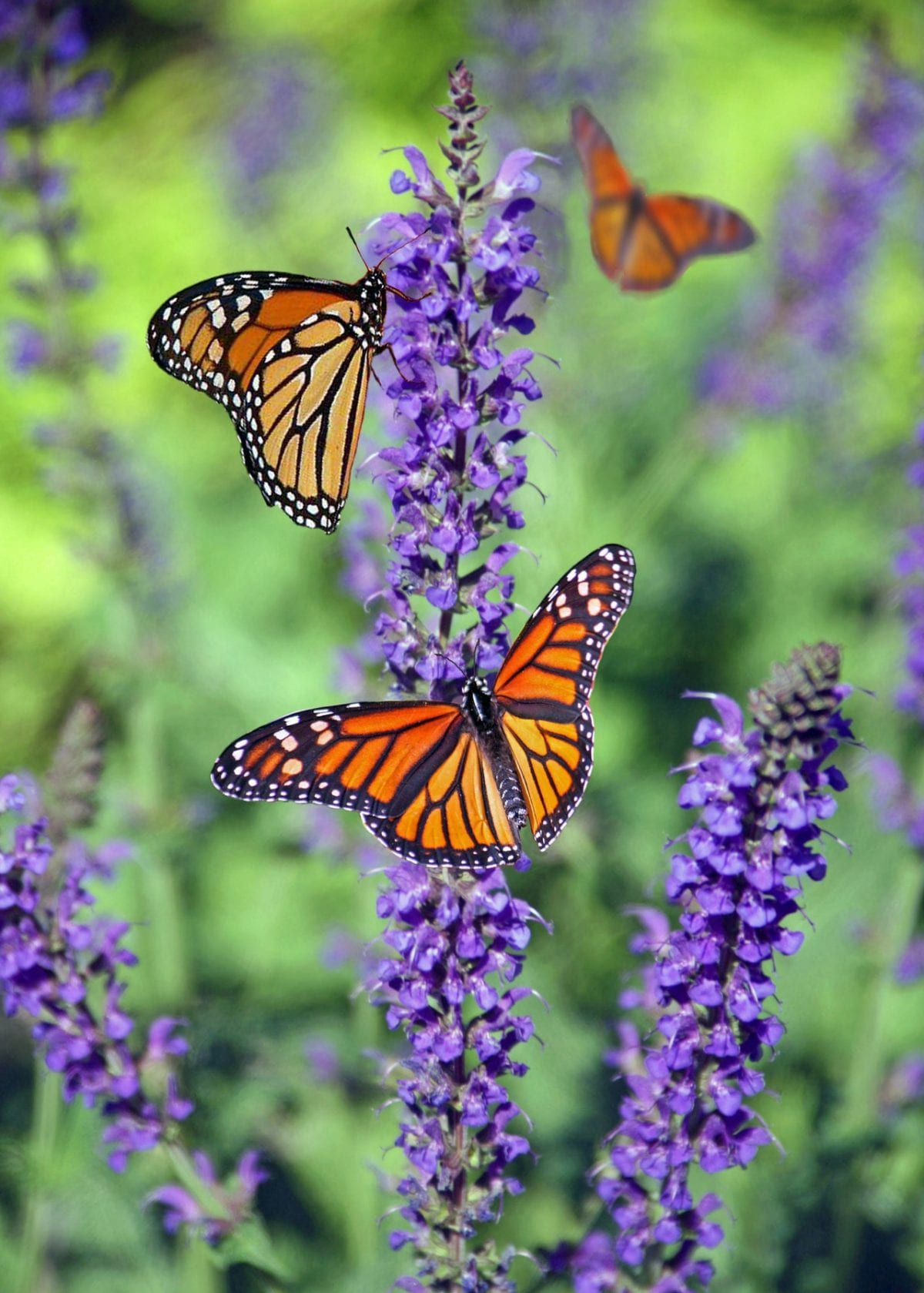 “You can’t use up creativity. The more you use, the more you have” — Maya Angelou.

Creativity is nature’s calling card, an energy that is thriving in every moment. Whether it is a plant flowering for the first time, or a dying star bursting into a supernova sending powerful radiation millions of miles into space, there is something new coming into existence in each moment. This active, creative process is also evident in the mind where new thoughts come to life, a process that repeats itself thousands of times a day. There is a hidden order in this seemingly disorderly universe—life on earth has come out of that chaos.

Similarly, we can bring to the world new creations—inventions, innovations, works of art, and literature—if we know how to transform the disorderly mind and harness its power. There is no one tried and tested method; each of us is unique. But just as there is salt in seawater, there is an inexhaustible creative force dissolved within everyone. Your flower of creativity is waiting to bloom.

Creativity is the fragrance of life. The mind and the body are like the roots and the stem of a plant. By watering the roots, plants grow and manifest beautiful flowers. Similarly, if we take care of the mind, the central node for our creative expression, the body falls in line and provides the necessary support. For the mind to give up its ‘jewels’—ideas, intuitions—we need to employ the forces of discipline, motivation, focus, concentration, and effort, all of which are in our hands. All inventions, scientific discoveries, and innovations that enhance our lives are the products of the human mind. The next big idea that can change the world may be buried in your mind.

Crystallizing and materializing an idea is an intricate process of bringing different streams of mental energies together. You can think of it in terms of manufacturing a complex piece of machinery like a car. The assembly line, where thousands of components come together and a finished car rolls off the line at the end, revolutionised automobile manufacture. In 1913, Henry Ford was the first to use a moving assembly line to meet the increasing demand for his cars. It helped him speed up the production rate of one Model T Ford from twelve hours to an hour and a half.

The diverse range of thoughts that move through the mind is like the individual parts of a car. Isolated thoughts without a defined context quickly disappear without leaving a trace. When we practice various methods such as mindfulness and meditation, we declutter the mind. When there are few thoughts and distractions, the mind becomes an energy-rich space. As we add supporting ideas around a seed thought, we can turn the mind into an “assembly line”. When we approach the creative process, one thought at a time, the finished product will take care of itself. Just as each cell in the body is essential and has a role to play, every thought can play a role when we are in charge of the mind’s energies.

You don’t need a complex set of ideas to set the creative machinery into motion. Often, it is the simplest of ideas that end up having a profound impact. Seatbelts are a good example.

In the 1950s, the number of cars on the roads were rapidly increasing along with accidents. Back then, seatbelts were two-point waist restraints, and they caused more harm than good. Nils Bohlin, a former aviation engineer working at Volvo, came up with an innovative idea of adding a diagonal belt, turning it into a three-point restraint system seen in every automobile today. This addition made the seatbelt strong enough to absorb force across the body, yet it is so simple to use that even a child can fasten it in seconds.

Since 1959, when the first Volvo car fitted with this three-point seat belt rolled off the production line, it has saved a million lives and prevented countless injuries. Recognizing its impact on driver and passenger safety, Volvo released the rights to its most crucial patent so that other car manufacturers could make this life-saving device standard in their cars. Even today, the brand Volvo is synonymous with safety.

The wheel is humankind’s greatest invention. It has been around since 3500 BC. It was not until 1970 that someone got the idea to place wheels on luggage. Bernard Sadow receives the credit for this invention. He removed castors off a wardrobe trunk and fixed it to a suitcase, and attached a strap. His idea did not take off at first. But it caught on when Macy’s, a department store, ran ads with the caption, “the luggage that glides”. It was cumbersome to tow luggage flat. In 1987 Robert Plath, an airline pilot working for Northwest Airlines, came up with the idea of placing two wheels and a long handle in a manner that allowed the suitcase to remain upright. The Rollaboard was born. He initially sold them to fellow crew members. It became so popular that he left his airline job and started Travelpro, now a large luggage company.

The arc of creativity starts with a flash of inspiration, the ‘aha’ moment. We have no control over when, where, and how that moment arrives. If you are not alert, you may miss it, and once an idea leaves the conscious mind, it may be gone for good. We have all encountered new ideas at some point in our lives, brushing them aside as being too farfetched or straightforward, or we may not have the time or inclination to pursue them. But if we decide to follow through, that seed thought alone is not enough. We will have to gather other supporting ideas to create an overall framework to grow the initial concept.

Larry Page and Sergey Brin started Google with the intent “to organize the world’s information and make it universally accessible and useful”. This idea sounds simple enough, but Google would not be what it is today—an indispensable part of our lives—without tremendous effort and persistence. Their passion for innovating and building technology that works for everyone is evident in all of Google’s products, from Android to YouTube.

Although millions of inventions have been awarded patents, there is always room for more innovations. In 1889, Charles H. Duell, the Commissioner of the US Patent office, famously said, “Everything that can be invented has been invented.” We know that this is not true. In 2019 alone, over three hundred seventy thousand patents were issued in the United States.

We have potential inventors, innovators, and writers walking amongst us every day. However, most people do not realize their potential. They keep their focus narrow, on their day job, family, and recreation. The mind is extremely pliable. If we keep our interests limited, it will respond accordingly. But if we broaden our horizons, our mental capabilities will expand to accommodate new information and ideas.

Developing a daily ritual that will support the creative process is vital. Every artist has his or her unique ritual to realize their creative potential. Many have relied on waking up early. The famous American painter Georgia O’Keefe liked to walk early in the morning to draw inspiration from nature. She said, “I like to get up when the dawn comes. The dogs start talking to me, and I like to make a fire and maybe some tea and then sit in bed and watch the sun come up. The morning is the best time; there are no people around. My pleasant disposition likes the world with nobody in it.” Joan Miro, the celebrated Spanish painter, and sculptor used vigorous exercise early in the morning to lift his mood.

“I have kept a hotel room in every town I’ve ever lived in. I rent a hotel room for a few months, leave my home at six, and try to be at work by six-thirty. To write, I lie across the bed, so that this elbow is absolutely encrusted at the end, just so rough with callouses. I never allow the hotel people to change the bed, because I never sleep there. I stay until twelve-thirty or one-thirty in the afternoon, and then I go home and try to breathe; I look at the work around five; I have an orderly dinner—proper, quiet, lovely dinner; and then I go back to work the next morning.

Sometimes in hotels I’ll go into the room and there’ll be a note on the floor which says, Dear Miss Angelou, let us change the sheets. We think they are mouldy. But I only allow them to come in and empty wastebaskets. I insist that all things are taken off the walls. I don’t want anything in there. I go into the room and I feel as if all my beliefs are suspended. Nothing holds me to anything. No milkmaids, no flowers, nothing.

I just want to feel and then when I start to work I’ll remember. I’ll read something, maybe the Psalms, maybe, again, something from Mr. Dunbar, James Weldon Johnson. And I’ll remember how beautiful, how pliable the language is, how it will lend itself. If you pull it, it says, OK.” I remember that and I start to write. Nathaniel Hawthorne says, “Easy reading is damn hard writing.”

I try to pull the language in to such a sharpness that it jumps off the page. It must look easy, but it takes me forever to get it to look so easy. Of course, there are those critics—New York critics as a rule—who say, Well, Maya Angelou has a new book out and of course it’s good but then she’s a natural writer. Those are the ones I want to grab by the throat and wrestle to the floor because it takes me forever to get it to sing. I work at the language.”

… When I would end up writing after four hours or five hours in my room, it might sound like it was a rat that sat on a mat. That’s that. Not a cat. But I would continue to play with it and pull at it and say, I love you. Come to me. I love you. It might take me two or three weeks just to describe what I’m seeing now.”

There is an old Tibetan saying, “A piece of white cloth can be transformed into any colour”. Your mind is that piece of white cloth. You can do anything you wish with it—draw a painting, write a book or invent. To kick-start the creative process and get the juices flowing, time, patience, and solitude are the essential ingredients. See what works for you. The creative journey is a life-long endeavour. Like flowers that remain fragrant even after being plucked, the ideas we leave behind may continue to benefit the world long after our time.