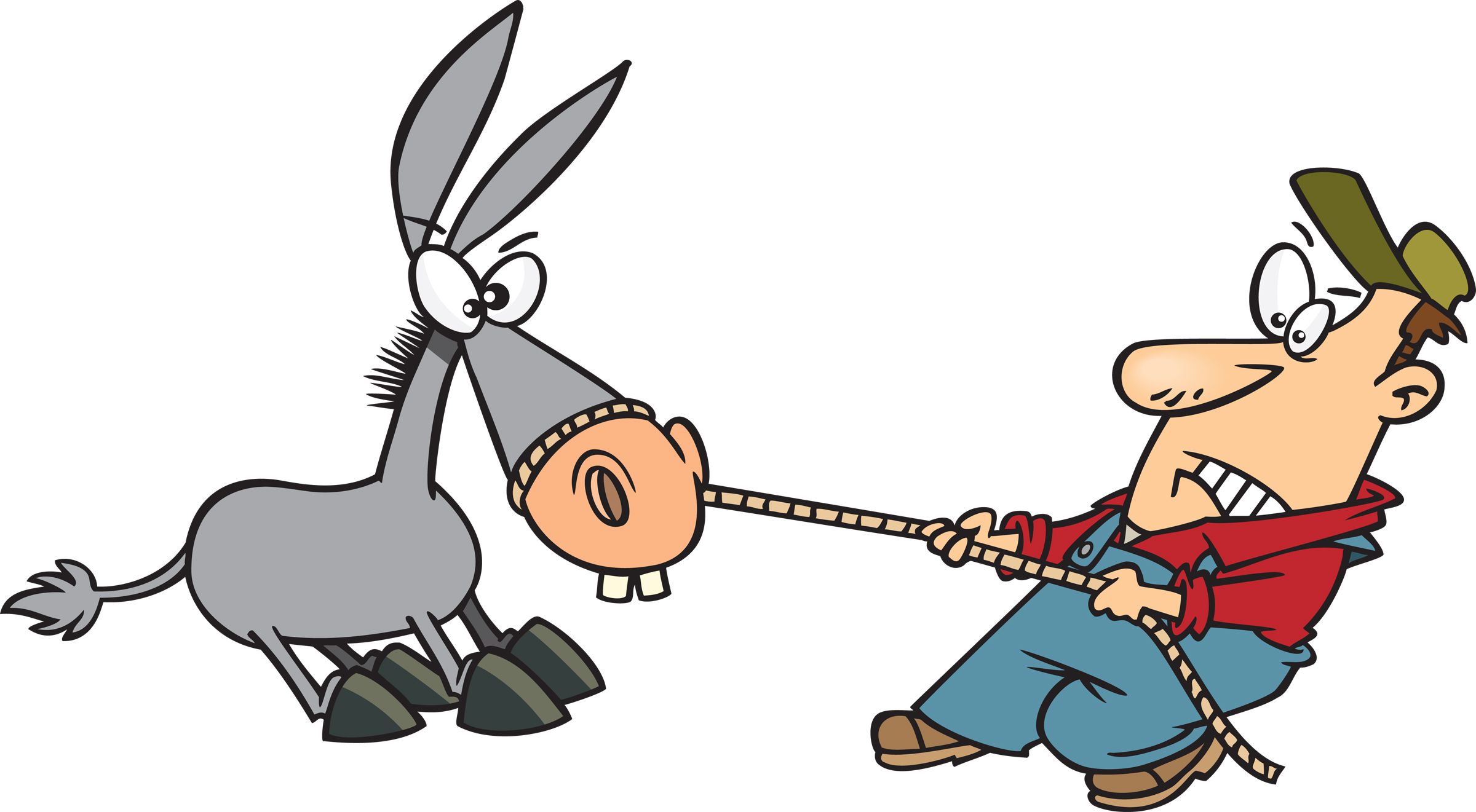 Beliefs don’t have any reality, but they have power to bind us!

Let me share a real  funny story with you today

A farmer was taking three of his donkeys for sale at the market.  On the way, he saw a river and decided to have a dip.

Since he had only two ropes to tie the donkeys to a tree, he looked around wondering how to tie the third one.

He saw a sage and sought his help if he could give him a rope to tie the third donkey. The sage did not have a rope but had a suggestion. He told the farmer, “let the third donkey see you tying the other two donkeys to a tree.  Then you pretend to tie this one with Imaginary rope.
Farmed did the same. Coming back, he saw that the donkeys stood exactly at the same spot where he had left them.
He untied the two donkeys and started walking. But the third donkey refused to move from the spot.  The farmer went back to sage, who told him, “untie the third donkey ”.  “But”, protested the farmer, “I have not tied him”. The sage asked, “You know it. But does the donkey know that?”
Sure enough, the farmer went back and pretended to untie the donkey with an imaginary rope. The donkey moved immediately as though released and walked over to join the other two donkeys. (Source)

Our beliefs are like this invisible rope. We believe it is true and conduct our life in that fictitious reality. Beliefs don’t have any reality, but they have power to bind us!

Where do these beliefs come from?

It is often reflects in creating our own but obscured version of truth, a relative reality. The beliefs at its core has a typical verbatim.

“I am not confident talking in public. I am always a victim. I am vulnerable. I am always behind in the race.I am not a good decision-maker. I can’t influence anyone.” and so on.

These Limiting Beliefs deprive us of our freedom to act and limit our possibilities to unleash ourselves.

More importantly, these beliefs start firmly imprinting on our minds, not after people say something about us but only when we validate it and convince ourselves that it is True.

In ancient times, people used to believe that Earth is Flat. They would never traverse the sea beyond a certain distance with the fear that they will fall down straight from the edge of the earth.

Aeronautical engineers used to believe for  long that the speed of the sound can never be exceeded by fighter jets. Until the supersonic jet was invented and demonstrated. Today there are supersonic machines achieving 3 Mach speed.(3 times higher than the speed of sound)

There are even countries in the world those strongly believe that men and women genders can’t have equal rights in society, workplaces or governments.

Imagine, how many possibilities and opportunities are lost for the world when such beliefs are behold to be true.

A monk finished his discourse in a public hall with the  concluding remark “So, you must all discover your beliefs. They matter a lot in shaping your life”

Suddenly, a young man rose from the crowd and said

Swamiji, I don’t believe anyone or any theories. How does it matter to me anyway?

Oh, Young learned man, tell me, do you at least believe in the fact  that you don’t believe in anything?

No one is free from beliefs.

We always observe and interpret the things around us inline with our belief system. The facts and events which doesn’t conform with our beliefs, we tend to ignore or treat them as exceptions. This has a notorious effect to strengthen those beliefs in a vicious cycle.

The trouble arises when these beliefs are out of sync with absolute reality.

In psychology, this is referred to as cognitive bias which is proven to have a detrimental effect on one’s well-being in terms of the ability to make decisions, solve problems or respond to crisis situations.  It happens mainly when beliefs are inauthentic, like a hoax or story construed by individual. It doesn’t have its own existence unless we sponsor it.

There is this one more case common among massess. Here the beliefs are inauthentic anyway but they can empower someone to start with only to cause misery in the end.

The story of the Asura King Hiranyakashipu in Hindu Puranas aptly illustrates this point. Hiranyakashipu always believed himself to be superior, invincible, and more powerful in all the three worlds.  His (incorrect) belief was shattered one day when Lord Vishnu appeared from a Pillar in the form of Narsimha (half lion & half man ) tearing apart his stomach and killing him on his lap.

The good news is, We can erase the limiting beliefs and replace them with the healthy authentic ones. Here is simple logic to do so.  If our actions have led us to develop limiting beliefs, the same process has to be reversed now.  If I believe, I”ll be ridiculed when I speak in public, I prepare and start speaking  starting with a small group of authentic caring people. This is  practicing fearlessness and confidence till a new empowering story is created.

If our limiting beliefs has originated out of our faith in wrong people or wrong theories , then we need to reverse it. This time, have immense faith in something worthy. It could be an ispirational figure, a role model, or our own loving deity God.  At any rate, we can’t lend right to others to create an illusory world for us.

The teacher said to a mother of one of her students,  in a complaining mode

I asked him to write a simple math table.

This is for the third time he writes 10 directly after 01.

The mother looked at the notebook and then at her son. She said with a smile

Teacher, don’t you see, he is simply genius.

He has written the correct table but in Binary Digits !

The parents and teachers plays most crucial role in instilling the believe system in the child.  They need to be extra conscious of  communication and an environment that doesn’t develop any limiting beliefs among kids.  I personally believe that one of the primary roles of education is to achieve  a healthy and sound belief system for a child.

Irrespective of age, it’s most important for all to discover and set free from inauthentic and limiting beliefs. There is no other good time to use our own will and knowledge, to find out and permanently cut that invisible binding rope.