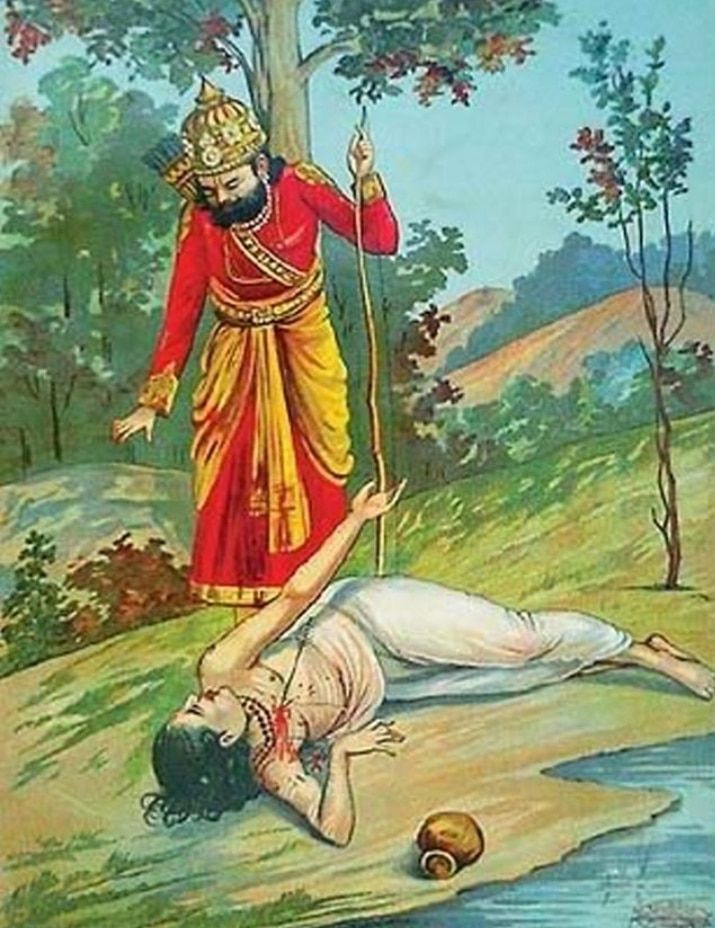 King Dasharatha of the surya dynasty ruled over the kingdom of kosala. He was wise and courageous,  and could shoot prey by merely hearing its sound.

One day, Dasharatha was on a hunting expedition.  As he walked through the dense forest,  he heard the sound of an animal drinking water from a stream.” It seems some deer is drinking water he thought.  “It’s great opportunity to test my skill of shooting at sound”. So, he aimed an arrow in the direction from which the sound was emanating and released the arrow,  which was right on target. But the target happened to be a young man named shravana kumar, and not a deer as Dasharatha had excepted.  Shravana was filling his bowl in river. Shot by the arrow, shravana fell down. 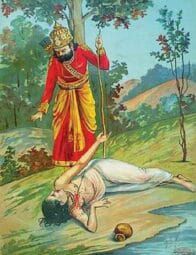 Dasharatha realises his blunder, but it was too, late. “Please carry this water to my blind parents. They are waiting for me”, shravana murmured and died. Dasharatha was filled with remorse.  He carried the bowl to the blind couple and quietly offered them water. “Why don’t you speak,son?” asked Shravana’s parents. Dasharatha broke into tears and told them the truth. Unable to bear the grief, the blind couple died cursing Dasharatha, “you have killed our only son; you too, shall die grieving for your son.” With a heavy heart, Dasharatha returned to his palace. 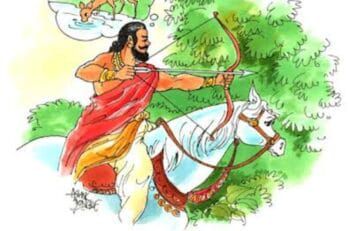