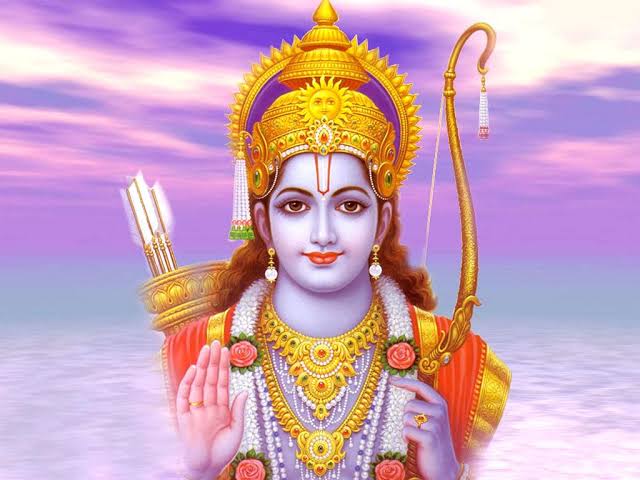 Destiny is a Destination

A prince who walked away from his kingdom, to honor his father’s promise,

Along with his consort, eyes filled with tears

Giving up his throne in an instance,

Ready to roam in exile for fourteen years.

He was deceived by a demon,

Who carried away his wife,

Crying in grief for his life.

Many a warriors were sacrificed in this bloodshed,

A thousand wars were waged,

The entire clan of demons destroyed,

All because a malevolent king with an inflated ego was enraged. Was it his destiny?

He could win over the enemies, but not question his subjects,

The fire test was a humiliation,

Her willingness was a test of patience,

All because he wanted to rule wisely his nation.

The very cause which took him on the path of war,

Once again became a bane,

He had to abandon,

Losing once again what he had gained.

A righteous king ,had to live in agony without the love of his family,

Unknown to the fact that the enemies he faced,

Was his own blood willing to claim their right.

The reunion of the souls was celebrated,

Destiny was once again going to play her role,

Hoping that the pair will now enjoy the bliss,

She embraced mother earth and entered the deep dark hole.

Was it his destiny??

Silently suffering for the duties to perform,

The very thought which made the peoplequiver,

He could not carry the burden any more,

He entered the sarayu river.

Was it his destiny??

Even the gods had to face the brunt of destiny

The way you lived your past life,

Your karma will decide whether the road leads to perdition,


Login with Email
No Account? Create One
Visualisation to Overcome Fears
Underachiever