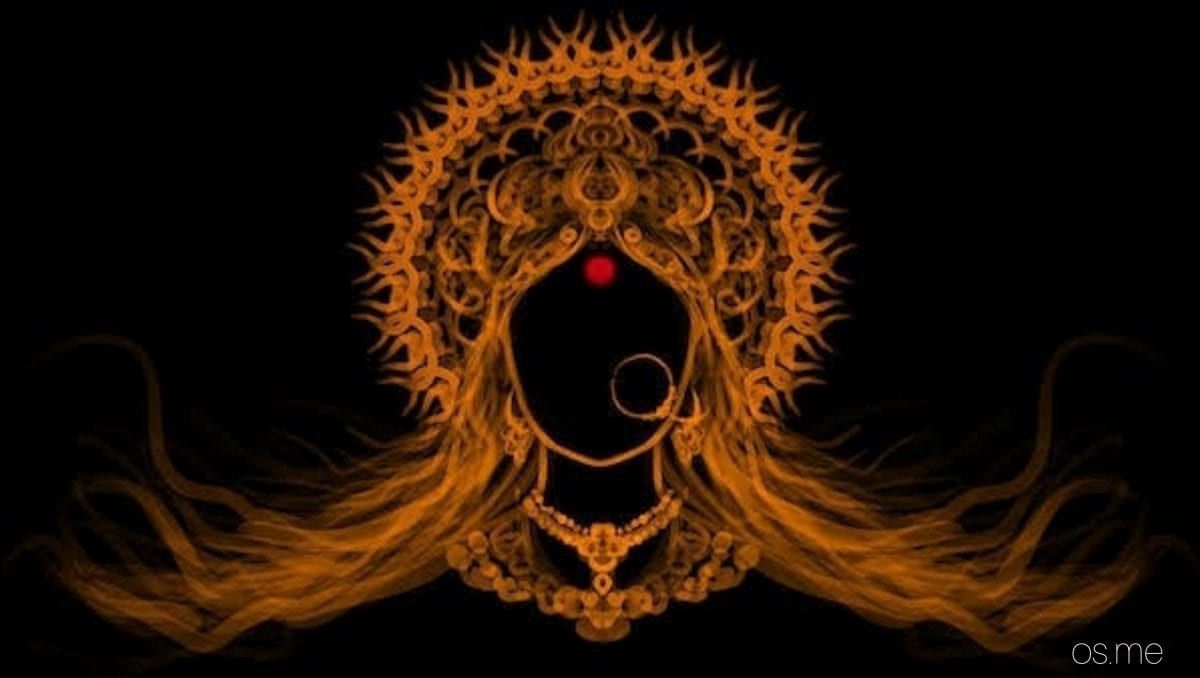 Something beautiful had begun, a sweet journey but a serious one that needed focus, presence of mind and dedication.
It was beautiful How those who were doing the program virtually were also as told by Swamiji were “in the temple” as in – we all physically and virtually were at Muktishetra Sri badrika Ashram, situated on the west of Giri ganga ( Hope I remember this correctly ‘to the west of Giri Ganga’ ) Please pardon my mistakes.

Swamiji began day 2 katha and as we proceeded He expounded on Mother Divine’s form. It was a beautiful visualisation. Swamiji talked about Chintamani Griha. That was the first time I heard of the very word – Chintamani Griha; the very utterance of that word left me feeling melted in my heart and seeking that which Swami ji had just described. More than anything it was Swamiji’s sentiment and the way Swami ji narrated that grasped the whole attention of the being.

I can’t emphasize enough how heavy it was energetically in the temple as I mentioned in the previous post.

(Pls. pardon if you find me saying ‘Swamiji’ a dozen times and if it feels bit grammatically unfit to read)

Swami ji talked about how to chant the mantra.. With visualisation… He elaborated on the form of Devi with so much enthusiasm. One could feel Swami ji’s enthusiasm of imparting the visualisation of Mother Divine’s form. If not for feeling that Bhav of Swamiji I would have not perceived anything that day!

Swami ji taught us the mantra and it was time to chant the mantra… Swamiji chanted with us/along us for 7 times. When we did that it was the most unbelievable feat one could do by the way of destiny and fortune I should say! Chanting along the Master and a Mantrin!!! Swami ji opened His eyes and looked at our faces wanting some more of that ‘chanting along with Him’ He said – Shall we do one mala? 108 times? A – Yes Swamiji in unison was heard. It was like we hit a jackpot! Swamiji didn’t hold mala in his hand but counted to 108 and again opened his eyes! Oh! I was in Awe! Just seeing His finesse/ease of conduct at chanting.

The Joy of chanting Khadag Mala Strotra after Swami ji:

Another incredible moment was when Swami ji expounded on Sri Yantra and made us to chant Khadag Mala Strotra after Him. Swami ji said chanting this strotra one can pray to Sri Yantra in the most ‘simple and whole’ way! Again it was the sentiment that reflected on Swami ji’s face throughout that really had me live the katha vachan/narration more than anything else.

Swamiji chanted each nama in khadag mala Strotra and we repeated after Him.

As we uttered those mantras after Swami ji a certain energy field rose (as we chanted) and dipped (as we went silence) with the sound of those mantra.

As we concluded chanting we were left, as I experienced it – with a wave of sweetness; it permeated itself in the temple. The sweetness when Mother caress her child’s forehead and brushes the child’s hair back with her hands lovingly; the messy child who has been playing away from her for a long while but comes back to her as She is child’s world.
It was like million flowers showering.
🌸🌺🌻🌹🌷🌼💐🌸🌺🌻🌹🌷🌼💐🌸🌺🌻🌹🌷🌼💐🌸🌺🌻🌹🌷🌼💐🌸🌺🌻🌹🌷🌼💐🌸🌺🌻🌹🌷🌼💐
It REALLY was like that. Palpable sweetness in the temple! I actually had not realised it was the names of the Mother Goddess and it had something in it, to do with her presence.

In the moment when we concluded chanting Kahdag Mala Strota, a Silence, Sweetness and a Calm permeated in the temple. Tears of joy and feeling of Love.

Joy and I
Bad Postures Effect on Lifestyle