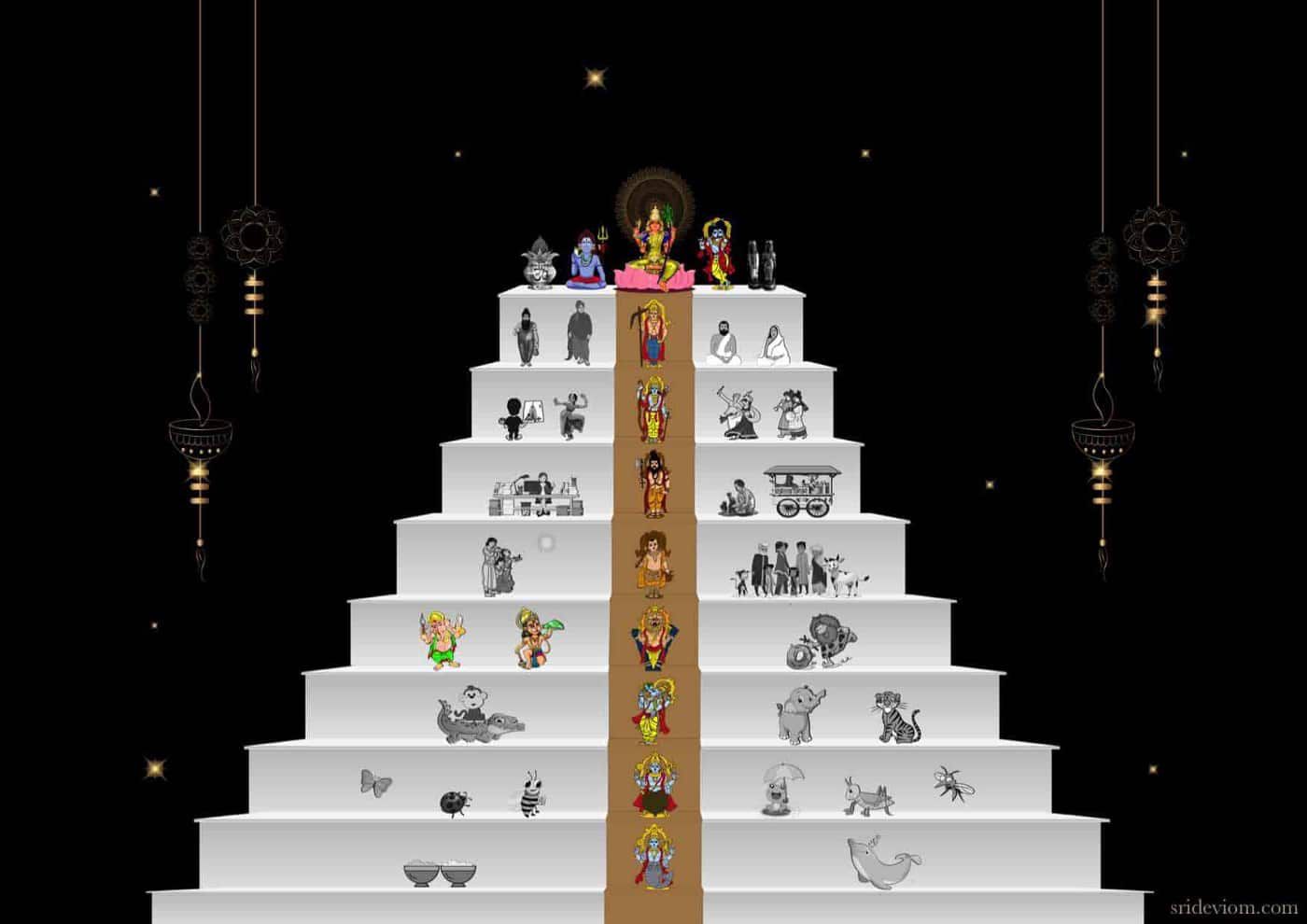 Devi & Hari’s Marine to The Divine

Navaratri Golu and Dasavatar, The Theory of Evolution

Golu (गोलु) or Kolu, the showcase of figurines, is a popular and entertaining tradition. It is a part of the Sharad Navaratri, the fall (autumn) Devi fest. Golu means rounded. It is a derivative of the Sanskrit word Gola which means sphere or globe.

The Golu tradition focuses on educating our kids about Human Evolution. In Tamil, an ancient language still spoken widely, Kolu means Royal or Divine Presence. As the names suggest, it introduces spirituality through Earth Science. Traditionally, a Golu always had nine steps or levels of statuettes.

There are many subviews in Sanatana Dharma, and each has a different take on Shiva, Vishnu, and Devi. Of that, the Tantrik scriptures of Devi view Shiva as an inert life-giving principle. Plus, Devi and Vishnu are two sides of the same coin here. They represent the thriving creative energies of manifestation.

For that reason, in these traditions, Shiva and Vishnu’s combined form – Harihara – is identical to Shiva and Devi’s fused form – Ardha-Nareeshvara. Since the Lalita Sahasranamam belongs to Sri Vidya Tantra, it describes Devi as Karanguli Nakhotpanna Narayana Dashakritihi. From Sri Devi’s nails emerged the ten avatars of Narayana or Hari, the protector Vishnu!

Highlighting Vishnu and Devi’s commonality, the Dasavatar of Vishnu is the central theme of a Golu. Dasavatar, Vishnu’s ten primary forms, portrays the progression of human evolution. Not just physically, but emotionally and spiritually as well. Below is their symbolism, along with the Golu placement: