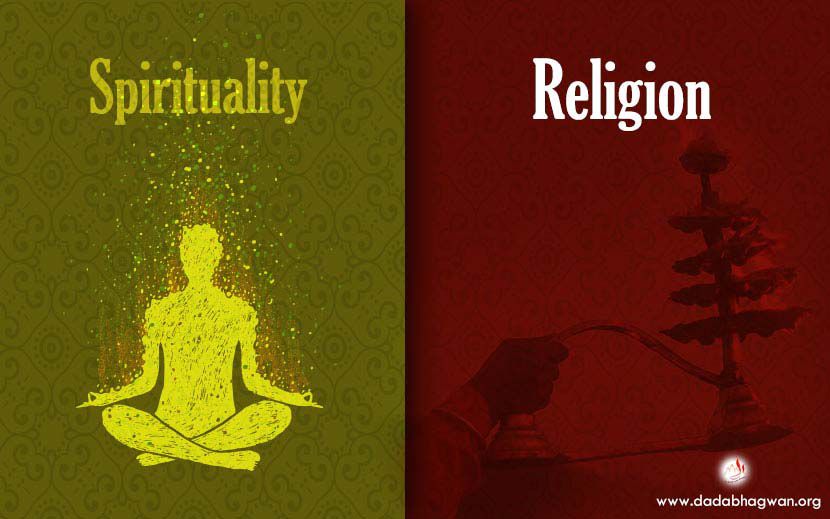 Day in day out I have been thinking whether I am spiritual or religious or a combination of both but unsure in which ratio. I tend to read scriptures on a regular basis. I love to visit the temple in my vicinity everyday-I actually look forward to it every morning. Sometimes I pray to God for hours by chanting mantras. reading hymns and practice japa with rosary. During other days, I wake up late while procrastinating. Thinking of praying as a chore instead of doing it with joy. I am unable to set a routine. I think I am quite disciplined but when this gooey procrastination covers my mind and body, it becomes hard to focus and follow.

To me, being spiritual was synonymous with being religious but after listening to other devotees of Swami ji who are devout practitioners, I got an insight. Being spiritual is about finding peace even during the toughest situations. I imagined myself in a situation wherein I was involved in a blame game, as a consequence, I lost my temper. That is when I should have realized that keeping my cool is more important than spewing anger all over over my face (one of those who can not generate words but the anger is exhibited all over the face, hence busted anyway).

Being spiritual is also when life gives you a cold shoulder but one knows it is a blessing in disguise instead of fussing over it. I time traveled while thinking about this scenario. The time when I was denied admission in a government college and had to take admission in another college. I was embarrassed on many levels. I thought of this as the end. But as soon as I entered the college, I inhaled positive vibes. My college lecturers chose me their favorite student there and then and made my entry as well as exit butter smooth which might have been a tough nut to track. That is when I realized it was a blessing in disguise. Now it seems like i flustered over nothing serious. It might have been an important part then. Now if I had known about spirituality before that incident, I would have been calm and composed. I would have known that this was just a hiccup and hiccups are harmless just like these incidents.

Another thing I realized is when scriptures are read with interest and are shared with friends and family, it creates a sense of spirituality. Supposedly, reading Vishnu Sahasranama is one thing but understanding the essence is completely a different thing. And when shared, it creates a feeling of awe. With the amplified interest rather than a sense of compulsion, the scriptures fills the body, mind and soul with the extraordinary energy. One feels elated. Maybe that is what spirituality is.

Life is a circle. Time never stops. Neither does life. The best way to beat anger is engaging in spirituality. Enter the circle of spirituality. Once a foot is set in, even if someone or something tries to pull it out, it is so much so like moving mountains. Become a mountain. Become a living entity dipped in spirituality. I have taken a step ahead by posting these heart-warming spiritual lessons here. Maybe this is what they call Digital Spirituality ( or they might).