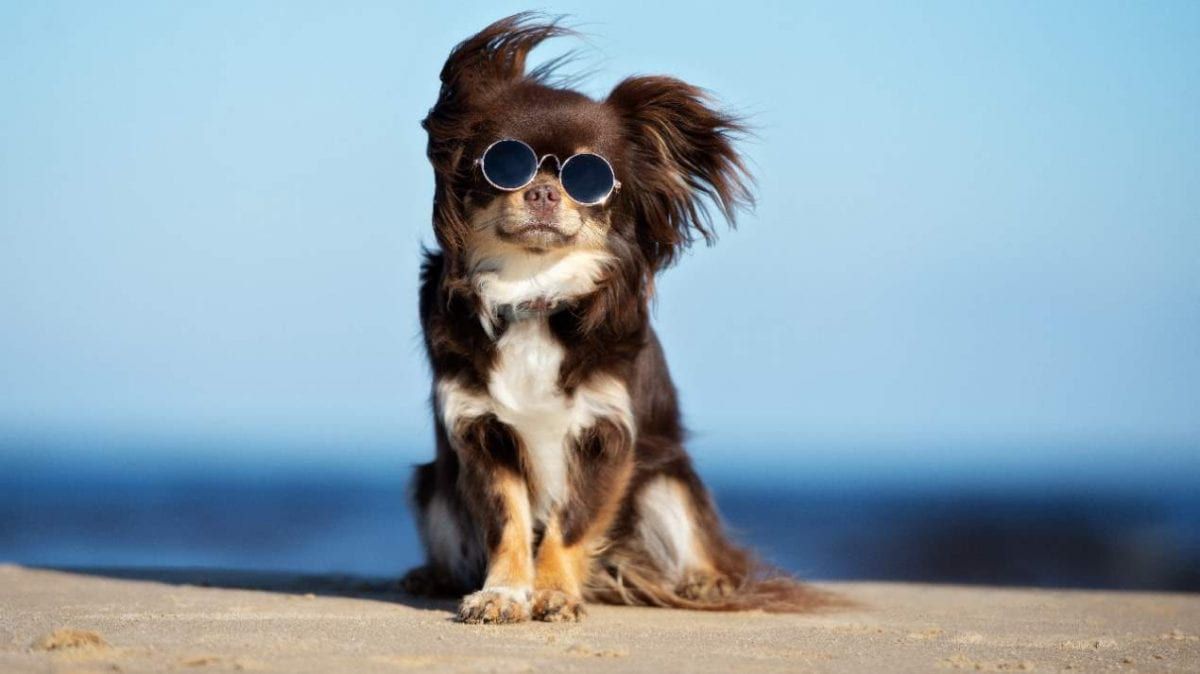 Diwali is a fun time  for most people, especially for young   kids and for grown-up kids like me.  However, I learned early on in life that dogs  don’t like it quite as much. In fact, all dogs hate Diwali.

My earliest memory of Diwali is of dogs getting deeply disturbed at the sound of firecrackers. In those days, we lived in a house in Lucknow with six dogs; my father was very much a dog lover. I grew up with these dogs who were almost like my brothers and sisters. We played together, we learned things together,  and we  had lots of fun together in each other’s company.

The day before Diwali, these friends of mine would fall into depression. They would stop wagging their tails and put on a morose look. It is well known that dogs have a sixth sense and can know what lies ahead. Also, their hearing is very sharp, perhaps a hundred times sharper than our hearing. Perhaps, they heard the sound of fire crackers in the distant neighbourhoods where some people were celebrating Diwali ahead of time. Perhaps, they could smell the firecrackers that were stored in our  house.

On Diwali day itself, the dogs would become very restless. By evening, they would be running around scared for their lives, looking for a place to hide. One dog in particular, named Ack Ack would get very, very nervous around this time. He was born during a war between India and a neighbouring country, when anti aircraft guns went off all night. We called them  ack ack  guns in those days, because of the sound they made. Ack Ack  was named after this sound.

I can  imagine how tough Diwali would have been for him. He carried  memories of anti -aircraft gun trauma in his head. The sounds of fire crackers would be a  hundred times more powerful for him than for human beings. Also, his sense of smell was much sharper; in addition, he was exposed to Diwali lights in every corner of our house and even outside the house. This kind of sensory overload would drive me nuts, if it happened to me.

On Diwali evening, he would start   whining and jump into my lap, for some much needed TLC. If I was too busy playing with my human friends, letting off fire crackers, he would run inside the house and hide under a bed. It was a very difficult time for him, and for all the other five dogs in our family.

It’s not just dogs, other animals don’t enjoy Diwali all that much. Our house in Lucknow was very close to the zoo, and we could hear the animal noises at night when the firecrackers were going full blast. The lions and tigers were the loudest, followed by the elephants. The birds in the zoo usually  went to sleep at night, but on Diwali evening they would be wide awake, tweeting messages to their friends over the bird-wide network.

Om Swami ji mentions compassion again and again in his talks. He rates compassion very highly, perhaps even higher than truthfulness. Festivals like Diwali should bring out our compassionate side, but it doesn’t happen very often. We must have more compassion for dogs and other animals at this difficult time in their lives.

While we are celebrating the festival, we must  think of the damage we cause to the environment. The animals are just one part of it, we also pollute the air and use up valuable resources by lighting thousands of lamps. Why not celebrate the festival more responsibly? We can use LEDs instead of oil lamps  to help conserve a valuable resource. We can let off firecrackers in  central locations such as parks   instead of all over the city. This will reduce noise pollution and also promote community feeling.

Diwali celebrates the victory of good or evil, of light over darkness. If we act irresponsibly, are not doing the reverse, celebrating the victory of darkness over light?

Diwali is  a time for giving and receiving gifts. This is great if it is done with love and affection  but, over the years, gift giving is becoming more and more transactional. We give gifts to people in a position of power, trying to influence them. This is against the very spirit of Diwali which should really be a joyous celebration full of happiness and laughter for all.  Instead, why not show true compassion and give mainly to the needy? Why exchange gifts with our affluent friends and family?

In essence, Diwali is a celebration of victory in a war, and that’s why we celebrate it with firecrackers. However, for me, the real message of Diwali is that war should be avoided at all costs, just as Lord Rama tried to do. When nothing else worked, and Ravana refused to listen to reason, he had no choice but to declare war. He did not fight over  a land dispute but for something much more important: getting his wife back from an abductor.

All wars are destructive. Soldiers get killed, but even worse is the destructive effect on the environment. Huge amounts of pollutants are released in air, farms are destroyed, the lives of civilians are disrupted. Birds and animals are affected, for no fault of their own.

When I think of Diwali, the image that always comes to my mind is of dogs running desperately from the sound of fire crackers.  Surely, we humans can do better than that and care more for these animals.

Just remember, the word “dog” is nothing but God spelt backwards.