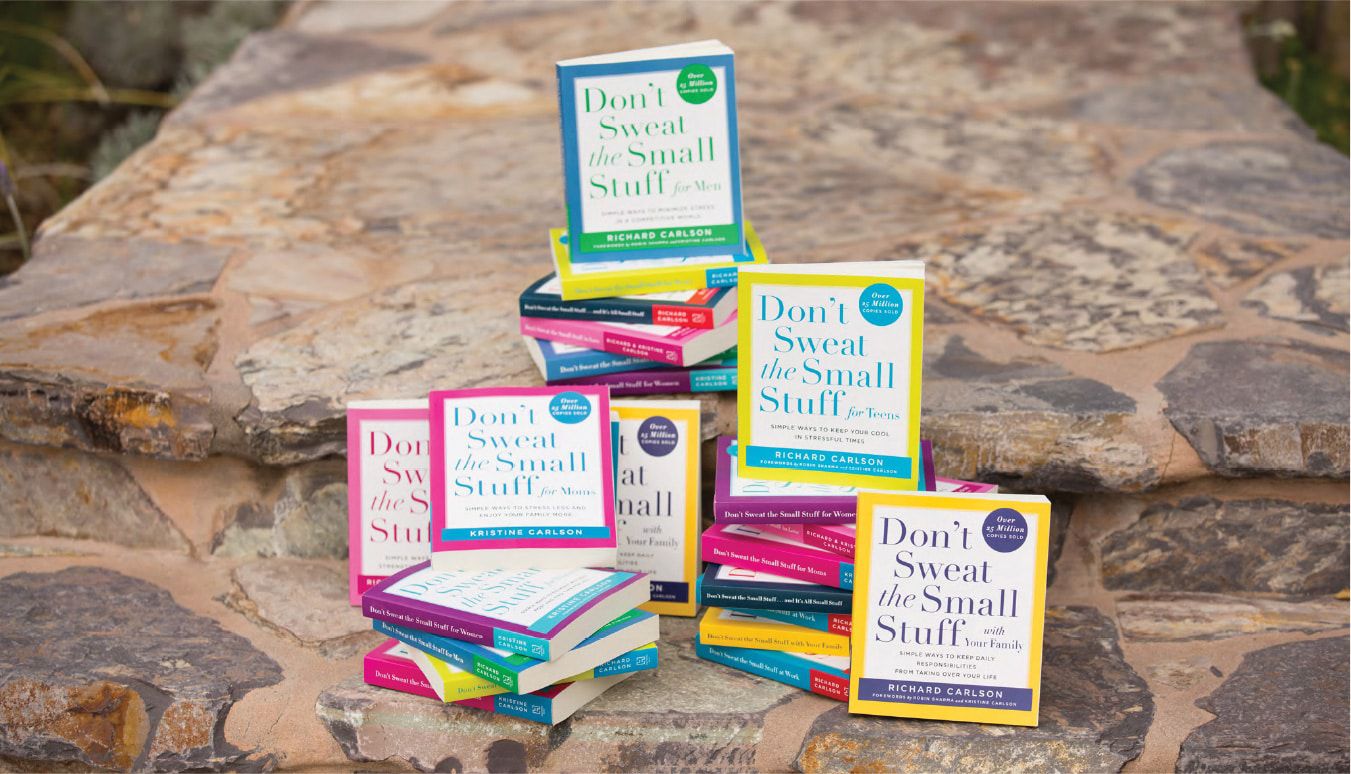 An Initiative That Positively Impacted Many #TheWriteChoice

I had written earlier about how the book Don’t Sweat the Small Stuff played a crucial role in the beginning of my journey towards self-transformation. In the article, I had mentioned how I couldn’t stop gushing about this book with my Dad and Mom, and how this book as well as the chapters in this book frequently became the subject of conversation at home. Little did I imagine a chain reaction that would be set in motion, that would positively impact the lives of more people.

We are a part of a small family business, a software company plus a BPO Operations division, in its current avatar. My Dad started the company in 1997, and over the years, my Mom, me, my brother, and my wife have all been involved (and some of us continue to be involved in various capacities). In 2016, my Mom was involved with the day-to-day running of one of the divisions. Being a part of your own company (or a family company) has one advantage – it gives you carte blanche to come up with innovative ideas of various natures. My Mom came up with a brainwave, an experimental personality development initiative, that morphed into a life-changing experience for many.

My Mom decided to start a daily “Don’t Sweat the Small Stuff” session. This was optional for all staff. Right after lunch, they would assemble together, and one of them would read one chapter from Don’t Sweat the Small Stuff aloud. After this, they would discuss the message that the chapter outlined, and each person would talk about their take on the message. This would be accompanied with personal stories and anecdotes related to the message, either instances where they applied the message in question successfully in their life, or instances where they faltered by not applying the message in question. They would also discuss current challenges they were facing, with helpful suggestions and feedback given by other people.

I didn’t attend the sessions. I would observe the sessions in passing, and noted that the environment was always animated and lively, but didn’t give too much thought to these sessions. A chance conversation with my Dad recently about these sessions made me stop and reflect. He mentioned a staff, who as a result of these sessions, reported an instance where he behaved in a graceful way with a demanding auto rickshaw driver, whereas his default response would have been to fight with that driver. This had me thinking – did other members of these sessions benefit as well? I decided to call people who still worked with our office who attended these sessions, and ask them about their experiences.

I first called up a colleague who I work with regularly. When I spoke to her about the sessions, I could sense the excitement in her voice. “They benefited me greatly, Prahalad. The takeaway that I took home was to ask myself the question – the thing that I am stressing about now – will this matter 10 years from now? If not, then I should let it go”. The other takeaway that she spoke about was that when someone cut her off when she was driving – instead of getting stressed, she took Carlson’s words to heart and decided to not sweat the small stuff. She also mentioned how she too started dealing with conflict gracefully with auto drivers.

I immediately called up another colleague, who was one of the facilitators of the Don’t Sweat the Small Stuff initiative. Her voice too was excited – and she too mentioned the same points – will this matter 10 years from now? (Carlson said 1 year, but 1 year, 10 years, potatoes, potaah-toes, the central message remains the same). She also said that she became more gentler and stopped sweating the small stuff to a large part thanks to the repeated reinforcement during the sessions.

I remember noticing that one of the staff who is no longer working with the company, who participated in these sessions, became gentler over time and handled situations more gracefully. I called up the first colleague again today to get more information about the sessions. She admitted that while 4-5 people benefited greatly from the sessions, there were others who (in her opinion, from conversations) did not seem to quite benefit much from the sessions. Counterintuitively, I thought that was a good thing! People usually are reticent to begin initiatives fearing that some people may not benefit from the initiative; in the process, those people who would have gotten benefited are deprived of the opportunities.

Thank You Mom – for starting these sessions, and inspiring me to do my part by way of example.