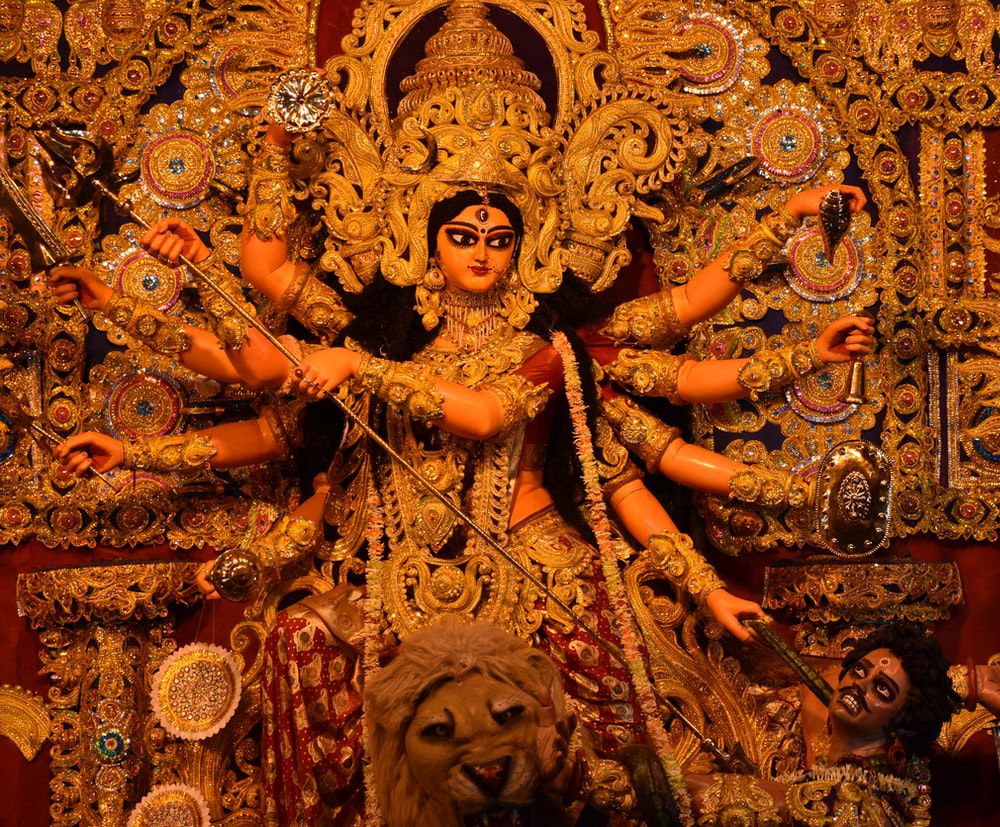 May Maa Durga fulfill all your desires ❤

The eighth day of Navratri is known as Durgashtami. It is one of the most auspicious days of Durgotsava, which is also known as Maha Ashtami. This day is observed on the Ashtami tithi of the bright lunar fortnight of Hindu Luni-Solar month of Ashwin. This year Durga Ashtami is celebrated all over India on 9th April. Mostly it is celebrated by Hindus in Northern India.

Durga Ashtami celebrates the victory of Goddess Durga over the evil demon, Mahishasura i.e. victory of good over evil. Owing to a boon bestowed upon it by Lord Brahma, Mahisasura could only be defeated by a female warrior i.e Goddess Durga. It is a seven to nine days long festival. People celebrate it by fasting or worshiping different forms of Maa Durga. People also get together on this day to do gujrati folk dance ‘garba’. This day is also known for ‘Astra Puja’ as on this day the weapons of goddess Durga are worshiped.

The eighth day of Navratri is dedicated to Goddess Mahagauri. The goddess rides a white bull and is usually shown with four hands. She carries a trishul in one right hand and keeps the second right hand in Abhaya Mudra. She holds damaru in one left hand and keeps the second left hand in Varada Mudra. She has the power to fulfill all the desires of her devotees and blesses them with fearlessness, bravery and courage. People who worship the goddess get relief from all the sufferings and pain in life. She represents purity, calmness, wisdom and happiness.

On this day people perform a popular ritual called Kanya Puja that means nine young girls representing nine forms of the goddess are worshiped and offered food, clothes, money and gifts. The little girls are served the prasad of Kale chane, suji ka halwa and poori after the ritual of feet washing followed by applying tilak on their forehead and get the blessings by touching their feet. People also used to go to temples and offer bangles, sindoor, kajal, comb, nail paint, lipstick, bindi, and prasad to Maa Durga to get her blessings.

Devotees also chant various devi mantras on the special occasion of Durga Ashtami. Both men and women celebrate this day by reading the Durga Ashtami Vrat Katha and Durga Chalisa. Consumption of non-vegetarian food and alcohol is strictly prohibited for those who are not fasting on this day.

Chant this mantra while worshiping Maa Durga to get her blessings.

Happy Durga Ashtami to you and your family ❤

Hindi, You Are Making Me *the* Mad
A SPIRITUAL PERSON IMBIBES DIVINE QUALITIES