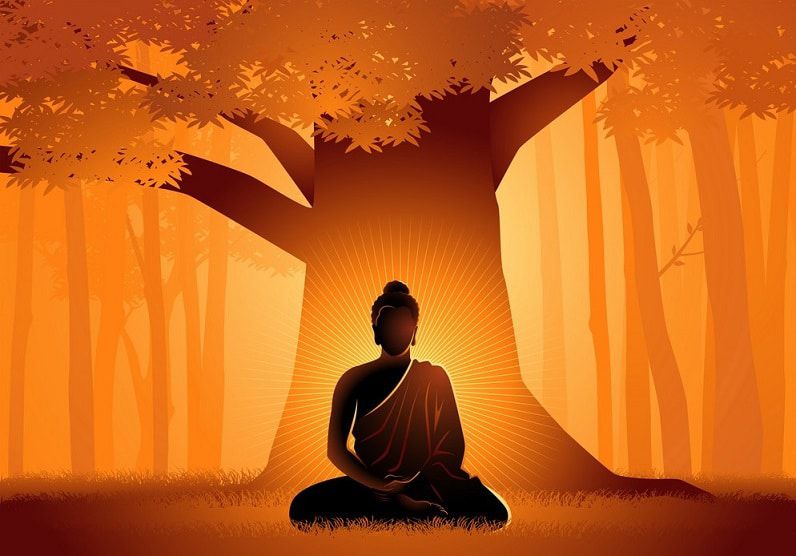 We all are familiar with the apocalyptic events of the year 2020. A year of pandemic, natural disasters, political disruptions, protests, loss of our favorite stars, etc. It’s as if mother earth is balancing all the crap, we have given to her from the past century. It feels as if the judgment period is going on and Karmic debts are being cleared. Some say Mayans probably did wrong calculations, maybe 2020 was the end, not 2012. While some optimistic audiences believe that this year is designed to get back in touch with your soul and raise your consciousness so you can elevate your life. Well, I don’t know about you but I am a fairly optimistic person and believe just as the dark night is followed by a bright day, all these troubled times will be followed by a bright future. In the following paragraphs, I’ll be covering how to get through these times by achieving a high life condition and being absolutely happy.

So, let’s start from the ultimate law, the Law of Karma which can also be interpreted as the Law of Cause and Effect (as stated in the Lotus Sutra). Whatever you give out is also what you will receive, whether it is positive or negative. So, if you want love in your life, be loving. If you want to enjoy financial abundance, be generous. Nothing in this world happens without a cause. Nothing is magical and superstitious, it is simple mathematics and logic. For example, the number of spirals in a pine cone, pineapple or seeds in a sunflower, or the number of petals on a flower, can be found in the form of the Fibonacci series which also forms a unique shape known as a Fibonacci spiral. The point being everything around you right now is a reflection of your own thoughts, words, and actions. These three factors together form your Karmic account. If you want to know what kinds of Karmas you may have created in the past, look at your surroundings. You will definitely understand the course of your past actions. This concept automatically takes into account the process of rebirth and that we don’t have just one life. If you don’t believe in reincarnation then this article is not for you. Let me give you more insight on this with an example –

I call it EOF – Equation of Life – formula. Think of your life as a record of causes both positive and negative. Every cause is added with the equal reaction in the equation and that decides your fate. Does this mean we can control our destiny? Of course, we can, by simply being aware of the causes we create now. We can’t control the past but we can certainly control the present and create as many good karmas as we can. Every step you take right now will be added to your equation of life and who knows maybe you could drive the results of that equation towards more and more positive by simply taking actions consciously and not being at the mercy of your emotions.

Now that I have told you that you can be the master of your destiny let me take you to the very next concept of the Life State and how it is in your hands to control your life state and eventually your life. From day to day, moment to moment, our state of life is susceptible to change. We may wake up feeling full of joyful anticipation at the thought of the approaching weekend, only to be thrown into a state of rage in the traffic on the way to work. Arriving late at the office, we cower at the thought of our boss’ disapproval. Then, saddled with an unexpected work assignment and the thought of our weekend disappearing under a pile of paperwork, we begin to feel trapped and resentful. But noticing the stress and unhappiness of a colleague, we offer them encouragement and assistance and begin to feel better ourselves. Nichiren Buddhism categorizes this seemingly infinite range of life states into ten inner “worlds.” This concept of the “Ten Worlds” offers a useful framework for understanding both the changeable nature of our moods and the basic nature or tendencies of our character. More significantly, it provides us with a sense of the great possibility inherent in life at each moment. The ten worlds are –

The worlds from hell to heavenly beings—the “six paths”—are easily influenced by external circumstances, so these life states are not truly free or autonomous. Buddhism encourages people to transcend the six paths and develop a self-determined state of happiness through Buddhist practice.

These two life states are characterized by an awareness of the principle of cause and effect and the truth that nothing in life is permanent. This is the basis of the realization that attachment to various things is a source of suffering and that to do away with attachment leads to liberation.

The limitation of these life states is a tendency toward self-centeredness and self-absorption. In the Mahayana Buddhist scriptures, such disciples were criticized by the Buddha for a kind of self-satisfaction that made them unwilling to extend themselves past the limits of their partial awakening to strive for the full enlightenment of the Buddha.

I’ll explain these states in detail in some other posts. For now, we need to know that the above ten states exist in the present moment and we keep on fluctuating from one to another. Most of us just remain in the first six worlds but this doesn’t mean we can’t reach the Buddhahood. Well obviously, we can’t become a buddha in a day. It took around 500 lifetimes for Siddhart Gautama to finally become the BUDDHA. But what we can do as normal people is at least introspect, accept in which world we lie, and then make conscious efforts to at least be Human beings.

So, the choice is in our hands to be aware of our causes and be happy or give in to our negative emotions and fall into the path of hell, hunger, or animality. But it is hard to deal with emotions, right? Yes, it is! Even I have not become a Buddha but I can give you a small tip that helped me to step into the world of Human beings. Following is a 5-step guide to elevating your life state.

Marriage: A Learning of Lifetime
Reading and Sharing