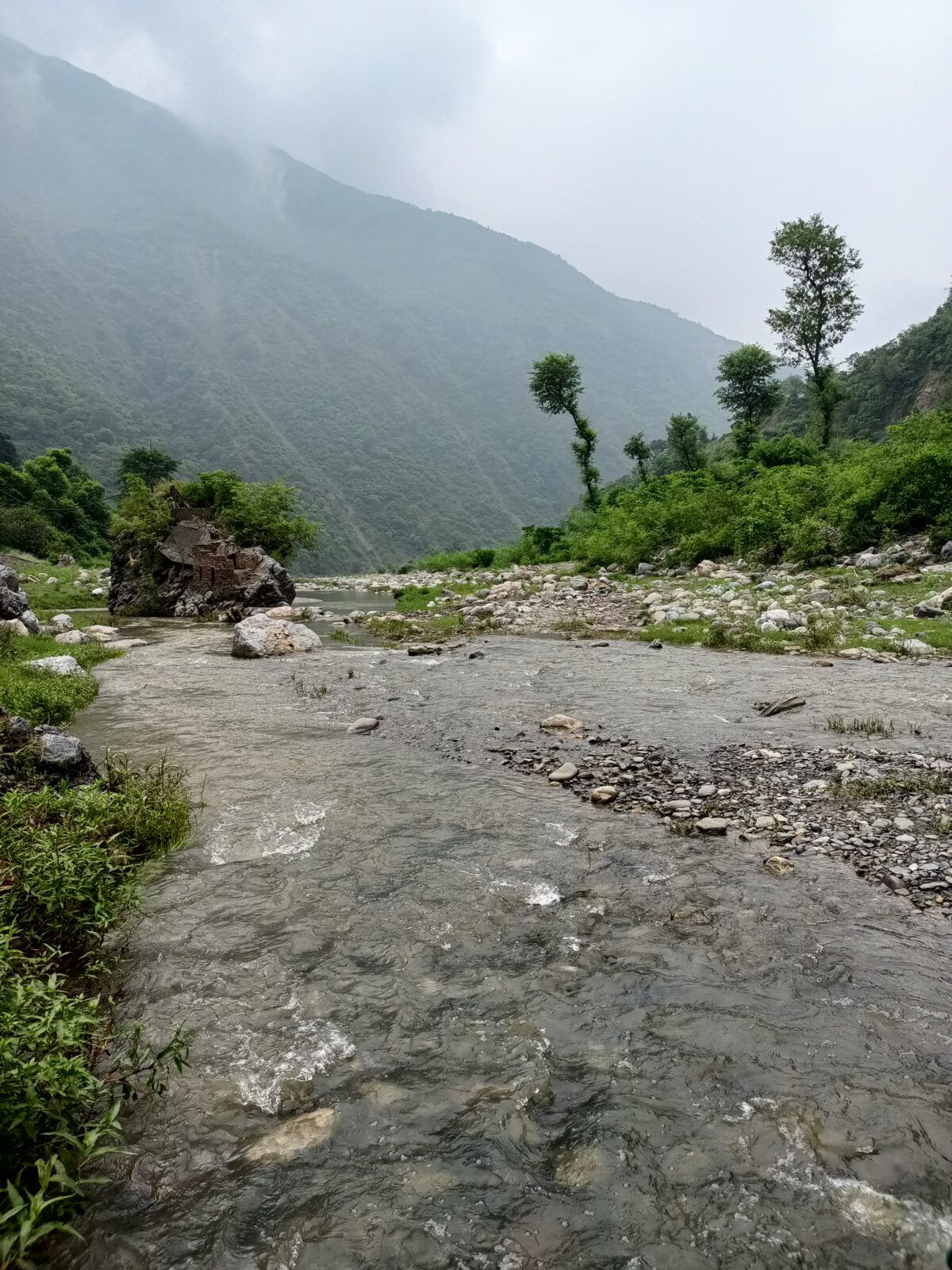 After Meeting Sri Hari, I experienced many changes, one of which is detachment. Truth be told, I just thought that it was just the ecstasy of being in a truly divine place and that it would just go away once I came back and resumed work and my life will go back to the way it was. And that’s why I avoided interaction with everyone except a few because I wanted to enjoy the bliss while it lasted.

But it’s been long since I am back to my normal life and the feeling is just as strong, or I can say that it’s growing with each passing day. I am still in the process of absorbing it and accepting it because while most of the times it’s blissful, occasionally it gets overwhelming as Shiva starts talking it gets difficult to handle the contemplations.

As long as I have understood, the root of detachment is not to self-identify with anything which is easier said than done because it is almost out of your control. Reading it in a book or hearing it in a sermon and feeling good and relaxed is one thing but being able to perceive it is a different ball game altogether. And to make it your living reality is a little overwhelming, at least for me it has been because it goes against my twenty-three years of conditioning.

When we train at the gym, and do a PR (Which means that you give one shot to lift the maximum weight you can, if you fail, your PR attempt is considered failed) so during a PR even though you have an idea of what’s coming, still the weight becomes hard to handle sometimes and you literally start dancing on the spot unable to control your muscles. This feeling of getting overwhelmed is similar to that, it’s blissful but a lot to take. And that’s where your spotter comes into play, your anchor who cannot be less than the divine because the flow is so strong that no one else can help you handle it.

The bliss part is truly divine though, because nothing bothers you anymore. You look at the world and see a matrix of karmas, you look at people and see puppets. You look at Maya and see Devi. You are no longer afraid of Maya or even death because you don’t self-identify anymore. You become aware of the precise moment when your mind cleverly tries to slip in a thought, which becomes action and gets you entangled in the matrix further. Now a days, I look at my mind and I see a little child trying to get away with whatever it likes and I laugh at it because I really think that’s funny. That’s how we get caught up in this samsara and we don’t even know it.

There were somethings, some memories that kept bothering me before my visit and I have truly been struggling with them because they used to show up unannounced and take my mind on a field trip to Sad Lane. There was nothing I could do but just to sadly let it happen and feel all sorts of guilts and pain afterwards. But ever since my visits, not only they have left me for good, they have become like a memory from another lifetime that has no control over me, and I have no attachments left for them.

I close my eyes and keep reviving the moment when I was in the temple with my Bhagwan, all alone. And I realise that nothing is strong enough to grip me in its clutches or tempt me to get attached to it, it’s only one that matters and he will always be with me. I open my eyes and look at his creation and see everything at their essence: Love. Isn’t everything made of love? Isn’t love the sustaining force for everything? If Nature stopped loving us, none of us will exist including the non-living things. So yes, everything at its core is love. Nothing can sustain without it. Every man-made thing exists because someone was in love with the idea and was passionate about creating something. Only Love can create, nothing else can. On a cosmic level, we exist because the oxygen and our atmosphere are just right for us to do so, our cells work, our heart and other organs work in exact coordination to keep us alive. Isn’t it love? Love is literally in the air!

Detachment is an intoxication in itself, you won’t need anything else. I used to go to Netflix and other virtual escapes after having a tiring day although for a very short time but I don’t feel the need of it anymore. Devotion is such a thing, that it will get you everywhere you are meant to go and it will take care of you so that you don’t get stuck or fall. Knowledge can only get you to the door, you need love, grace and devotion to cross the threshold. Because these two feelings have the power to remove emotional and mental blockages and set you free. I am not stating it will happen all of a sudden; Rome wasn’t built in a day!

The humour part is, if you hold on to this feeling, you might get attached to it (I was :P) and it will drag with it, everything you thought you left behind, so at one point, we will need to let this one go as well. I am still unaware of for how many more days I will keep feeling it, I am no longer afraid of it leaving me. Even if it does, I will remember what it was like and that will give me hope to sail through. I thank my beloved Bhagwan, for all his love and grace. And I owe him every bliss I feel. ❤

Forgiveness
What Do You Do When You Lose Your Cool?