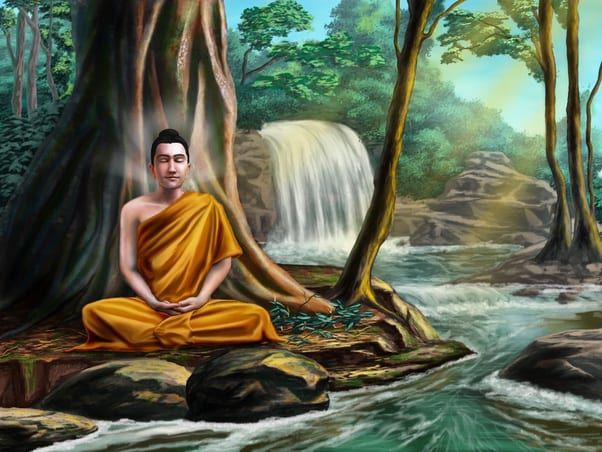 We get enlightened when our answer to the question, ‘Who am I?’, is not just theoretical, but is established in reality. Something gets established in reality when it is ingrained in our subconscious mind and manifests in our thoughts, feelings, and actions. Learning to get enlightened is like learning to ride a bicycle. Once you have learned to ride a bicycle, you can ride it automatically without much application of the conscious mind.

I call this method the ‘Act as If’ method. However, in order to succeed with this method, you have to be willing to:

For example, let us look at how the Gautam Buddha applied this process.: At first, he assumed the identity of a prince who had all the luxuries of life and dived deep into it. He even got married to a beautiful princess and had a son.

For society, he took on the role of the prince. For his family, he took on the roles of a son, a husband, and a father. His purpose seemed to be to enjoy the luxuries of royalty and play the role of a prince. However, that identity did not lead him to his authentic self or to an accurate understanding of the world. He could realise  that something was missing on the inside (despite everything seeming to be fine on the outside).

He then took up a life of severe austerities to the point of becoming totally emaciated. Although his chosen goal and purpose was to realise the truth and end suffering, his paths kept changing. Accordingly, his identity was also shaped by the teachers, seekers, paths that he followed along the way. His observations and contemplations led him to realise that even these identities weren’t working for him.

The reason why Gautama Buddha succeeded where many other failed is that although he took on each identity and path and gave himself wholeheartedly to it, when his observations and contemplations led to the realisation that a particular identity or path wasn’t leading him to discover his own truth, he let go of it completely without hesitation. As a consequence, he had to face a lot of resistance at each juncture from others who were attached to each of the temporary identities that he took on, but he reset and persisted with the process.

Finally, after choosing the middle path, while meditating under the Bodhi tree, he went into a deeper level of consciousness that took him past the various temporary identities and automatically took on a new identity that led him to enlightenment!

I am a patent attorney and entrepreneur. I'm also a singer, composer, blogger, and an inventor. Several blog posts of mine have been published in the Speaking Tree supplement by Times of India.