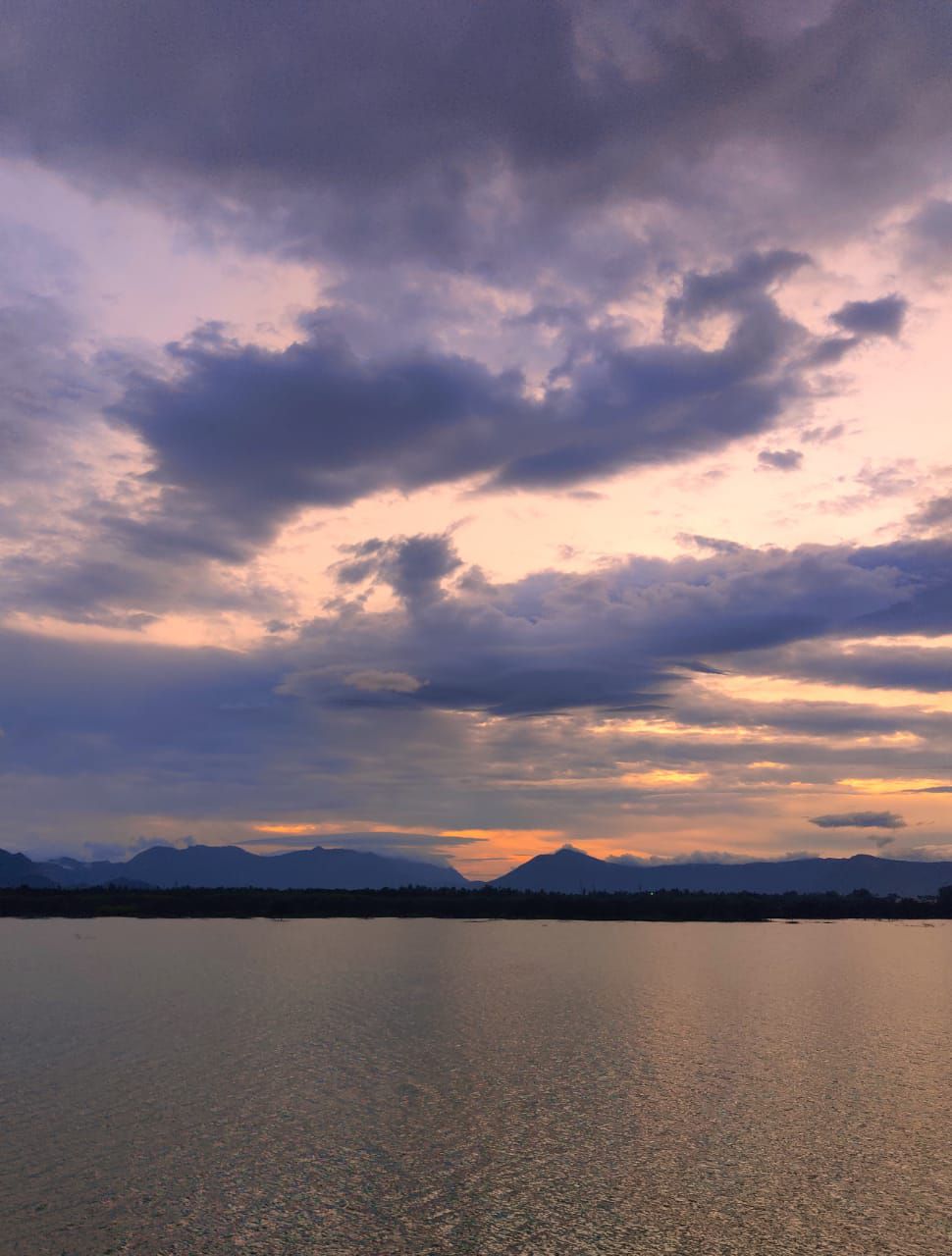 Expectations are bane of most of our worries. If we can classify them, we might be able to address them much better

The challenge of expectations and how they drag us down is well known. Lot of writers on this platform have shared their views on the topic, yet, there are readers who might want to still understand it even better. So in order to fulfill (at least 1) of their unexpected expectations, here’s my article: Expect the unexpected.

“Expectations are like fine pottery. The harder you hold them, the more likely they will crack.”
― Brandon Sanderson, The Way of Kings

Why we should expect something if it is supposed to be ‘unexpected’, i.e. we are not supposed to have expectations. Well, its like for you to fight the devil, you need to ‘think like the devil’ and anticipate its next move. So you do not don devillish tendencies for life, but for that brief moment, you ‘think’ like one.

Similarly, if you are mindful of your thoughts which orient towards ‘expectations’, then it can prepare you better to handle the situation. There are four scenairos that you should be better prepared for:

Scenario 1: Expectations from Self

“You are your own worst enemy. If you can learn to stop expecting impossible perfection, in yourself and others, you may find the happiness that has always eluded you.”
― Lisa Kleypas, Love in the Afternoon

This is the most obvious one. You are smart, or at least you think you are smart, or people say they think you are smart, or maybe a combination of all theree. The result, you ‘expect‘ to do well in the upcoming exam. You have prepared well, had a good night sleep the previous night, father ensured that you stood in front of chotu temple at home and prayed for a micro-second and mother gave you spoonful of curd before you left home. You made 2 pager note with all the key points, that you read once in the bus and once at school, 15 mins before entering the examination hall. All went ok, you came out of the hall smiling and your guess was a 90/100. The result comes in its 70/100. Not so bad, but way short of your ‘expectations‘.

These expectations were, as mentioned earlier, a combination of multiple factors and all are qualitative in nature, there is no scientific proof that can gaurantee that just because you are smart, you should do well in every exam and should get a great score. No. None. Sachin Tendulkar does not promise a century every time he bats. Roger Federrer has LOST 11 times in Grand slam finals, but we talk only about the 20 wins. So for you to do well in every exam is unrealistic and its best you taper down your own expectation.

Analyse, you must, review your answers you should, counter check with your teacher on where you went wrong, sure.. but to brood in sorrow and misery because you did not live upto your expectations, NO WAY. DEFINITELY NOT.

“I have learned that as long as I hold fast to my beliefs and values – and follow my own moral compass – then the only expectations I need to live up to are my own. ”

Scenario 2: Expectations from Others:

Kavin is your best friend. He has been there with you through thick and thin. He knows your strong points and understands your weakness. In a gang of 8 friends for a few years now, he is the one who has been consistent in wishing you on all your special occasions and being there in those key moments. So when you top the class in the semester exam, you ‘expected’ him to congratulate you, maybe he will wish you in person, or get a bouquet of your favourite flowers or at least get it delivered. You were waiting for his call/message since morning. But nothing came through, zilch, not even an unromantic SMS.  As the college was now on a break for the summer, the gang of friends were not going to meet. And your ego would not allow you to call him. So you decided to just sulk the whole day, not eat food, not doing anything productive. Gone.. whole day wasted in expectation.

Did you tell Kavin what you expect? No. Did you share your thougths with him? No? Did u tell him in the past when he wished you, that its mandatory for him to do every time? No. Did you check on his score and his state of mind, if he has done badly? no.

In the balance sheet of life, it’s the expectations from others that becomes our biggest liability. It’s like the WMD that US assumed Iraq supposedly had and waged a war for the same. It was not substantiated by any concrete evidence. We tend to get used to people behaving in certain way over time and we allow ZERO chance for failure. In reality, all humans are imperfect, all have their shortcoming and all show it at the most inappropriate time, as Kavin showed in the example above. Give a HUGE benefit of doubt to everyone in EVERYTHING. Assume NO ONE will congratulate you. Then see how all wishes give u that extra sense of joy. For every Kavin who did not wish, you will find at least one unexpected person who will wish you.

“Everyone seems to have a clear idea of how other people should lead their lives, but none about his or her own.”
― Paulo Coelho

You are a sports fan. You expect India to win every match. You expect Virat to score a century everytime he holds the bat. You expect Rafael Nadal to keep winning the French Open till he is 50 (And then he can start playing among the veterans and still win big). You expect PV Sindhu to beat Carla Marin every time they compete in a tournament.

Now, you must be saying.. how unrealistic are these expectations. Is it really humanely possible for someone to be so consistent. While we may not make such uber statements, but in isolation, before every India cricket match, we all expect a win. So also when Nadal comes into Roland Garros and when Sindhu and Carla are on either side of the net.

Unlike the first two scenarios, where the feelings are personal, in this case, one would assume that the reaction when it does not happen as per our expectations, we would be fine. After all, we as individuals, do not get anything when our hero wins a match. Its not that Virat or Nadal will send some of the prize money to our bank account (they will not even send u an autographed photo!!). But if we go by the way the English Soccer fans reacted after their team lost in Euro 2020, looked like all had a share on the $10mn prize money.

So I am definitely not advocating that you should give up your fandom or stop admiring these athelets. But for a moment, reflect upon the opponent as well. Understand that not only is that team or player also working hard, they also have a league of passonate fans praying for them to win. Though in numbers, we may assume that an India player would have a far larger following, but it does not make a difference to the player.

So what I am saying is that don’t take sports or any other public event (same could be true if your favourite hero’s movie turns out to be a dud or the politician that you admire looses the election, etc.) very personally. There is a lot more that goes on ‘behind the scenes‘ and ‘inside the mind‘, that we are not privy to.

“It’s great to be a blonde. With low expectations it’s very easy to surprise people.”

“We’re wired to expect the world to be brighter and more meaningful and more obviously interesting than it actually is. And when we realize that it isn’t, we start looking around for the real world.”
― Lev Grossman

Yeah, we, mere mortals, not only do we have expectations from fellow humans, but even from God. We expect him to get us the next job. We expect it to be a great weather on the day of the picnic. We expect God to ensure there is no rain when we head out for a run. We disregard the laws of nature and expect things to fall in place for us everytime, as if we have some divine right.

Of course, as you know, things don’t always (in fact most of the time) go the way we expect, and we tend to get dejected, disappointed and have to cancel/change plans. But we don’t learn from such occurances and again set expectations the next time around as well. Then again we blame God for doing that to us.

So the understanding here has to be set right. Have a plan B in place. Instead of a picnic, maybe do a potluck somewhere indoors. Running in the rain can be fun, so wear different shoes if you must, but still go for the run and have a ‘different’ kind of experience.

By expecting the ‘unexpected’ we kind of steal God’s thunder, we ensure we are able to control our mood/temperament and hopefully prevent the jwalamukhi from exploding!!! Being more temperate and not getting excited when something good happens, also ensures that we are not too disappointed when something bad happens. It’s easy on the heart and the mind.

Scenario 5: Expectations of Others:

Just for sake of completeness, I decided to include this use case. But people who have read my previous posts, would very well know what I think about expectations of others !!!

“A master can tell you what he expects of you. A teacher, though, awakens your own expectations.” 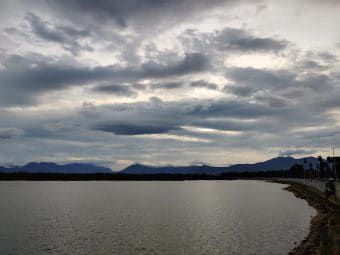 IdentityRelationshipsSlice of Life
Support This Author

How confidence is related to discipline?
My Guru