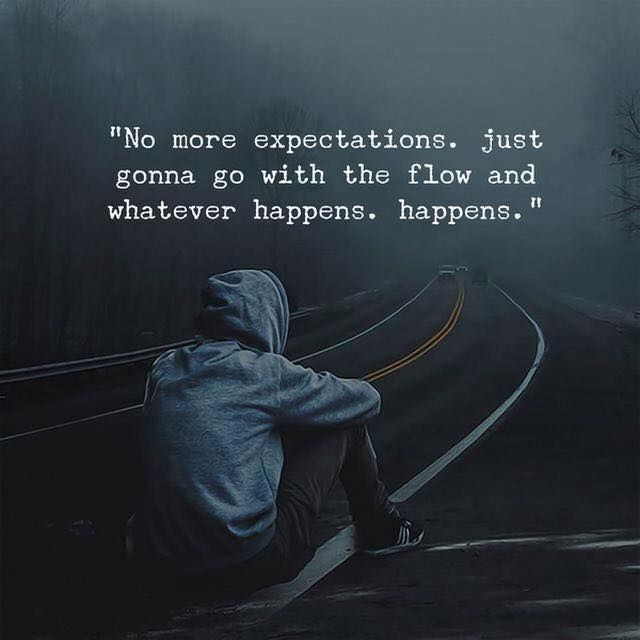 Expectation From Humans – The Biggest Source of Sorrow

An invaluable lesson which I learnt and want to share

Sastang Pranam at the Lotus Feet of our Param Pujya Swamiji. Your Source Code is running like a dream in my system called Mind. I offer my heartfelt gratitude (I can’t offer anything else oh divine being) at your charan-kamal. The way you are teaching me and relatively faster rate, that I am really surprised. You pulled me out of the pit and now playing Tenzing Norgay for Edmund Hillary (me) to mount the greater height of life. Every time, I am slipping, you are grabbing me. Every time I am getting tired, you are infusing a fresh burst of energy (not Red Bull of course 😉😜). Every time I make a disappointing performance, you are catapulting me to rise from the ruins. Your divine presence has flared up my other-wise OK type of life.

Today, I am going to discuss about a very sensitive topic which is expectations from Human Beings. Yes, us, the human beings! To make my point clear I will first rope in the great Mulla Nasruddin who will throw more light on it. After a hard day’s work, Mulla returned home to his wife Gulzan. The day before, Gulzan had praised Mulla for his wit and how a neighbor was all praise for Mulla for his presence of mind etc. Mulla was excited and with the day’s income, purchased meat for a delicious meal to be cooked by Gulzan. But the moment he hit home, he was taken by shock by seeing an angry Gulzan spitting fire on him! Poor Mulla could not understand what was going on. The day before, he was having a dream run and the next day he ran out of luck!

Upon enquiry, he understood that one of Gulzan’s relatives payed her a visit on the fateful day! Seeing the condition of her house and life style, she made a lot of comment and concluded that mulla had a lot of wit and could earn handsomely, but due to his laziness, he was not able to give Gulzan a life she deserved.  Like a bad news in the market bringing down the share price of a company, the statement was enough to pull Mulla’s credentials down to hit the lower circuit. (Sorry for the Economics jargon, readers may plz Google). Poor Mulla gave away the meat to a seemingly needy passerby who threw it back on Mulla’s face complaining that there was something fishy with the meat, else why would Mulla offer such costly meat to such a poor fellow! What a double whammy🥺!

Mulla drove home two lessons from this event. First: Human Nature is totally unpredictable and any expectations can be boomeranged. The second lesson was to offer help only if the receiver is willing to take the same. You have to be very cautious in this. Else, it may be interpreted as intrusion into personal space (the term is very prevalent now-a-days 🤔🧐🤔).

Expectations from animals and birds are quite clear, the way you treat them, the same way they will treat you back. You cuddle your pet cat or pat your dog, they will show back their affection. You show your anger and hatred, they will also reciprocate. But never assume the same with the most intelligent animal on earth – The Human Being. You may treat the fellow human being (may be your spouse, children, relatives, friends, colleagues etc.) in a very friendly and humanly manner, but it is not guaranteed that they will treat you back in a similar manner! Yes, the Good Karmas you did, will be saved in your account, but don’t expect the same nice treatment from them whom you treated nicely. You may land up experiencing Newton’s Third law: equal, but opposite reaction 😡😜)

It really disturbs and upsets you at the moment. But we human beings are like this, we can hurt without reasons and can harm our well-wishers. Really awkward, isn’t it? Let me analyze further with some real life examples.

CASE 1: A BRIDE TRYING TO WOO HIS IN-LAWS: Suppose, a girl gets married to a boy after both of them fall in love with each other madly, much to the dislike of the boy’s family. (Shalini ji, I know I am entering into your territorial sovereignty ;), plz excuse me). She tries the best to be a good bahoo, sacrifices a lot, and tries to make the in-laws happy, content and satisfied. But the In-Laws are hell bent against her. All the good work put up by the girl goes for a toss when the other bahoo (who has taken her position for granted as she was chosen by the in-laws in so called arrange marriage interview, no less than UPSC types guys 🦸🕺 ). So it is her obvious right to behave as a district collector💪! But the consistently performing girl with ‘Love Marriage’ tag keeps on trying until she is degraded to the lowest possible level. After all, she is also a human being and has a threshold of tolerance. When it is pushed to the extreme, she tells her husband to move out. And that’s it! The bahoo has led to crack in our family framework. She had negative intentions right from the word go! The verdict is passed and the bahoo is theoretically executed (ostracized). What is your take on this case?

CASE 2: YOU TRY TO HELP SOMEONE AND END UP BEING INTERFERENCE TO THEIR PERSONAL SPACE: Someone say X, was in trouble and always shared his problems with someone say Y. Y used to listen and listen. Then X accused Y only of listening and not doing anything. Y thought it was high time to help X. He started helping X and tried to keep track of the possible improvements in the life of X. Else, how would Y know whether his help is really of any use or not. One day Y took stock of the situation and innocently suggested X some steps to be taken for further improvement of the situation. But X became infuriated accusing Y of spying and un-authorized access into X’s personal space. X used very hard pinching words and all the expectations of Y to help and improve X’s life got shattered by this misunderstanding. X further told Y to step down as the matter was personal and the struggle was meant to be fought alone and Y had no business in it. What is your call on this scenario? Whose fault was it, X’s or Y’s? And please no diplomatic comments which cannot lead to any conclusion like our Parliament Sessions 🙀🤔. Meera ji, could you throw some light🧐?

CASE 3: JOB COMPLETED BOSS: X working as a subordinate reporting to Y appraises Y with great enthusiasm🏋️ that the work assigned has been completed. X did not tell how he overcame various genuine obstacles and completed the task with all the dedication, attention and sacrificing family time etc. as X considered it was his job for which he is getting paid to sustain himself and his family. But an assignment with lesser difficulty was accomplished by Z was extremely highlighted. It was because of some fancy charts and graphs and the so-called new age ‘Story Telling’ technique. It really did not have that much difficulty, but the Microsoft Project Frame work coupled with PANDA’s Work Flow Sheet with NUMPY, MATPLOTLIB (sorry again for the tech jargons, but these are very relevant) made it look like conquering POK and annexing it to India 😁😁). In that case, Z snatches away all the credit and X is asked for the unfinished parts of his assignments. What has been completed by X is completely ignored and X is asked to report to Z after Z is elevated to an intermediate hierarchy! What is your response to this perplexing scenario? (All the Corporate job holders in this elite os.me family may pitch in with their response. Madhavi ji, do you have anything to say?)

Sorry Shalini ji, I have entered deep inside your territory. I do not know if I have hurt anyone’s sentiments in this post. If so I genuinely apologize for the same. But expectations from human beings are such a dangerous proposition, that everybody should trade cautiously as per my small experience. Sometimes over expectations from spouse triggers a war zone like situation in an otherwise smoothly sailing family. Disappointing treatment by human beings are way too much painful to digest than that of disappointing situations.

Hence, I have decided to anchor my faith, belief, worship on our revered divine Swamiji (I do not treat him as Human Being in the first place though his physical appearance is like one) and completely surrendered myself at his feet🤗🤗🤗.

Just now read a blog from the great Narayan Murthy that Indians have highest ego per unit of achievement even more arrogant than the Americans. Can we please work on this🤔🤔🤔

Jai Shri Hari. Thank you all for your utmost patient to go through the otherwise boring post🙏🙏🙏.