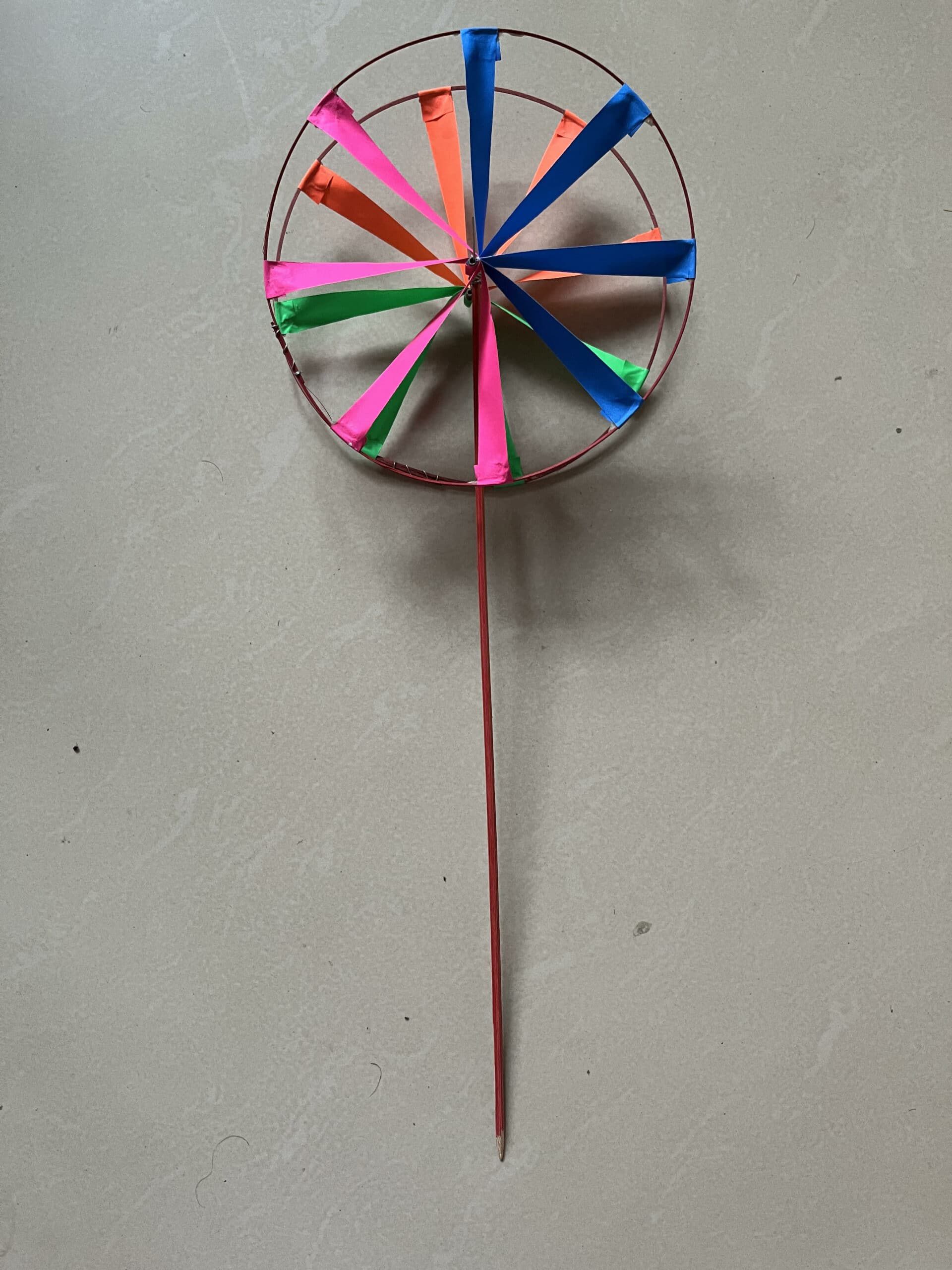 My tiny effort to keep the traditional craft alive

On seeing a shabby man holding many miniature rainbows on the roadside, I ordered my driver. Before he could react, I explained that I wanted to buy colorful pinwheel wind collector from a street vendor. The driver stopped the car near him and gestured him to come close to the window. I rolled down my window glass and asked him to show one pinwheel. He delicately gave me one.

I looked at the craft with almost surprised as it was made up of two wheels and a long stick, thin wires were used to hold them as well as to give them rotating movement and strips of vibrant papers were glued to make it attractive. How much was the cost of raw material? Ten rupees included not only raw material but also its cost of making, time consumed in selling and his profit. How much he would save in one pinwheel, I wondered!

I asked for one more.

To support him, I bought one whistle of Rs. 20/-, one baja (plastic whistle) of Rs. 20/- and one plastic mask somewhat resembling a cartoon character of Rs. 20/-. I asked him to show a plastic car. On inspection I found that this piece of car was an old piece, it was somewhat wear and tear, and its wheels were not functioning properly even on my butter soft hands. I returned it. On seeing a bit disappointment on his face, I asked to give me two more pinwheels although I did not need them but to support the traditional craft and to encourage him I made that small purchase.

I gave him the total purchased cost, a hundred rupees note. A faint smile appeared on his face.

I rolled up the windowpane and asked my driver to give all these toys to his children. In the moving car, I realized that oxytocin was released in my blood in large amounts, which caused the release of a chemical substance known as nitric oxide, which dilated my blood vessels, and as a result, I was feeling a boost in my mood as if someone had injected a high dose of happiness in me.

I decided that if I ever saw this vendor again, I would buy all his pinwheels and would distribute them among the children who could not afford to buy even a ten rupees toy.