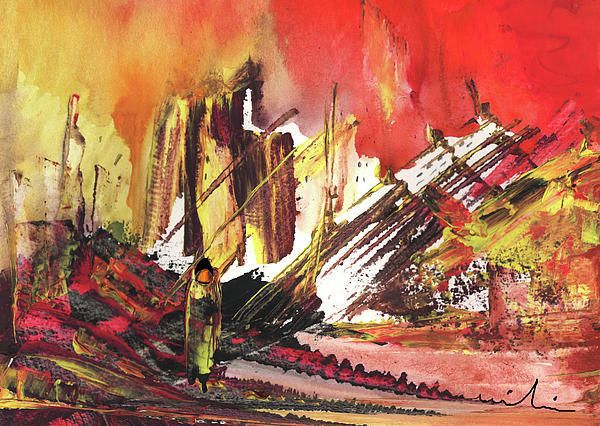 The day was 25th of April 2015, I was in Kathmandu, Nepal.  I had been living there for last 1.5 years now with my family. It was a Saturday,  and in Nepal unlike most other countries Saturday is the last day of the week and a public holiday.

The legend is that during the Rana regime, one of the important figures started it because Saturday or Shanivar is a day dedicated to Lord Shani (Saturn) and it would be inauspicious to start any work on this day. On the contrary I would have thought Saturn being a planet which rewards hard work; it would make more sense to work on a Saturday. But anyways without digressing let me come back to the day. It was just like any other Saturday, my mother and sister had gone out for shopping and my father and I were at home. I had finished my brunch and was lying in bed as I had gotten up late for I was playing  chess till late into the night. My father was in the other room watching TV.

It was around 12 in the noon and I suddenly sensed that my bed was shaking, I realized it was an earthquake, I ran to the other room and shouted to my father to run out of the house as it was an earthquake. He was so engrossed in watching the TV that I had to yell out louder this time  “Bhukamp hai, bhago bahar.” I was angry at him for not sensing it on his own and wasting precious 3-4 seconds that could prove crucial in deciding whether one survives or not in such natural disasters. And as we were rushing out, the intensity of the earthquake kept on getting higher. I had experienced many earthquakes before, for I have grown up in Assam, which is an earthquake prone state. but this was different. This was not just big, it was GIGANTIC. As I was running towards the open space we had across our house, about 70-80 meters away, I fell on the pucca road because the earth was shaking violently. I hurt my knees, and as I fell on the ground, the first thought that I had, I remember vividly, was that the ground would break open and I would fall into it. I got up and managed to reach the ground which was already occupied by the neighbors. There was wailing and screaming all around. I noticed that the compound walls of some of the houses had fallen and reduced to rubble. The duration of the earthquake, I later found out was 53 seconds. FIFTY THREE seconds of an earthquake at a Richter scale of 8.1. It was Shiva doing Tandava, I thought to myself. But this was just the tip of the iceberg, the events that followed were far worse.

I was now thinking about my mother and sister who had gone out shopping. I had my phone in my hand when we had rushed out of the house, so I was trying to call them but the phone, internet and power services were all disrupted post this massive quake. The call/message would not go through. Neither my father nor I knew where exactly they had gone for shopping, though we had a tentative idea about the area but we thought it would make more sense to wait for them here then go out looking for them, lest they come here searching for us.

I was going through the worst thoughts at that moment, I was wondering what if they were inside a mall and the building had collapsed for I doubted whether these buildings were earthquake proof for an earthquake of this magnitude, especially because of the low quality structural materials and poor workmanship being the norm everywhere. There was grief, chaos, screaming and wailing all around. People were checking amongst themselves whether all their family members were out of their homes unscathed. There were street dogs which gathered around me whom I used to feed every day, howling out loudly, as if asking me what the heck just happened? All this while, I was frantically trying to call my mother and sister over and over again, hoping that the call would go through. It didn’t. About 2-3 minutes must have passed and I saw them walking towards us. I rushed to them and before I could ask them, they told me that they could not leave for shopping as just as they had left the house, they met one of our acquaintances who used to live nearby our home, and she pressed them to come to her home for a cup of tea. They were about to leave her home just when the earthquake occurred.

Now that the four of us were together we needed to decide what was to be done. I told everyone that we certainly cannot go back inside the house for some time for aftershocks would follow after such a massive quake. What I did not know was that there would be about 25-30 massive aftershocks in the next two days.

All the neighbours who were at the open space gathered around and decided that there was no way we could go inside our houses, because the massive quake had already rendered the foundation of the buildings weak and it may collapse anytime with another aftershock. One last straw and it might break the camel’s back.

We were all in the open ground. One aftershock after another would follow every 40-50 minutes. We could see the buildings swaying in front of us. Not once, but many times. We were scared that it would fall on our heads. The atmosphere was doomed with horror and fear. Two people had fainted due to extreme anxiety and fear.

To make it worse, it started to rain sometime in the afternoon, and unlike in most of India, April is not warm in Kathmandu. Now we had nothing to cover ourselves in the rain. Some of the neighbours who had tarpaulins with them rushed to their homes to get them for makeshift shelter. What was most heartening to see was that people were sharing the space with each other. Most people didn’t have tarpaulins. We didn’t. But we were offered space inside the tent. These tents became a ubiquitous sight in the city for many days post the earthquake. We all crammed ourselves inside the few tents that we could manage to build. There were about 50-60 of us and we could only manage to build 3 small tents. We did not have more tarpaulins with us. We could not even stretch our legs.

It continued to rain and the temperature dropped further and aftershocks carried on. And during every aftershock my father would hold my hands tightly as if telling me – I am counting on you to save us. I realised that I cannot afford to get weak. Though I was scared inside, but I put up a very calm and composed exterior throughout the next two days. I was pretending that it would all be fine, that we would survive. That it was not as bad as people were making it out to be. I personally was not scared of death, I have never been. As Woody Allen said  “I’m not afraid of death; I just don’t want to be there when it happens.” I am scared of the process, pain and suffering associated with death, not the death in itself. Death, to me is a beautiful thing; it would put an end to all the sufferings, at least till the time I am born again. I was scared that dying in an earthquake could be a gruesome experience, or worse I might injure myself and survive and live with some disability for the rest of my life. I was scared as hell of that.

P. S – Since this write up is getting rather too long, I shall post it in two parts. The next part would be more about how we managed to dodge death.

A Daily Prayer to Myself
मुझे तुमसे शिक़ायत है….!