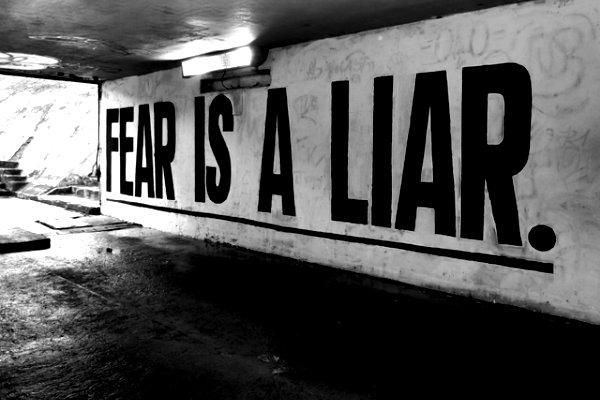 What happens to religion when fear is left out of the equation?

Fear and guilt are supposedly the best things that drives people to do something against their will. Swami has always taught us not to do anything out of fear. But what happens when we leave fear out of the equation? The stark line that separates the good from the bad starts to blur. Most of us don’t do things which are supposedly “bad” because of fear. We don’t steal, cheat or hurt other people, not because we particularly care about strangers or are concerned about their well being but because we are afraid of accumulating bad karma. If once in a while we do something beneficial for someone else, we think that we’re doing it as a selfless act of charity, when in reality we keep thinking about the spiritual brownie points we’re getting for our charitable act. Setting aside rules and regulations and good or bad for a while let us think about this with an open mind. You may entirely disagree with me but please hear me out once. If I were to shoplift a loaf of bread from a huge supermarket, would it really financially affect the owner or anyone? Not really. But would I do it? No. I wouldn’t do it, because it’s illegal. I wouldn’t do it because I’m “afraid” of getting arrested. If there were no laws or rules in the country, who’s to say whether I would’ve stolen that loaf of bread or not. It happens in nature all the time. One creature steals the food of the other. It’s not illegal in their world. So, does that mean morality is a social construct? While I understand morality and rules are required for social order in a civilization, I don’t understand its role in spirituality? Why are we told to become sattvic (I’m not talking about just dietary restrictions but the sattvic nature of a person. Because rajasic and tamasic doesn’t seem half as bad to me) for progressing on the spiritual path? Why is it said that if we lie, our sadhana loses it’s power? I used to feel guilty about lying because I was told lying is considered “bad” on the spiritual path. I was afraid that my lies would set me off the spiritual path. But in my heart, I didn’t think lying was bad, because if I did, I would’ve stopped lying much earlier. Now, with fear out of the way, I don’t see much reason in not lying. Although, saying the truth when you don’t want to, increases your strength of character and I’ve felt it and yet I think it’s okay to lie when you deem fit.

I’ve pondered on this topic of fear mongering for quite sometime now and I would like to know about your thoughts on this topic. It is liberating when you stop doing things out of fear, but it becomes very confusing as well because now you have to charter your own course and navigate your own way instead of following a rule book.

Thank you soo much for reading this post. Please forgive me if I have offended anyone with my writings. I know this post might come across as very messy and confusing mostly because I’m still confused about this and a million thoughts were running through my mind while I was writing this, so thank you for bearing with me. Don’t forget to share your views on this. It’ll be much appreciated. See you soon! 🙂