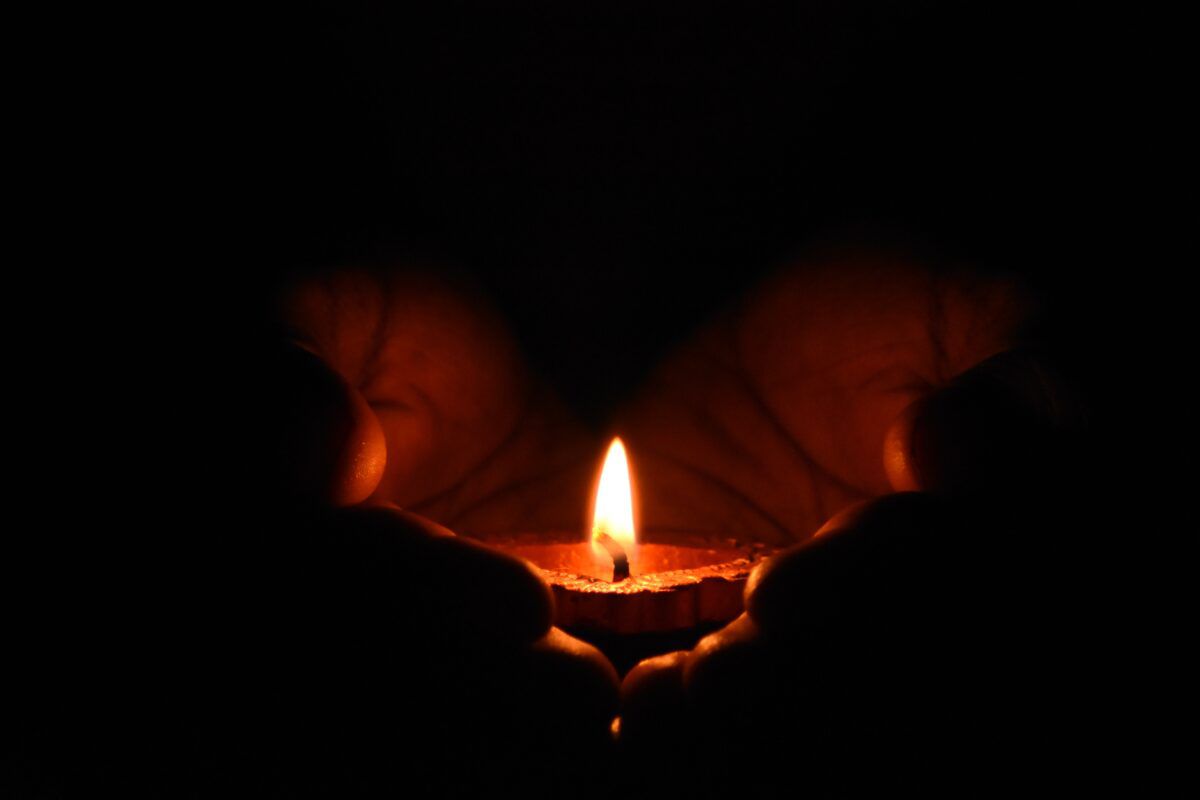 The First Visit to the Cremation Ground

As I waited for my friend Ravi at noon on a breezy and sunny day in Pune, I couldn’t help but think about how much I had learned from working with him on society matters. He is a true leader and I had the privilege of being the secretary while he served as the chairman.

As we made our way to the market, we crossed a cremation ground. It was then that Ravi mentioned to me that the cremation ground now had an electric furnace, which made the process more convenient and well-organized. I couldn’t help but feel a little uneasy at the thought of watching a body being cremated, but I didn’t say much about it.

As we reached the shop, Ravi parked his scooter and turned to me with a puzzled look on his face. “Prashant ji, have you ever been to a cremation ground?” he asked, and I had to admit that I had not. Ravi didn’t take my answer as a final one and instead decided to explain to me the importance of visiting a cremation ground, or “smashaan” as it’s known in Hindi.

He told me that it didn’t matter whose funeral or “antim yatra” you went to, it was important to make an effort to attend at least once a month. Ravi himself never missed an opportunity to go, and he explained to me that it was a humbling and grounding experience that helped one to empathize with others and put their own ego in perspective.

I was left speechless, and could only nod in agreement, even though I had no personal experience to draw from. Ravi then said, “Come on, let’s go get that quotation. And next time, I’ll take you with me to a cremation ground.” I couldn’t help but admire his transparency, honesty, and energy as a leader.

A few weeks later, Ravi called me to inform me about a passing of a resident of our building, and I was surprised to find myself accompanying him on the same scooter to the cremation ground. It was a new experience for me, and I couldn’t help but feel a mixture of confusion, amusement, and humility. As I reflected on the experience, I realized that Ravi had helped me to see the importance of being present for others, even in their final moments.

As I entered the cremation ground, I was struck by the number of people who had come to pay their respects. The family members were visibly in pain, crying and going through the rituals. I felt uncomfortable looking at the body and the family’s grief. Behind the body, there was a big metallic door, the final destination for the person’s remains.

I felt everything that the family was going through, their pain, grief, and dried tears. It was the first time I had seen humans grieve and suffer the loss of a loved one. The sound was different, it went inside my ears and touched me. My eyes were wet and I found myself crying, watching the family members. I was crying at a funeral of a person I had never met before.

The rituals were over and the pandit asked for the body to be placed on a tray. That same door that I had seen earlier was opened and the tray was pushed in with a force making a rumbling sound from the metallic wheels. And with a big thud, it slammed the furnace door shut. The echo settled in a few seconds. It was a horrible sound. And then came the final cries of the loved ones. This sounded even more painful.

Ravi looked at me, I was sobbing. He patted me on the back and asked me to follow him outside. We stood there for a while, to settle in. I was numb and all I felt was pain. The thought that one day, I would be pushed in similarly and my loved ones would break down, made me cry again.

“This is the truth, Prashant ji,” Ravi said looking at me. “What is the need to fly high in arrogance, bring ego in every matter, and speak harshly with anyone? When everyone is destined to visit here one day!” These words hit me like a reset button. They made me appreciate my family, kids, parents, and friends even more. I had taken them for granted before. I had no idea about the ultimate truth, the experience. I felt grounded, humble, and at peace.

I immediately understood why Ravi was surprised to hear that I had never visited a cremation ground before. I thought it was no big deal, but it was a big deal, and I was missing out on something important.

After this incident, I made myself available for many funerals, and every time, I found myself ending up arranging things for the last rites. Once I was scared to see a body, now I was arranging wood and touching the body to shift it. This change was important and the credit goes to Ravi for teaching me one of the most important life lessons. I am indebted to him for showing me this part of life.

I think the almighty sent him as a messenger to graduate me.

PS: I recently watched Swamiji’s video where he specifically mentioned about visiting samshaan. So glad I had been doing this as a practice to keep myself calm, grounded, and humble.

As a creative and sensitive individual with a passion for design, I have found my new path. Thanks to the books written by our beloved Swamiji, that led me here. Jai Sri Hari 🙏