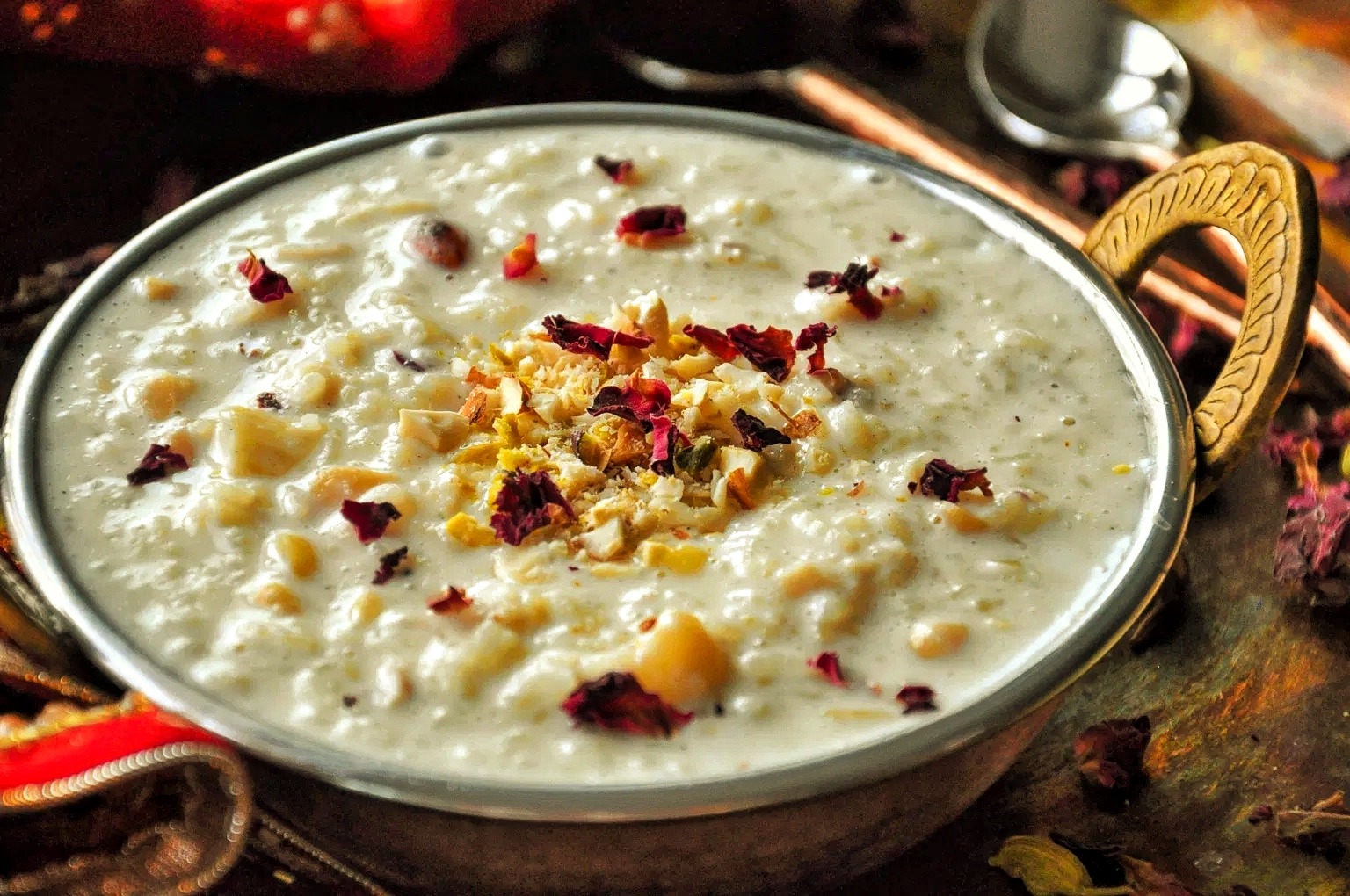 Never shall I touch the Hamper Again

Once there lived an aged couple in a village. The husband was a peasant. He toiled day in and day out in the fields, but all he got for his labours was bland and insipid food, which he took  resignedly. The Wife, on the other hand, was a glutton. To him she served but a dry todah (coarse bread made of corn-flour) . And when the poor fellow  went to till the farms, she feasted on delectable Kheer, all by herself.

One day, when the old man ploughing his fields, the handle of his ploughshare broke down. Disengaging his Oxen , he came home. The house was empty, His wife had gone to the temple, where she used to spend most of her time.

The Old man was hungry,  as always. He entered the kitchen and caught the sight of the kheer pot tucked in the hamper. It filled him with suprise. How could she have managed to cook such a delicacy in the state of utter penury that they lived! A sense of deep remorse overtook him. For all these years he had ignored her needs, mindful only of his own hunger and todahs she made for him. And here she was. Out of nothing his woman had conjured up a potful of kheer to give him a suprise of his life. Trembling with sweet joy, the old peasant dipped a finger into the dish and sucked at it yearningly. It tasted heavenly, and before he could realisze , the pot was empty. Burping with contentment, he recalled that he had a job to do . The village carpenter lived nearby. He went to him, got the plough repaired and was on his way to his fields.

Now the old woman returned home and found the kheer pot empty. No one else, she surmised, but her husband it was who had done the deed. Not only that he robbed her of her favourite repast, but found out her little secret too!  The codger had to be shown his place, she decided.

Even as she ground her teeth in anger, the sound of beating of a drum caught her ears, Hurriedly she came out of her home to see what it was. In the street a royal proclamation was being read out. The Queen, it said, was distraught by a painful abcess on her leg, which refused to go despite application of all potions and poultices prescribed by eminent Vaids (Ayurvedic doctor)  of the kingdom. A big award now awaited any of the Raja’s loyal subjects to come forth and rid the royal spouse of her misery.

On hearing the proclamation, the old woman nearly jumped with joy. She had heard that the Raja was a man of moods. He could shower favours one moment and rob someone of his life, the next. Here was a chance to hurl her man before the fearsome Raja. Breaking through the crowd of idlers, she approached the town crier and told him, ” Stop making  a din, good man and listen to me carefully. You have already found the man who can cure the Queen in one sitting. He is none else but my husband, who at this moment is tilling the yonder fields. Go get him. He will pretend to you he doesn’t know anything about medicine and that he is but a humble kashtkar (tiller of soil). Just don’t pay heed to hid words. Drag him to the palace if you have to, and present him before the King.”

The Raja’s men took the old woman at her word and approached the old man who was busy ploughing his fields, He tried hard  to tell them that he was an ignorant peasant and did not know anything of medicine. But why would soldiers listen to him! They hauled him to the King’s presence..

It slowly dawned on the old man that he had invited all this misery on himself by gobbling that pot of Kheer without the permission of his wife. But he kept his counsel. Now there was no escape for him. Either he had to come up with a remedy for the queen or face the King’s ire. A though crossed his mind. He asked for some prickly saroot (a type of prickly grass) blades and sat down brooding on his fate. Presently the  ailing Queen  arrived, and sat before him. Shivering with fright, the old man eyed the Queen’s boil and did not quite know what to do with it . His mind had gone completely blank. A long time passed, but he did not as much as raise his finger. The Raja became impatient. “Quit this meandering and commence your cure, or else… ” he thundered royally.”

On listening to Raja’s angry words, the old man started waving a sharp saroot blade on the diseased spot of the Queen’s leg, muttering

“The handle broke and took me home;

Of gobbling kheer the blame is mine.

Never, I vow, never shall I touch the hamper again!”

The more he recited his mantra, the more violently shook his hands. As luck would have it, the sharp point of a grass blade penetrated the ripe boil, causing it to burst open. The Queen got immediate relief. The King was elated and he rewarded the old man handsomely. On his way back home , he kept muttering:

“The handle broke and took me home;

Of gobbling kheer the blame is mine.

Never, I vow, never shall I touch the hamper again!”

Hope you liked the folktale.