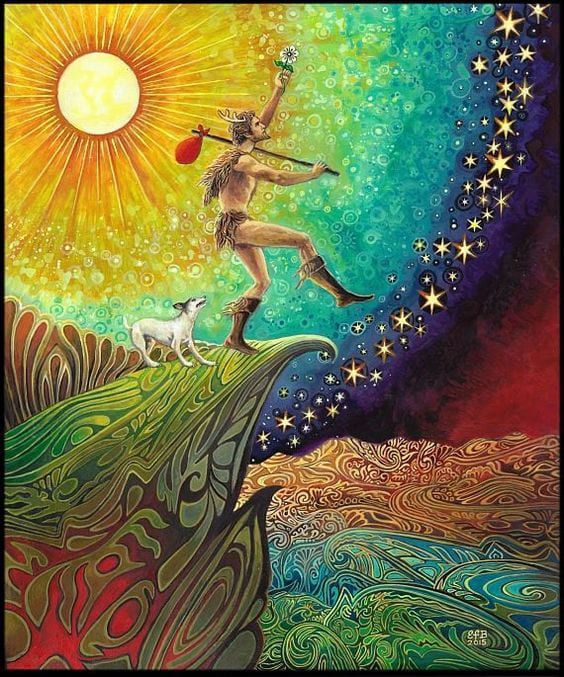 Fooling the Mind into Positivity

Everyone wants to be positive. I’m yet to see someone who says that he or she enjoys being negative. People all want to be happy, to have hope and aspirations, to enjoy themselves, to be positive in general. But few are able to actually be so, especially when faced with challenging situations, unfavourable conditions, difficult people to handle and many other such aspects of life.

Here is one method which worked for me in some difficult situations.

It originates from the basic belief that being positive, being happy, originates not from outside but from within one’s own mind. If you haven’t heard of the story of the happy man without a shirt – here’s an abridged version:

A King was perennially unhappy and wanted a cure for his unhappiness. Many a physician, jester and other tradesmen tried to make the king happy and failed (and as with most kings, lost their lives in the attempt). Finally, a wise man advised the king to wear the shirt of a happy man to cure his unhappiness. The king sent out his whole army to search for a happy man and bring back his shirt.

After several failed attempts, the soldiers found a man smiling, laughing and having a thoroughly good time all by himself. On being questioned, he confirms to them that he is truly happy. When asked for his shirt, the man who is bare-bodied replies that he has no possessions (and specifically no shirt) and that what’s makes him truly happy. The king realizes that he needs to look within him and not outside for a solution and over time, becomes happy.

(Here is a link to the poetic version of this story “The Enchanted Shirt”, in case you want to read it).

So, with the firm belief in place that being positive and happy come from one’s own mind, the next step is to convince the mind to be so. Which is easier said than done especially if one is inclined already to being plaintive, depressed, obstinate, and harbours all those feelings which are negative.

So Step Two is to be aware of those negative aspects that one wants to overcome. I’d suggest that one should take one trait at a time. Swallowing more than one can chew is a common mistake and leads to no useful results. We have all the time in the world to work on ourselves. Hurrying up on internal change doesn’t work out. The mind is stubborn and it likes to be the way it is. It generally rejects change and making one’s mind change requires patience.

So, having developed the belief that being positive starts with one’s own mind and then identifying one negative trait to overcome, here is Step Three – as the title says “Fooling the Mind to Positivity”. It originates from the fact that the mind generally responds better when it is compelled to accept a situation or solution when it knows that there is no other choice. I am not suggesting that a particular thought be forced upon oneself – force will not work as the mind is an adamant mule and will not like force.

So how does one fool his or her own mind?

By convincing it – listing out reasons why there is no other choice but to be positive and happy. This involves reason and not force. It involves justification, logic and analysis.

What that means is to list out for oneself all the consequences of being negative in a situation and the reasons to be positive. Negative sentiments will in turn evoke negative reactions from the environment.

For example, when someone bangs into your prized car, you can start a fight and its’ most likely that the other guy will also fight back. He’s not going to take it lying down. So the negative action will in turn evoke a negative reaction.

Say, you’ve lost a promotion to your colleague. Being uncooperative with him and others at your work is not going to enhance your performance. It may put a brake on the other’s growth (in some cases), but will definitely not improve your own output.

A written list always helps and it must be read, re-read and modified to be more effective. One needs to show to oneself that negative reactions will generally not get them anywhere. (By the way, positive reactions are not guaranteed to take you anywhere convenient either but they are guaranteed to help you be at peace with yourself.)

To help believe that the mind can be fooled, I repeat the anecdote used in the film “3 Idiots”.

The watchman of a town would go about the night shouting “All is well” and the people slept peacefully. All was truly well for a long time till there was a major theft. When the people ganged up on the watchman, they discovered he was half-blind and had no way of seeing a thief coming in at all. They had slept so long in peace because they were fooled without knowing the truth.

So the mind is a fool. It can be tricked by none but itself.

It’s good to start this practice when all is generally well outside. It’s a start to the practice. It’s easier when the external environment is conducive. One’s mind is also a creature of habit. So making the habit of fooling the mind into positivity when one is in a happy situation will make it easier to extend the habit to more challenging situations.

There can of course be more ways to developing a positive approach to life and the above is just one possible method. It worked for me and over a period of time, it’s become a habit now to be positive in most situations.

Another way for later….