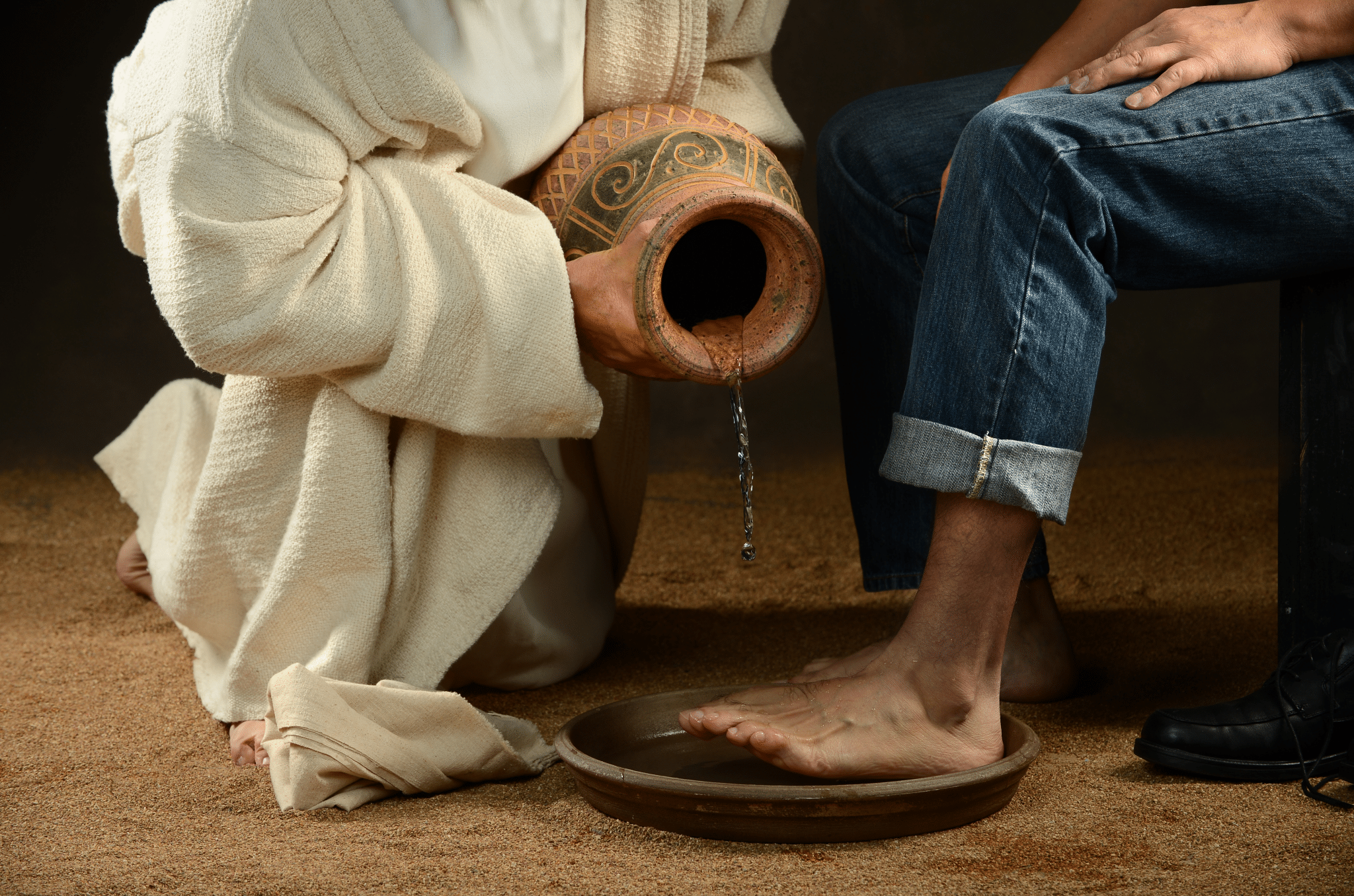 A practice that brings healthy humility

One thing that’s unicorn-rare in Western religion these days is foot washing. Jesus specifically commanded His disciples, “Now that I, your Lord and Teacher, have washed your feet, you also should wash one another’s feet. I have set you an example that you should do as I have done for you. “(John 13:14-15) Today, you’d be hard-pressed to find a congregation of folks following Christ’s advice. Something I don’t observe very often is a genuinely humble person. Humility is virtually non-existent in our Western culture, and even the thought of it terrifies people.

There are lots of reasons why foot washing is a good idea. Not the least of which is that cleaning other people’s feet, either physically or spiritually, is a fast track to sincere humility. If you are interested in a practice with authentic, transformative spiritual power, this is it.

Humility is a very elusive trait that the bearer cannot judge. Benjamin Franklin wrote, “There is perhaps no one of our natural passions so hard to subdue as pride. Beat it down, stifle it, mortify it as much as one pleases, it is still alive. Even if I could conceive that I had completely overcome it, I should probably be proud of my humility.” The only way for a person to know if they are genuinely humble is for someone else to identify it on their behalf. Anyone who self-assesses as humble surely is not.

My hero Ram Dass has written and spoken extensively on the subject of aging and dying. In February of 1997, he had a massive stroke that left him partially paralyzed and in a wheelchair. He wrote, “Dependency has been so fierce because I used to be a super-independent person. I’ve always prided myself on my independence. I’ve come to appreciate, from my new perspective, just how much “independence” is revered in our culture, and how humbling we consider dependency.”

Most of us end up learning humility in the most challenging way possible – through the exhaustion or forced extermination of our pride. However, Jesus gave us an incredibly more straightforward and more rewarding way to learn humility without the Universe (karma) having to humble us.

Would you please join me for a short thought exercise? Imagine someone in your life that has harmed you in some way. Now imagine they are on their knees in front of you, washing your feet. How does that make you feel? What is the look on their face? How does the look on your face make them feel?

Next, imagine the same person except for this time, they are the one sitting in the chair, and you are on your knees washing their feet. How does THAT make you feel?

Years ago, while working in a large youth ministry in Houston, Texas, we had a foot washing ceremony with a number of high-school students. All of the participating Sunday-school teachers washed the feet of their entire class. One kid, in particular, I remember to this day. He was about fourteen, very skinny, and had lots of acne on his face. He was intelligent, wore glasses, and had the general appearance of a nerd. I knew him and his family pretty well for six months or more.

As I knelt before his chair, my wife passed me a fresh basin of water. When I looked up at him, I could tell he was extremely nervous. He asked me, “is there any way I can skip this part?” I asked quietly, “why would you want to do that?” He replied, “I’m embarrassed for you to see my feet.” As he said it, I could see the tears forming in his eyes. He was genuinely afraid. While most of the other kids had removed their socks, he hadn’t.

I said, “Why don’t you allow me to remove your socks, and we’ll look at them together.” He gently extended his foot. As I removed his sock, I saw that his foot was covered in what looked like previously healed and scabbed-over sores. I held his foot gently in my hand and said, “It’s fine. Do they hurt?” He replied, “No.” I then proceeded to remove the other sock and wash his feet.

He started crying, followed by myself and my wife. Within a few moments, there wasn’t a dry eye in the room. Jesus knows how to teach humility. Jesus also promises that foot washing comes with a big blessing attached (John 13:17). A little bit of soap and water mixed with just the slightest amount of humility allowed a fourteen-year-old child to release years of built-up tension and shame.

As he was heaving and crying, how could anyone in the room do less? Are we not all ashamed of something about ourselves? Aren’t we all dying inside for someone to come along and accept us as just as we are? How many times have you wanted someone to touch the part of you that was hurting the most and just say, “It’s OK.”

Humility is a super-power. The next time you need to reconcile with somebody, consider offering to wash their feet. We both know you won’t do it (LOL). But remember, every time you say to yourself, “there’s no solution,” it’s a lie. Humble yourself, and miracles will occur.

Relationship Bill of Rights
His Grace