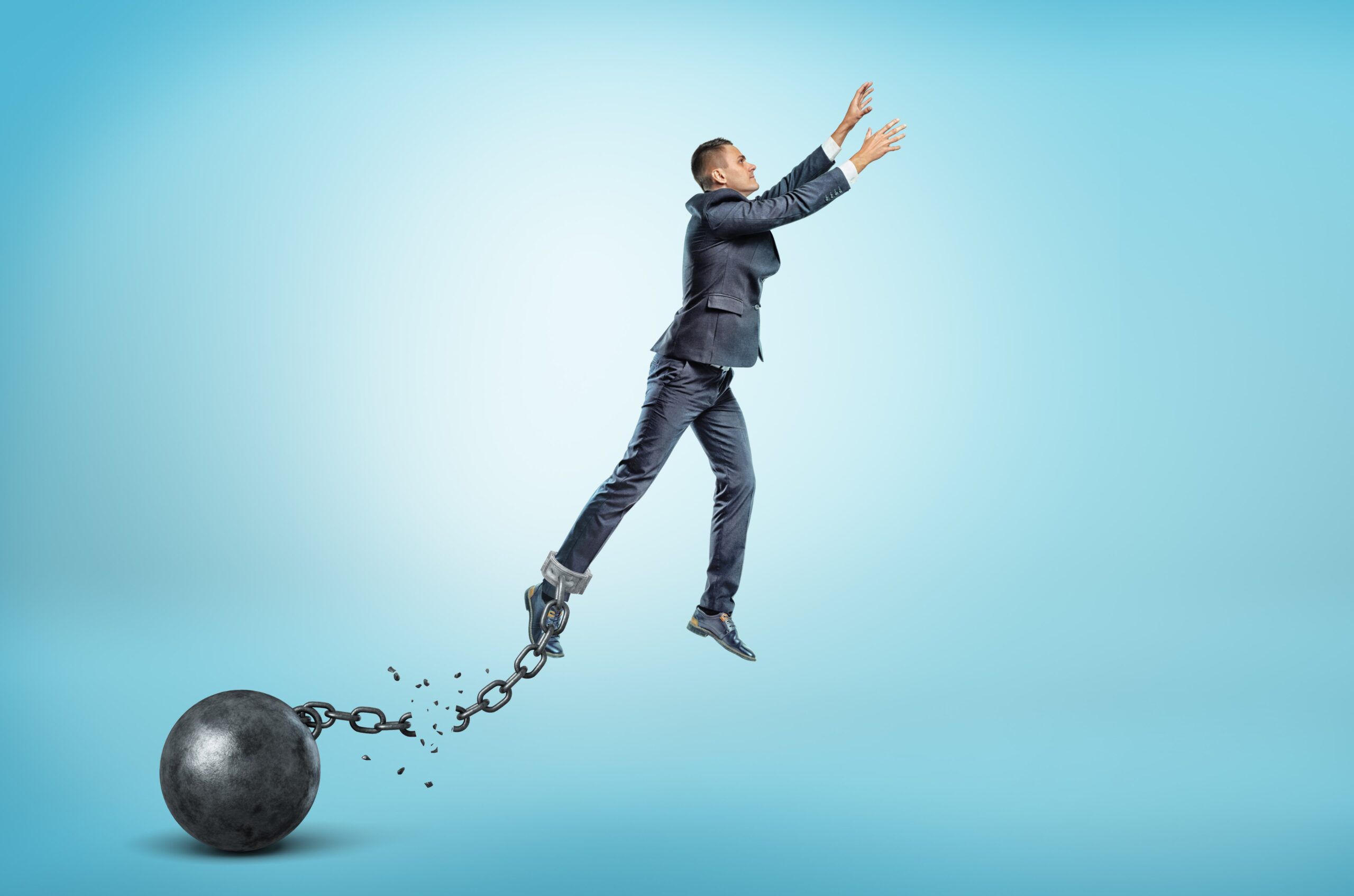 Between You & Your Freedom

How do we forgive those souls who have wronged us deeply? How can we pardon people permanently who’ve treated us dishonestly, unfairly, and insensitively? How do we forgive the unforgivable – murder, rape, physical abuse, harming a child, and other scarring acts of violence?

First, we gain the understanding that forgiveness is utterly a selfish act. We forgive others solely to improve our own emotional and spiritual condition. It has nothing to do with excusing the harmful behavior committed against us. Forgiveness is about keeping our hearts open and light. If I’m holding something against someone who does that harm? Only me. Grudges are a heavy ball-and-chain I choose to drag around.

When we hold unforgiveness in our hearts, we act as 24/7 debt collectors. Our minds continually return consciously and subconsciously to the hurtful events in our past. We demand someone pay and make restitution for what’s been done to us! But when we cannot collect the debt, the hurt grows like emotional cancer. Whatever we dwell upon persists in our reality. When we constantly revisit old wounds, we strengthen their influence in our lives.

I believe in karma; what goes around comes around. Today when someone hurts me, I try to immediately recognize that my own actions from this incarnation or one previous are returning to me. If I react and fight back or try to enact some retribution, I push the karmic cycle out into the future to be faced anew. If I respond to negativity with negativity, it’s like digging a ditch only to fill it in again immediately afterward.

Maharaj-ji said, “Forgiveness is the greatest weapon because a saint so armed is unperturbable…he can give up anger immediately.” Forgiveness isn’t defensive – it’s offensive. Note how Baba calls it a weapon with which to arm yourself. Why?

Unforgiveness follows emotional hurt like a one-two punch. It suddenly jumps on a person like a face-hugger from the movie “Alien” and mutates their existence with negativity. Once I start holding something in my heart against one person, it won’t be long before I try to collect it from others, including those I love.

Yet I have a choice. I can immediately accept that whatever circumstances I face have been drawn to me by my personal karmic predicament. I can accept that people who have harmed me are Divine vehicles helping me reap the intentions I’ve sown – they’re my teachers.

We must use our “greatest weapon” at the first possible opportunity. We must begin forgiving the other person as quickly as we can after the harm has occurred. I don’t need to call my friends to gain sympathy, meditate on it for a week, or plan revenge – whatever I resist persists in my life! I need to accept what is and start searching my heart for any signs of heaviness. Like Maharaj-ji instructs, it needs to happen “immediately.”

When I think of the name of a person who has harmed me, if there is any averse emotional feeling in my heart, the forgiveness is not complete. If I feel negativity towards someone, that’s my stimulus to pardon them, to take steps back towards agape urgently.

Practically how is it done?

When I was new to the process years ago, I would write blessings for my unforgiven souls in a journal repeatedly until I returned to a state of neutrality. There were lots of them back then – sometimes I was trying to forgive twenty or thirty people at once! Over time, I learned to accept complete responsibility for my incarnation and avoid allowing unforgiveness to take hold in the first place.

Today, I use unforgiveness to trigger positive prayer and intentions for the soul I perceive has harmed me. When what they did crosses my mind, I pray blessings for their lives and healing for the pain they are experiencing, as only hurting people can hurt others.

If what they did to me was especially grievous, I ask God to take blessings from me for their behalf and to prosper them in every way. I often pray the Divine grant them wisdom so they won’t hurt themselves or others in the way they injured me.

I often thank Baba for the lessons learned.

I avoid all negative thoughts about those who’ve damaged me like the plague – because that’s what it is – a disease! Unforgiveness is never stagnant – it’s on its’ way out, or it’s in the process of taking over.

Remember that forgiveness has nothing to do with absolution. I’m not excusing harmful actions – I’m simply keeping my heart light, happy, and open. I may not be able to continue my relationship with a person who has done me wrong. Wisdom may say the risk of them harming me again is too great. In such a case, I do as Maharaj-ji instructs, “kicking them out of my life but not my heart.” I can’t be in a relationship with them, but I still feel nothing negative towards that person, moreover wishing them well.

Who is the most challenging person for us to forgive?

“You know that story — the Chinese story about the boats and the fog? As the boatman, he hits another boat, and he starts swearing at the other –”You, why didn’t you look where you were going!?!” And then the fog lifts for a moment, and he sees there is nobody in the other boat. And he feels like a fool. Well, it’s roughly the same thing. You hold a grudge against your father as if he’s in there. He isn’t in there. Psychologically you think he is because you think you are in you, but then you begin to see he’s just a set of phenomena happening. You are busy saying, “I forgive you. I forgive you.” To a clock? You know, it’s really nothing different than that. I don’t mean to demean personality. It’s quite interesting. But it is a lawful set of events. It’s not freedom.” – Ram Dass.

I encourage you today to unburden yourself. Pray blessings for those who’ve persecuted you. Wish well-being to souls that have injured you. Restore relationships if you can. Let it go. 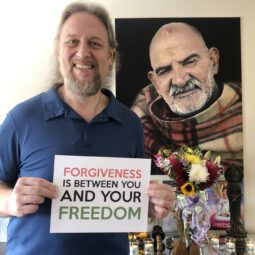 Forgiveness is between you and your freedom.

In Christ with you,

I have found the way to my temple of peace, have you?
Attention Vanara Army — Rama Calls — Part 2