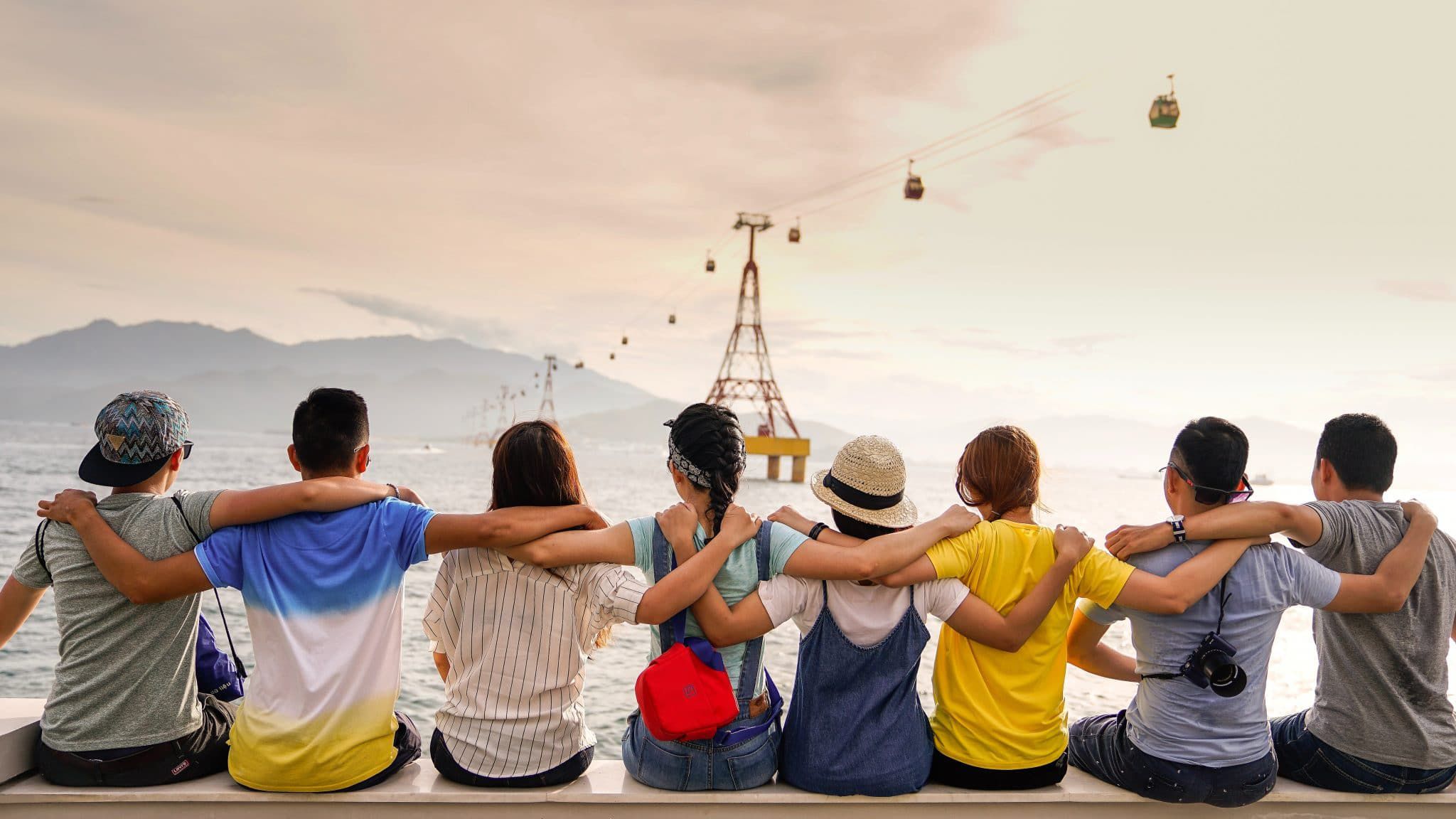 A relationship beyond labels

When it comes to the labels of the world, I am as ignorant as a dodo! To me, it feels pointless to have so many terms to define numerous relationships. Whenever I pondered upon it, all relationships appeared merely as variants of one thing — friendship.

Swami is my confidant, my husband is my intimate friend, my son is my little friend, and my parents are my well-meaning friends. All of those sweethearts who stood by me during difficult times are my special friends! The list is endless. Truthfully, even those who abused me and trash-talked about me are my spiritual friends because they challenged me to improve myself.

Luckily, due to my attitude of friendship, age and gender divisions felt like non-existent entities. As I found out at one point, not too many people view the world as I do.

My parents were very liberal for the most part, except when they made a shocking U-turn and forced me to get married (when I wasn’t as prepared for it). Maybe they were possessed by the spirits of those random daily soaps they watched!

Throughout my childhood, all my friends — boys or girls immaterial — were generously invited home. Their count wasn’t one or two. It was more like 10–15 at times. My mom patiently greeted them with snacks and savories. To my annoyance, some of my friends spent more time gossiping with my parents than me. Worse than that were those who sided with my dad and teased me!

Also, I still remember my birthday when a group of friends showed up with cake early in the morning (9 AM). I was quite a sleepy head Kumbakaran in my younger days. Consequently, when my friends arrived, I looked like a zombie in my nightclothes. My parents and sister celebrated my birthday with my friends, while I rushed to get ready.

Now and then, there appeared a black sheep. A love-sick Romeo who would disappoint me with a “love you” note. While I was a teen, I was busy contemplating Swami Vivekananda’s books and attending Bhagavad Gita classes with my father. So, my crushes were aligned accordingly.

I did a reality check and deemed Lord Krishna beyond my reach. Therefore, it was Arjuna whom I had a crush on. That left me with barely any consideration for the mortal lovers. Therefore, anyone who approached me with a lovey-dovey attitude got kicked out of my friend list forever.

During my high school years, I observed that the love-sickness spread like a forest fire. Thanks to those wonderful movies which merely showed the truths of marriage before the wedding! That was one of my major instances of feeling like a misfit. I felt that society was not ready for a liberal person like me. Hence, I resolved to teach a lesson to those making a mess of my friendship. And, a light-bulb flashed.

Soon, it was Raksha Bandhan day. Sisters were busy tying Rakhi threads to their brothers. I walked into a store and bought Rakhi threads in bulk. I had enough for every boy in every section of my grade. That day, I hunted them all down.

The Rakhi I tied was more like a friend-o-meter! All of my friends’ realities surfaced. Some guys made fun of me for not trusting their friendship but readily stretched out their hand for Rakhi. Some of them wore my Rakhi as a sign of pride. They remained my friends for a long time, and a couple of them even met my husband in the US.

There were a few whose faces changed red as a tomato. A handful disappeared from my sight during every break hour that day. After that, I never spoke to any of them. Perhaps, a hi-hello on Facebook later on in life.

That night after tying the Rakhi, I felt relieved. Nobody would misunderstand my liberal views of friendship anymore. Somewhere though, I was also disappointed. I had no issues with anyone having me or anyone as their love interest. That was their problem. To make a joke of friendship wasn’t acceptable to me. More painful was to know that a few misinterpreted my love as a romantic interest.

Talking of friendship, a while back, I was active on many Sanatana Dharma-based forums. There, a question kept circulating. People debated endlessly about the relationship between Krishna and Draupadi. Many concluded that they were like brother-sister. To me, that idea appeared archaic!

Krishna and Draupadi were way ahead of their times. Even eons after their existence, many people struggle to understand them. The most Divine bond of friendship tied them. A relationship that labels can’t define. Their extra-special companionship, which reformed the world, triggered my fascination for the Mahabharata. Their platonic love for each other melted my heart.

The duo from Mahabharata taught me what friendship was all about. Between genuine friends, there is almost a race for giving as against taking. There is more tolerance than expectation. There’s a lot of detachment and an abundance of unconditional love. Friendship, especially across genders, needs open-mindedness and purity of thought. If there is any relationship close to divinity on earth, to me, that is friendship.