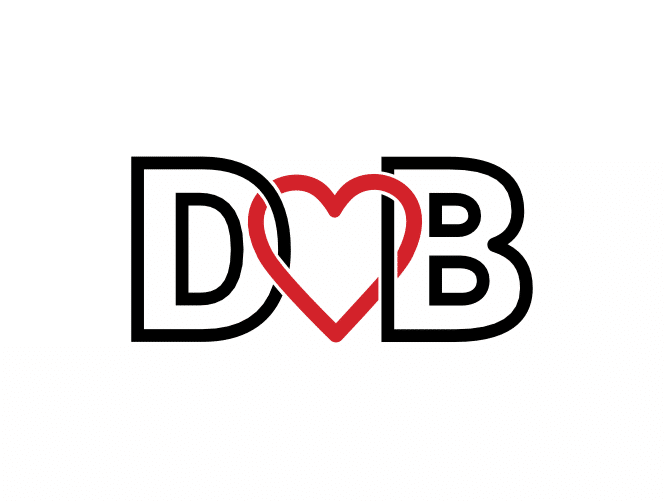 From the city of sand dunes to the land of Buddha

The home that we had built in the hope of planting roots and growing old was sold. After months of waiting and deliberation it was gone in a few days after I finished my second Gayatri Sadhana. My intention had been to move on from a house that was no longer serving its purpose. My intention was to let it all go so I can be fluid again, ready to take a new shape in a land unknown. It happened out of the blue; through an agent we didn’t know and with a buyer I didn’t particularly like. But it was done and dusted in a handshake that taught me the biggest lesson of my life one more time; to let go gracefully.

I thought I would break down and cry. I was expecting a good old dose of Bollywood melodrama. But it didn’t happen. I didn’t cry at all. Instead, I got busy packing, donating unwanted things, selling my beloved car, finding a new job for my housekeeper Charito and basically ironing out creases on this fabric of life that had been crumpled for far too long.

Everything connected to the final sale was full of glitches. The buyer visited our home unannounced umpteen number of times in the hope of finding a hidden crack or something that missed his eye. He asked too many questions and talked too much. Looking back, I feel I could have been more kind. He had lived in a small two-bedroom apartment all his life until his business hit a jackpot and he then decided to buy a big five-bedroom split level house with a huge garden. He was excited to enter the space. I was in a hurry to exit the place. Both were at crossroads. Just with different priorities.

My husband who is a Six Sigma Black Belt planned the move meticulously. He measured every piece of furniture, counted every book, all kitchen gadgets and created a detailed inventory of things we would ship. It filled two diaries. That should give you an idea that I don’t live lightly.

Clothes and shall I dare say most of them were new.

Shoes. Actually, tons of them.

Emotional and physical clutter oozed out from every pore of the house.

After weeks of sorting, we somehow got through the packing and shipping. After many disastrous interviews and attempts, in the nick of time we found a great job for Charito where she would be paid more, and they were also cat rescuers. After being together for almost 12 years our time was up. Charito and I went one last time to her favourite restaurant Chillies and a celebrated our love for cats and cooking over a hot chocolate brownie.

Things began to take shape slowly. We were moving to Bangkok. City known to us and loved by us. I already had a part time opportunity waiting for me. Nassim was taking a gamble with nothing concrete in his kitty, but we were optimistic. We had friends there. We loved the culture. It was time to jump. Because if you don’t swim, you sink. A lesson that I have learnt repeatedly in this lifetime. This would be the 9th time to be precise!

Things started to fall into place. My best friend Viki was traveling and gave me keys to her beautiful apartment so we could stay there after selling the house until we travelled. Another close friend Preeti took it upon herself to send food regularly. Christine, a fellow rescuer offered to foster our 5 cats for two months so we could travel and set up a home in Bangkok.  My buddy Josh issued staff business class tickets for us to travel to Bangkok so we could take a lot of baggage with us. Preeti gave her car and driver so we could transport my 5 cats to the fosterer who lived two hours away in Ras Al Khaimah. I had no idea how much I was loved until this move.

The final day of the house transfer was nerve wrecking. We had to empty the entire house, move into Viki’s apartment, and then go for the final transfer. It got so hectic that I was not able to feel my body in the end. Nassim suffers from back issues and so all the heavy lifting was done by me and Charito. In the end all that remained were just the four walls and some beautiful memories. The life from the house was long gone. In that moment it stopped being my home and became a property that we owned for a while. We had to let go of our dream, so someone else could build theirs.

The circus with the buyer and the agent continued. Nassim and I would hold hands and remind each other that this was a test, and the learning was to keep going until it was done. At a designated date and time we reached the transfer office, only to be told that the buyer was late. After an hour he messaged that he had gone to another transfer office by mistake. When we reached the new location he was nowhere to be found for another hour. With each passing minute our patience and faith were being tested. Keeping our calm, we played this game of chess one move at a time. Everything that could go wrong, went wrong on that day. The final papers were delayed, the buyer argued when he had to pay service charges, the final agreement took two hours instead of 10 minutes to be drafted and to cut a very long story short finally at 8 pm on December 5th 2021 we got the final payment, and the buyer got the keys to the house.

But it was not over for us yet. We had to rush to the only opened bank branch at that odd hour to deposit the cheques. We needed the amount to reflect in our accounts before we traveled as it was the starting capital for our new life. Even though we requested repeatedly to the bank employee to take the cheques from us directly, he insisted that we deposit them in the ATM machine. And guess what? The machine malfunctioned as the first cheque was deposited and  that was the start of another nerve wrecking drama. The bank maintenance team was able to open the ATM machine after an hour and retrieved the cheque. But once the cheques were handed over and the house was sold, it was smooth sailing then on. The cord was cut and we were free. It was as if someone had opened a door for us to walk in and there were no more speed breakers. Everything that was holding us back suddenly disappeared.

Our remaining stay at Viki’s was hectic but lovely. Charito went to Philippines to see her family before starting a new job and we kept eye on the target and counted days before the final exit. It all panned out exactly like how Nassim had planned.

Looking back I can see things clearly now.

The house was sold when it was meant to be sold. No amount of pushing helped. I did my first two Gayatri sadhana’s in that duration. It kept me sane. But also pushed me to be patient and have faith.

Breakthroughs happen unexpectedly. An unknown agent sold the house to a buyer who was not on the scene. So many agents had tried earlier. Many families came and saw the house. But the house waited until it found its rightful owner. Sometimes we dont choose the house. The house chooses us.

Nothing belonged to me. The house was gone. The car was gone. Many belongings were given away. I came to Abu Dhabi 17 years ago with one suitcase, and now I was leaving with a shipping container, a loving husband and 5 rescue cats. That’s growth! What was mine remained. What was gone never belonged to me. In these 17 years I got married again, became a cat lover and an ardent cat rescuer and started my business. I became the woman that I am today in the UAE. I have a lot to be grateful for.

When I said final goodbye to friends, there were no tears.  I simply moved on with a lot of love for everyone.

On December 8, 2021, we travelled on a one way ticket to Bangkok at 2 am. As we sat holding hands, we were too drained to cry and too sleepy to say anything. We were glad that we made it, together. Everything had finally fallen into place and that’s all that mattered.

After landing in Bangkok, everything was a blur. We had less than 30 days to look for an apartment, unpack the shipment, set up the house and get it ready for the cats. The shipment arrived according to plan. Then the cats arrived. I had to start work immediately. There was no time to spare. I got busy planting roots all over again. The wheel of life took over.

We recently went to Dubai to wrap up pending bank work and happen to pass  by our old home.

There was a tiny prick in my heart this time around.

Not because we had to sell our home, but because my cats Cherry and Winnie are still buried in the garden. As Nassim drove the car around the roundabout, I was able to see the garden that once was a playground for all the rescued cats. I was reminded of all the injured cats and kittens that passed through this lovely home and were now adopted and living in different parts of the world with their new families. I could see the balcony where cats used to play and sleep in the winter months soaking in the warm golden sunlight. I remembered all the paws that had caressed my face once, and missed my old life.

I closed my eyes and imagined Cherry and Winnie chasing butterflies and grasshoppers in the garden. I could feel Cherry sleeping between the plants like she used to and Winnie rolling on the grass while meowing softly.

It was the only time I cried.