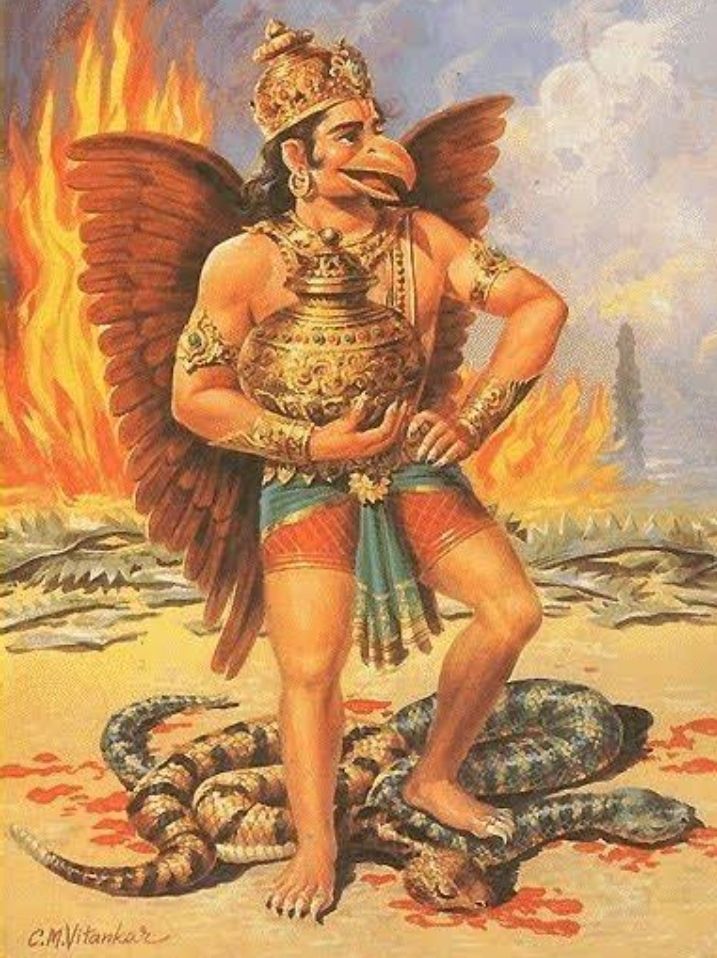 The story of Garuda

Garuda, the king of the birds, was the son of the greatest sage, Kashyap. Garuda had hatched from an egg laid by his mother, Vinata. As soon as Garuda was born, his body expanded and touched the sky. His eyes appeared like lightning and the mountains trembled as he spread his wings.

Just after Garuda ‘s birth, Vinata had a bitter dispute with sage Kashyap’s other wife, Kadru, who was the mother of serpents. The evil Kadru tricked Vinata and enslaved her. Kadru told Garuda that his mother will be freed only when Garuda brought amrit, the nectar of immortality.

The amrita was carefully hidden away in kingdom of lord Indra. Garuda had no choice, but to fetch the amrit at any cost.

He flew to the lord Indra’s kingdom and challenged him to a battle. Indra accepted the challenge and soon a battle was waging between the two. Indra gave  a tough fight to Garuda, but was defeated in the end. Garuda then carried amrit to Kadru and released his mother from captivity. Just as Garuda exchanged the amrit for his mother, lord Indra swooped down and snatched the amrit away from the serpents. However,  the serpents managed to lap up a few drops of the amrit, which made them immortal and split their tongues. 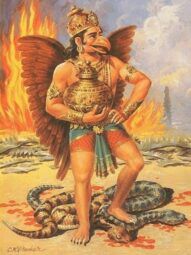 Prayer That Takes You Closure to Your Source is the Essence of True Prayer. ❣️
Sri Brahmachaithanya Pravachan-May.16