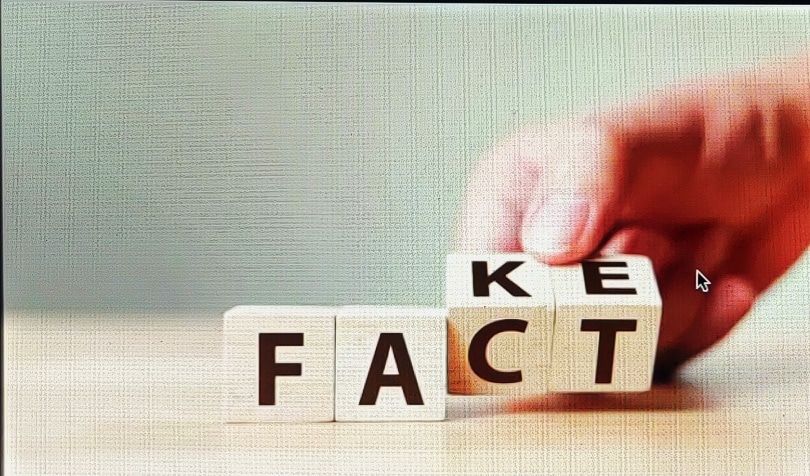 In the malaise of fake news that we are dealing with, we many times comes across something we genuinely wish, was true

Two weeks back, I read a news article online, which totally moved me. It was about a 85 year old gentleman in Nagpur, who was CoVid positive and was admitted in a hospital. Apparently, moved by the acute shortage of beds and news of people desperately looking for a bed, he made a bold move. Observing how a 40 year old patient’s wife was begging for a bed her husband, he decided to relinquish his own bed, insisted that the family take him back home and the hospital give the bed to the patient less than half of his age. His supposed famous statement indicated “I have lived my life, this person needs the bed lot more than me.” He passed away a few days after he was taken home. 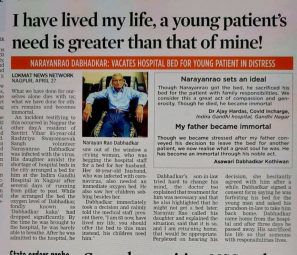 When I uploaded this story on LinkedIn, it garnered unusually high amount of interest. Some 8000 views, 130 odd likes and 12 comments. Without doubt, this was a story which moved a lot of people, because of the emotional quotient and the huge sacrifice the man made. It was also mentioned as representing the pathetic situation in the country, where lot of people were dying not due to Corona, but due to lack of oxygen and beds.

Then, I got one comment on my post, which totally shocked me: A person pointed out that the story was fake. The patient’s daughter had denied the same.

Now, I went into a total spin. Embarrassment for having posted something which was eventually fake, was not my concern. My bigger concern was the extent to which people can go, in propagating something like this.  The detailed story on how this was discovered and the fact-checking effort involved, can be read on the below URL:

Just to summarise what’s mentioned on the link: the gentleman was real, he had CoVid, he was in the hospital, he did leave the hospital, he did come back home and he did die after a few days of coming home. The major fact that is NOT TRUE, is that he did not relinquish his bed against the doctor’s suggestion as someone else more needy could get it.

But My post is NOT about the malaise of fake news and how we so often get caught in its trap. Its about the perceived gesture by the gentlemen and what it says about humanity and human spirit. For someone to conceptualise the scenario and think of an act like this; for me, that thought alone is inspiring enough. I don’t want to know if this is real or fake. I don’t want to go and meet this person or know more about it. I just want to hold on to the sentiment on display, on the act of compassion and sacrifice and LEARN from it.

The art of possibility talks about how, once we think of something in the realm of possibility, the potential to do a LOT MORE is ensured. It raises the benchmark of expectations to a totally different level, as in this case.

When people are thinking of stuff like “what will it cost to donate 1000 masks”, “how much I lose as my factory is shut for 2 weeks”, “How can I help the migrant workers if I am not allowed to step out due to lockdown”, ” there is a message asking for help for a bed in Delhi, but its so sad, I don’t know anyone in any hospital there, so I guess I cannot help”, etc.  – Totally lame statements which indicates lack of drive or initiative. Then you come across such a supreme sacrifice by this gentleman, where he put his life at stake, to give someone else a chance to live.

In conclusion, expand the boundaries of your thinking, don’t limit yourself to what is your ‘perceived’ potential. Use your power of imagination to leapfrog into the zone of the ‘unthinkable’ and you will discover the ‘superhero’ in you : the one for whom no task is impossible.