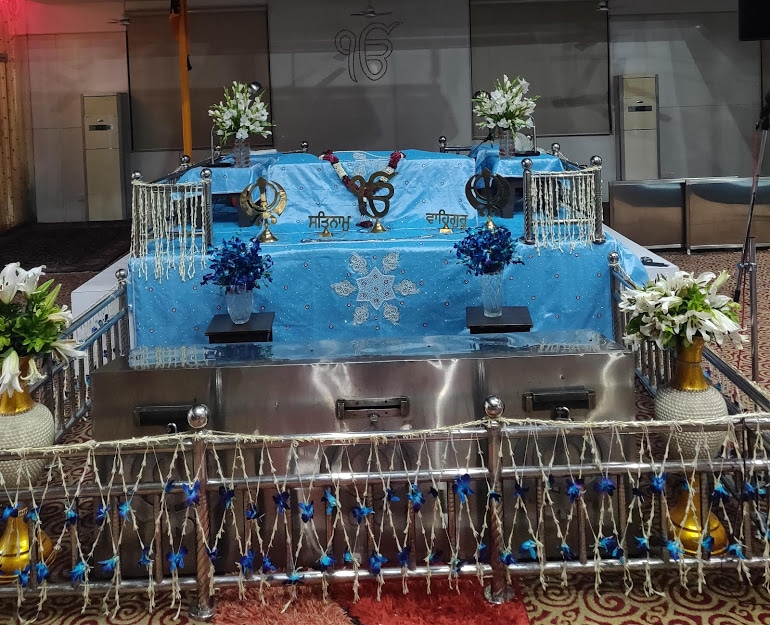 A true story that still gives me goosebumps

It was the unforgiving month of January. Clad in woolens from the tops of their heads to the tips of their toes, the Sharmas set out in the biting winter chill. The suitcases lay packed and tucked safely in the car that would drive them to the airport for their 8:00 am flight to Dalhousie. Along the way, two stops were made- one at the 24*7 nearby to buy candy for the fussing Aaryan and the other at the Gurudwara to ensure a visit to the holy place before embarking upon the journey.

Dalhousie was cold and if Delhi had seemed it, the former could be described as colder. Much colder. And some roads in the area were often closed due to heavy snowfall. One such road was the Dalhousie-Khajjar road. Not only was this drive considered an essential part of one’s visit to the tourist hub but also served as number 1 on the list of ‘dangerous roads’ in India. And by some miracle or lack thereof, the road lay open.

It was a very narrow one that led to the top of the hill and smiled relatively empty at the Sharmas since all well-experienced drivers of the town knew better. And this coupled with their undying enthusiasm for adventure became exactly the reasons why they decided to go forward with the risk.

The drive to the top was nail-biting and when their nonchalant driver spat, ‘Yeh toh mera bhi first time hai’ all they wanted was to return. The view from the top was no relief to the palpable energy shared by the family, one of panic and worry. In such a time, even Delhi’s crowded marketplaces would’ve seemed more pleasing.

As they all huddled into the car after an hour of trying to allay their anxieties by the calming view, the panic rushed in and huddled amongst them. The car started and so did dadi Sharma’s chanting of the Gayatri Mantra. Aaryan didn’t know the words, so he was instructed to recite the Hanuman Chalisa, the only long poem all Indian children remember by heart, softly. The car progressed and with every hairpin turn, the collective heartbeat of the family rose and fell.

It was a 3-hour drive and 1 hour into it, things seemed tougher and bleaker than ever. Just as the driver was beginning to lose all confidence, there rolled a mini truck in front of the car from some hidden shortcut behind the snow. How it fit such a narrow width still remains a mystery. “Arre yeh kaunsa raasta le liya? Tussi mere peeche peeche aajao,” said the Sardarji driver who had stopped just in front of the car and might’ve gauged the tension on the family members’ faces.

Dadi Sharma finally opened her eyes after an hour of non-stop chanting and said “Chalo,” which was the only and final word. The rest of the drive, after the initial 15 minutes, seemed like walking or rather driving on clouds. The road Sardarji had led them to was tough but not deadly. After another hour on the road, things began becoming even easier and smoother as they reached one of the more crowded routes. But as soon as the traffic ahead was spotted, Sardarji was lost. Everyone had been so busy taking the name of God, they had lost sight of him.

To this day, Dadi Sharma believes that he who came that day was not a mere mortal but God himself. The car had just vanished from before their eyes after leading them to safety and had been nowhere to be seen. It was impossible for it to have overtaken the traffic ahead since the road, though broader now, still wouldn’t allow for such stunts. There was no rational explanation.

On the way back from the airport only one stop was made.

PS- This is a true story and one of my favourites to hear from my grandmother. I was initially a little hesitant in sharing it because I was convinced my writing skills wouldn’t be able to do justice to the mysticism and beauty of it but here’s an attempt!

PPS- The support I have been receiving on os.me has been unreal. I am overwhelmed with the amount of affection you all have shown for me when very few others did. So to be brief and with all, I have in me- Thank you.

61 comments on this post. Please login to view member comments and participate in the discussion.


Login with Email
No Account? Create One
Gudda Guddi and Rains
Moksha – Is it worth desiring for?