Guilt of Normaly Delivering a Child Without Labour Pain

Such an easy painless delivery? Is something wrong with my pregnancy?

While catching our connecting flight from Finland to Delhi on way back from Scotland,there were no baggage and security checks( as we were carefully already checked at Eddinburg airport and there was no outside movement)! On reaching the entry point of boarding the Delhi flight,my husband kept asking officials at the counter weather we would be checked again or no documental formalities were done at this Air Port! To which they replied smiling..u r all sorted!

The amazement, bewilderment and astonishment on his face was no less than being confused on delivering a normal baby without labour pain!

Any woman who has been through a labour or any man who has seen an actress deliver a baby in Bollywood movies must be aware what a last ball Penalty shoot out moment it is! I have delivered 2 babies with normal labour and i know the never forgatable labour( a woman is btw most strong and alert at that time).

If you have a painless normal delivery without epidural or c.section u wonder,is my pregnancy ok? Or what i heard from books,family,freinds or other mothers a joke?

Similarly are our life situations.

After 2.5 years of covid 19 life has come back to normal and my in-laws have shifted back to their home town with their attendant,my daughter who threw tantrums with quality and skills of my cooking is abroad,my husband from online court now goes regularly to offline court, my teenage son too now attends an 8 hours school. From no house help in covid times ,now we are blessed with 3 and the 3 bed room house with 6 adults and a teenager has been shifted to an additional floor one.

The peace of house with less complaining, moving and demanding family has rather than making me feel blissful made me Quizy!

Some times i feel an i underworking or wasting my time and skill at others i feel like joining some regular work( quiet impossible with the other partners irratic time schedule,a big house to maintain and a smiling relaxed to be presented).

What is one question you will ask your husband before marriage?

Surekha C asked in Being a Woman 6d ago

Today is National Girl Child Day. This question is inspired by the present day situations faced by young girls after marriage.

Do we really have to get “married”?!

navneet d asked in Being a Woman 2mo ago

This is an important question. There was an answer to a similar question I shared in the post - The 7 Questions for Liberation/Mukti - https://os.me/short-stories/the-7-questions-for-liberation-mukti/ which I am sharing.

Q- We have attachments to family and children. How to overcome that?

Mind is the cause of attachment.  Family is not the issue, but the way we are attached to them is.
[Me and Mine] is the root cause, convert it to [Thee & Thine] which is the reality. This means, you do your duty well, but understand that God alone takes care of this world, and he will take care.

We should make all the efforts, but after that to surrender and accept divine will, and develop the attitude to understand all is her will.  It is easier said than done, I know it personally.

Ramakrishna Paramahansa shared a story-  “Look at the Maidservant/Nanny who works in the house of a rich person. She brings up her master’s children as if they were her own. She lovingly takes care of the children of the house, and calls them my Rama, my Sushila. But in her own mind she knows very well that they do not belong to her at all. Her thoughts are fixed on her own home in her village. Do all your duties in the world, but keep your mind on God”.

Why in Indian marriage, a girl has to shift to her partner's house?

ANU OM asked in Being a Woman 1w ago

This question haunts me a lot. Isn't it another कुप्रथा? Why all social adjustments are pro-male and anti-woman? Is this prevalent in  rest of the world as well?   Does it hold any logical ground, when women earns equally?

Suppose from today men start moving to wifes' house after marriage. Soon, parents would start praying to get girl child. As they want to have someone to be with them, to take care of them in old age. Gradually it'll become the norm. People would then write "why a boy has to move to his partner's house after marriage."

Suppose it's decided that both boy and girl after marriage, would leave their parents home and live in a separate house. Once it becomes a norm, it'd then be written that youth in that society are only interested in their pleasure; they leave their parents on their own in the old age.

So, it'd always be a problem.

Coming back to the question, I guess the reason being: traditionally, men used to hunt/earn and women used to manage home. IN case of tribalism, women were even considered a sort of property and often a group would attack another to capture their women and livestock.

Later, in an urban society, a man could have multiple wives from different homes, which would obviously come to join him in his home.

However, in current age, though we do see the norm still continuing, there's no dearth of inverse examples.

But, usually in such cases, a boy isn't a good earner, while girl's family is wealthy, boy would shift to girl's house or nearby.

If both are in some job, many times we see that even though the girl moves to the boy's house, soon both would leave boy's parents.

So right now as I see it, it usually comes down to two things: money and power.

The one who has better than the other, will take the other with oneself.

If both are equal, even then norms from the ancient time would win at least initially.

There's hardly an all-agreeable solution to this problem: who should go to whose house after marriage.

Marriage itself has become a grave problem in this day and age :).

PS. Even our Gods have their wives (Devis) moved with them to their house. So is there a dharmic reason behind it? I don't know hence I didn't attempt to talk about it.

Mothers with young school going kids - how do you manage to find time for Sadhana?

Swathi asked in Being a Woman 1mo ago

As a mother of a 6 year old and 22 month old and leaving for office at 8:30am & returning at 5:30pm after picking up kids, I barely have time to take up a sankalpa and start a Sadhana. Doing japa is possible for me because I set a timer for a maximum of 10 minutes (2x) & somehow try to find time for this between 6pm to 10pm.

So my question to all mothers with young school going kids - how do you manage to find time for Sadhana ?

Swathi ji, I am in a similar situation as you. I think that Swami ji has said that a 10-minute japa with 100 per cent concentration is better than a Sadhna without full concentration. This is what I keep telling myself. Mother Divine and Shri Hari know your situation. The fact that you think of them for 10 minutes every day will keep you on the path that leads to them. 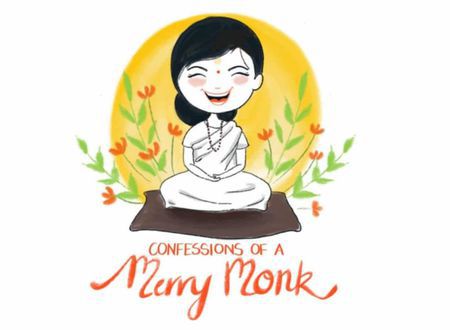 Confessions of A Merry Monk 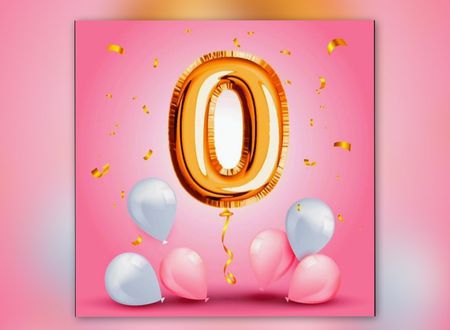 It's good to be back! 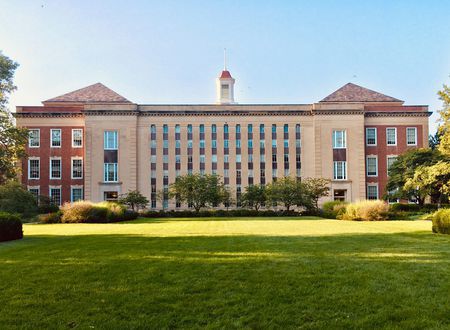 Lakshm... Being a Woman

Confessions of a Merry Monk

Confessions of a Merry Monk