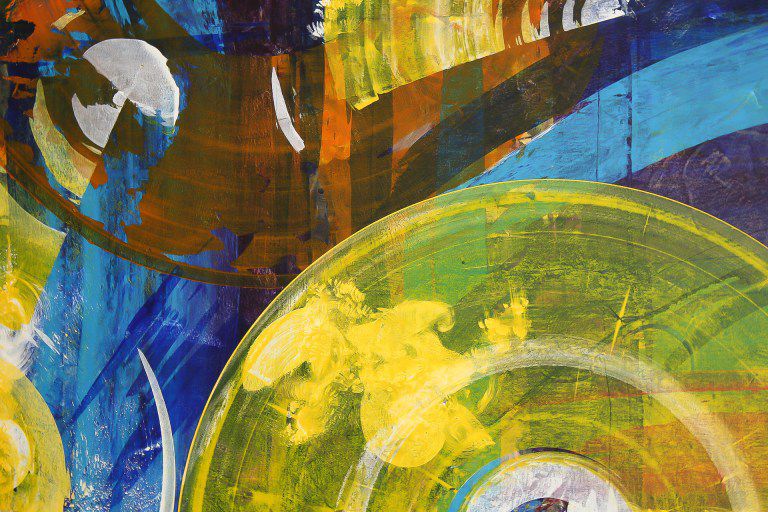 One of the greatest Persian poets of all times, a Sufi master and a spiritual teacher, Hafiz explores divinity, universal love and oneness saying, “There’s nothing but God”.

“God has treasuries beneath the Throne,

the keys to which are the tongues of poets.”

—    HADITH OF THE PROPHET MUHAMMAD

HAFIZ, or Shams-ud-din Muhammad, 1320-1389, is the most beloved poet of Persians. He was born and lived in Shiraz, a beautiful garden city in Iran, where he became a famous spiritual teacher. His Divan (collected poems) is a classic in the literature of Sufism and mystical verse. In Iran, Diva-e-Hafiz sells more copies than the Holy Koran.

The lyrics of Hafiz overflow with a profound appreciation of the beauty and richness of life when seen through the eyes of love. He explores the feelings and motives associated with every level of love, tracing each nuance of emotion in depth and detail. His poetry outlines the stages of the mystic’s path of love through which human love becomes divine love and ultimately the lover merges with the source and goal of all love, which Hafiz calls the divine beloved.

“I am a hole in a flute that the

—listen to this music.”

The work of Hafiz became known to the West largely through the passion of Goethe. His enthusiasm deeply affected Ralph Waldo Emerson, who then translated Hafiz in the nineteenth century. Emerson said, “Hafiz is a poet for poets,” and Goethe remarked, “Hafiz has no peer.” Hafiz’s poems were also admired by such diverse notables as Nietzsche and Arthur Conan Doyle, whose wonderful character Sherlock Holmes quotes Hafiz; García Lorca praised him; the famous composer Johannes Brahms was so touched by his verse he put several lines into compositions; and even Queen Victoria was said to have consulted the works of Hafiz in times of need.

“The place you are right now

God circled on a map for you.”

His poems explored theological heights mixed with our heart’s beautiful, everyday emotions. The common is applauded and revealed as sacred. Ralph Waldo Emerson gave Hafiz that wonderful, famous compliment when he said, “Hafiz is a poet for poets.”

“I wish I could show you,

When you’re lonely or in darkness,

Of your own Being!”

In Persian, Hafiz is sometimes called the Tongue of the Invisible, for so many of his poems seem to be ecstatic and beautiful love songs from God to His beloved world. Hafiz shares his intoxication with the magic and beauty of divine life that pulsates everywhere around us and within us. He urges us to rise on the wings of love. He challenges us to confront and master the strongest forces of our own nature. He encourages us to celebrate even the most ordinary experiences of life as precious divine gifts. He invites us to “awake awhile” and listen to the delightful music of God’s laughter.

“What is this precious love and laughter

Budding in our hearts?

It is the glorious sound

Of a soul waking up!”

For hundreds of years, people have struggled to find ways to reflect in English the sweetness and profundity of Hafiz’s poetry. Some translators have tried to reproduce the rhythm, meter and rhyme of the original Persian, often bending and twisting English into strange and unfamiliar configurations to do so. Such careful efforts to honour the form of the poetry can sometimes ignore or violate the spirit of Hafiz—a spirit of infinite tenderness and compassion, of great exuberance, joy and laughter, of ecstatic love and fervent longing for his Beloved, and of wonder and delight at the divine splendour of the universe.

The Sun never says to the Earth,

It lights the whole sky.”

The poems of Hafiz are mostly short love songs called ghazals, each one about the length of a sonnet. Scholars disagree about the exact number of poems that can be authenticated, but there are no more than eight hundred. Compared to Rumi and others, this is a tiny body of work. However, Hafiz created his poetry in a way that permits many kinds of interpretation. Persian is a flexible and mutable language, and Hafiz was an absolute master of it. Persians believe that in some of his poems each word can have seven or eight shades of meaning and a variety of interpretations. A single couplet can be translated many different ways, and each one would be “right.”

“I have learned so much from God that

I can no longer call myself a Christian, a Hindu,

a Muslim, a Buddhist, a Jew.

The Truth has shared so much of Itself with me

that I can no longer call myself a man, a woman, an angel,

or even a pure Soul. Love has befriended me so completely

it has turned to ash and freed me of every concept

and image my mind has ever known.”

Hafiz was, in fact, a spiritual student. As a young man, he became a disciple of a Sufi teacher who guided him through a difficult spiritual apprenticeship that lasted most of his adult life. Later, Hafiz himself became a Sufi master. His Divan (collected poems) is a classic in the literature of Sufism, an ancient spiritual tradition whose special emphasis is intense, often ecstatic, one-pointed devotion to God.

“I am in love with every church

And any kind of shrine

Because I know it is there

That people say the different names

In the West, Sufism is usually regarded as a form of Islamic mysticism. However, the Sufis themselves say their “way” has always existed, under many names, in many lands, associated with the mystical dimension of every spiritual system. In ancient Greece, for example, they were identified with the wisdom (sophia) schools of Pythagoras and Plato. At the time of Jesus, they were called Essenes or Gnostics. After Muhammad, they adopted many of the principles and formulations of Islam and became known in the Muslim world as “Sufis,” a word given various meanings, including “wisdom,” “purity,” and “wool” (for the coarse woolen habits of wandering dervishes).

From about 800 to 1400 A.D., Sufi schools flourished under the guidance of master teachers such as Rumi and Ibn Arabi. As individual schools developed, their methods of teaching diversified according to the needs of each group. Some stressed formal meditation, others focused on selfless service to the world, and still others emphasized devotional practices: song, dance, and spiritual poetry celebrating love for God. The Sufis cherish the poetry of Hafiz as a perfect expression of the human experience of divine love.

“The heart is a thousand stringed instrument,

that can only be tuned with love.”

Hafiz like Kabir never wrote his poems. He would often sing them or recite them to his students who would write it. It was like Hafiz had a connection with the divine and the poetry was just flowing through him. He almost became a channel or a medium of the divine to the many giving the message that the only goal in life is to seek the divine and be the divine.

“All I know is Love,

And I find my heart Infinite

I hear the voice

Of every creature and plant,

Every world and sun and galaxy—

Why os.me is the Finest Place
My Spiritual Dairy – The Navdurga Sadhna – 1