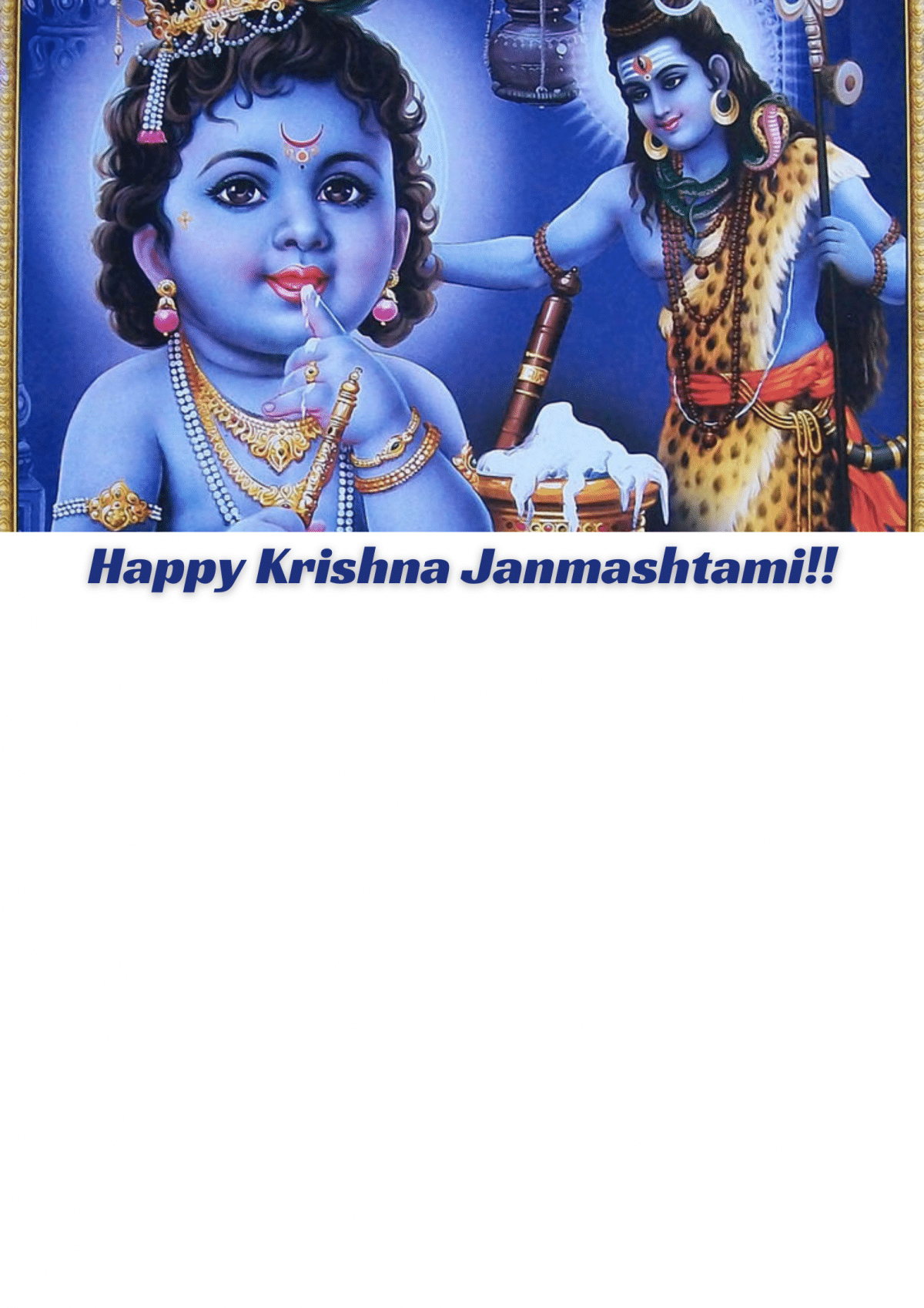 Happy Birthday to the Cutest Baby in the World!

On this auspicious day of Krishna Janmashtami, I would like to share a bhajan with you all. Hope you enjoy it as much as I do. 😊

I am blessed to be born in a family where my parents always used to tell stories of god and sing bhajans. All the bhajans had a cute story behind them. They will always sing the bhajan and then they will tell the story behind it. It is such a nice memory to cherish. 🥰

One of the bhajans that we used to sing was about Kanhaji, when he was with Yashoda maiyaa. People used to visit Nanda Baba and Yashoda maiyya’s house to have a glimpse of sweet and cute little Kanha ji!!

In one such incident, Shivji wanted to visit Kanha and have his darshan.

He disguised himself as a “Jogi” (saadhu/fakeer) and went to Nand baba’s house. Seeing a jogi at the doorstep, Yashoda maiyya got bhiksha for him (as that was the ritual at that time).

Shivji did not like it because he was there to see Kanha ji.

He requested Yashoda maiyya to give a glimpse of her son, listening to which Yashoda maiyya became a little sceptical. No wonder, because Kanhaji was already facing so many problems posed by various demons, that Yashoda maiyaa was scared to let him meet anyone.

Still, Yashoda maiyya went inside and got Kanha ji in her lap, but she covered him with her aanchal🥰  To her, Kanha ji was her small baby and she wanted to protect him from all the bad omens 😊

Shiv ji felt so happy after seeing Kanha ji in Yashoda maiyya’s lap. He did pranam, blessed the baby and said:

The one who is taking care of the whole world is being taken care of by Yashoda Maa! Aapki leela aparampaar hai!!

And once again wishing everyone a very happy Krishna Janmashtami!🎉💖

I knocked and the door opened
Krishna : The Eternal Companion