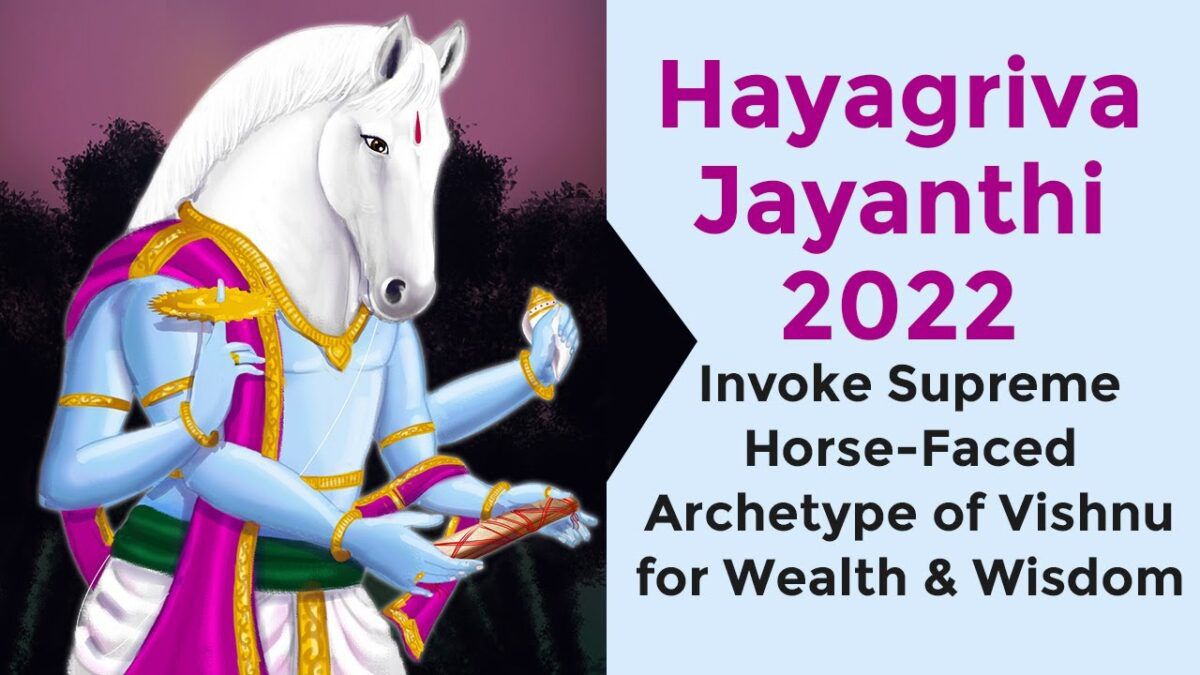 Hayagriva Beej Mantra – Benefits And Importance Of The Hayagriva Mantra

Go through to know more about the Benefits And Importance Of The Hayagriva Mantra.

Hayagriva is the conqueror of the Vedas. Hayagriva means the horse necked. In the incarnation of Vishnu, Hayagriva depicts the human body with a horse face. The sole goal of the avatar was to recover the stolen Vedas from the Asuras or Demons.

The Story behind the Incarnation of Hayagriva

There are many versions of the conceptualization of Hayagriva. The first one goes like this; Vishnu disclosed the Vedas to creator Brahma. Coming to know of it, two asuras, Madhu and Kaitabha, stole the Vedas and concealed it in the ocean bed. Brahma was worried about losing the most valuable Sacred texts and sought the help of Vishnu. With interest in bringing back the Vedas to their rightful owner, Vishnu took the form of horse-faced Hayagriva, destroyed the Asuras, and brought back the Vedas.

Devi Bhagawat Purana has it that a demon called Hayagriva – a horse-faced human, appeased Goddess Durga and was blessed with the boon of immortality with the condition that only another Hayagriva could kill him. With his newfound boon, Hayagriva started to wreak havoc in the abode of the Devas. Unable to withstand the demon’s torture, the Devas sought refuge in Vishnu. Since the boon was granted by Durga, the supreme Goddess, even Vishnu was helpless.

After a tough battle with the demon, Vishnu was tired and rested in Padmasana. In an effort to wake Vishnu, Brahma thought of an idea. He used termites to gnaw the bowstring to create sound to wake up Vishnu. But unfortunately, the string snapped at his neck, and the body was severed from his head. Unaware of what to do next, Brahma prayed to the Mother Goddess, seeking her help. The Goddess attached a white horse head to the body of Vishnu. Thereby Vishnu took the form of Hayagriva. This day is celebrated as Hayagriva Jayanthi.

Now, Hayagriva is ready to battle the Demon. The demon was consumed in the process. Vishnu regained his original form.

Hayagriva is personification of :

What is Beej Mantra?

The Beej Mantra is called the seed mantra, the shortest form of mantra having supreme power, and its sound brings spiritual upliftment. Each Divine being has a Beej Mantra exclusive to them. Like a seed grows into a strong tree, a Beej Mantra spreads positive energy. It is the soul call. It is chanted during Hayagriva Jayanthi pooja.

The most important Hayagriva Mantra is as follows:

The mantra pays obeisance to Lord Hayagriva. It is a hymn to seek knowledge and wisdom. In this mantra, Om and Srim are considered to be two syllables, whereas Hlaum is a single syllable. Om Namo Bhagavate is calculated as seven syllables, while Hayagrivaya is five syllables. Following vishnave consist of three syllables and mahyam medham prajnam is made of six syllables, and prayaccha svaha is five syllables.

Hlaum is a single-syllable beej mantra. It is made of three vital letters h, l, and om.

What are the benefits of Hayagriva Beej Mantra’s chanting on Hayagriva Jayanthi?

How to Reach Trimbakeshwar from Nagpur?
हरे कृष्ण महामंत्र