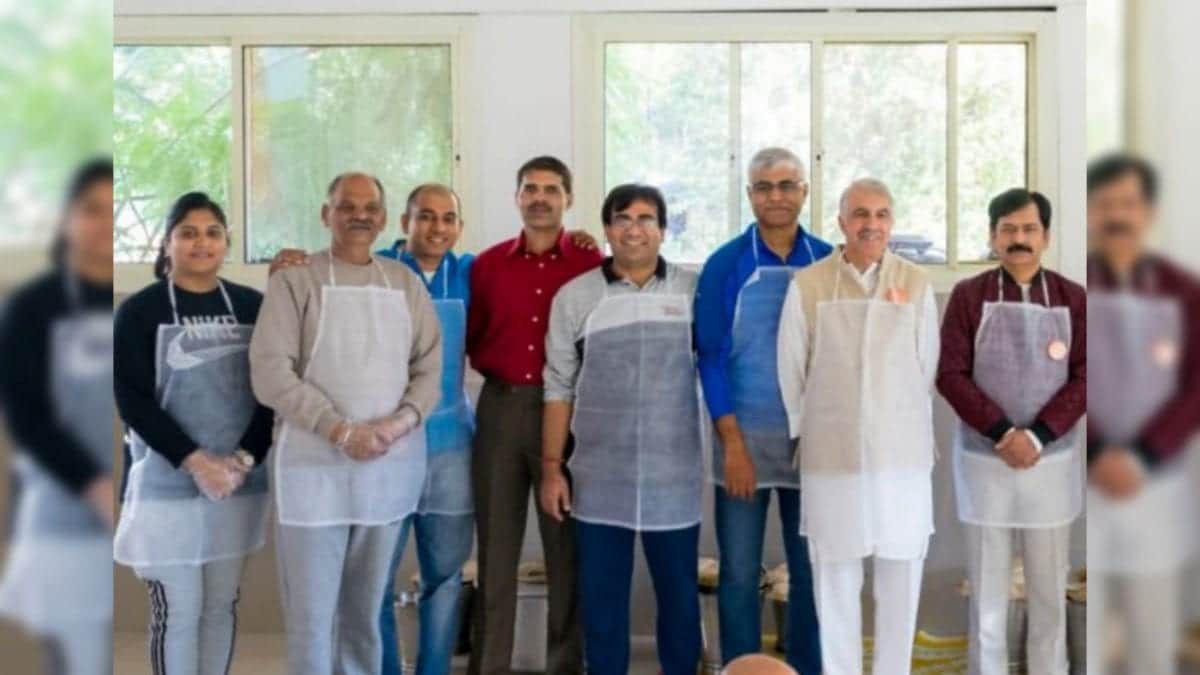 One of my experiences at Ashram

I was in Ashram in 2018 for Swamiji’s birthday celebration. I had gone there with my mother and three year old daughter. It was also an escape from the polluted Delhi, advised by the doctor as my daughter suffers from acute bronchitis.

On Dec 1st Swami ji left Ashram for an event in Delhi (I am in awe of him because of his dedication and marvelous time management skills). When he was crossing the dining area in his Innova sitting in the front seat waving at few of us having our morning tea, I felt so excited as if he was only looking at me saying good bye (I am sure with his leela all must have felt the same), that I almost escaped a good fall down the concrete road in the excitement of seeing him so closely .

However within moments I realised that Ashram became empty and as if something was taken away from me. I felt restless and wanted to leave same day but could not. May be I had to witness his grace.

Around 4 pm in the evening I with my mother and daughter went to the temple and sat for prayers. We were sitting in the front near the main vigraha of Sri Hari (as temple was empty and during Aarti time we never got a chance to sit in front) , so in a  way we wanted to feel Swami ji and Sri Hari closely.

My daughter was happily playing with the book Lalita Sahasranama. She looked perfectly calm and was enjoying the whole peaceful environment. Suddenly out of nowhere I felt the urge to get up and leave the temple. My mom and daughter followed me. We wore our slippers and directly went for tea.

And there my daughter vomited heavily.

Anyone who has visited Ashram knows that it takes hardly less than a minute to reach from temple to the dining where tea is generally served. (Till today it haunts me what if she had vomited inside the temple. This thought gave me quite sleepless nights to be honest as the temple is well carpeted and we were sitting so close to Swami ji’s seat)

As people in Ashram are always kind, few boys helped me clean the mess and everybody seemed normal. However once in room my daughter vomited again, then 15 minutes later again. This got me worried. I always carry her medicines with me but I had not anticipated this sudden vomit game. And vomit is the first indication that her bronchitis attack will resurface . As we were in a separate room, it was convenient to take her to washroom but still I could sense the situation is going to be worse.

It was now Aarti time and she has vomited more than 5 times already. I went to temple, leaving mom and daughter in room, and prayed.

Everyone after Aarti was busy in collecting prasadam, I was on my knees at the main gate  (on the pathway of swami ji) crying (almost begging) for a divine intervention to save my daughter.

Two people saw me- a brother and sister from Singapore and came to me asking if I am fine. Told them everything and the brother was a doctor. He said “ do not worry she will be fine. She may have suffered due to extreme cold climate for her”. He gave me his room number and told for any emergency do not hesitate to contact. That was quite comforting for me.

I came back to room. Attended to her for a while.

I had volunteered for kitchen duty during my stay and had to serve chapatis. So I rushed to fulfill my commitment leaving my ailing daughter and  mother (who is diabetic and heart patient too) in the room. My mother was trying her best to take care of the daughter in my absence. Her vomiting had not stopped but reduced. (Once in 45 minutes to 1 hour). But still managing a three year old was difficult for my mom.

After almost 80 percent people had their meal, I asked Vikram ji, who was supervising the serving department, that can I go back to my room and bring my daughter and mom as they have not eaten anything. He was so kind he asked me to immediately keep that basket of chapati away and bring them.

I came back with my family (with a dabba in hand that if at all my daughter vomits again) and we sat down. Other volunteers served us food with so much love that I was in tears. That doctor brother and sister too came down and sat for a while with us inquiring my daughter’s health.

With his grace she didn’t vomit in the dining hall but she didn’t eat anything either. We came back to room and thought she is better and planned to sleep. It was around 9:50 pm her condition deteriorated and she started vomiting again. I was feeling so helpless that what should I do now, late in the night, in a remote Ashram, with no one whom I actually knew and the mobile phone network was terrible in the room.

I started crying and asking for Swami ji to intervene now.

Suddenly a thought flashed that while checking in at the reception I had seen a medical store board. I ran down immediately skipping two stairs at a time  to find that no one was near the dining hall. But I heard few people in the kitchen. I went inside and narrated them everything.

Two people then accompanied me to the Medical room. There I saw a list of doctors and their numbers. Under the paediatric section there were three names.

We dialed the first number. He didn’t pick the call. (It was already 10:15 pm). We then dialed the second number, no one picked. I prayed cried and then dialed the third number, he picked up the call in one ring. That was such a relief. I spoke to him and told him the symptoms. He suggested some medicine which we couldn’t find in the stock. Then he said look for any medicine with Ondem composition.

We three people searched the cupboard like police raids a house, and there it was- a small bottle hiding behind 20 other bottles.

I grabbed it and thanked doctor and hung up the call.

I asked the two people how much should I pay for the medicine and Doctor fee as I was in a rush to take this Sanjeevani booti for my Laxman who was actually moorchit in the room.

And to my surprise they said it is free of cost. We do not charge. What!!!! Ashram people do not charge even for saving lives of people. A whole new world of kindness was opened in front of me.

I ran back to my room like P T Usha and gave my daughter a dose as per my own understanding because I was so stressed I had forgotten to ask the Doctor about the prescribed dosage.

She slept peacefully and next day I had to leave ashram. No vomit. We got in the car and sat down. With that dabba still in my hand and in front of my daughter’s mouth all the time, the driver bhaiya got curious and asked what’s the issue. I again narrated the whole incident.

He laughed and said keep that dabba aside she won’t vomit now. You have been blessed by him.

He then insisted we stop on our way and eat something I said no take us directly to our hotel in Kalka. He was adamant saying your daughter looks weak. Give her some food. I couldn’t say no to him.

We stopped and miraculously my daughter, after almost 18 hours of fasting and vomiting, gulped everything that was served to her at that road side dhaba. And as predicted by that car driver she didn’t vomit. We reached Delhi safely next day and she was absolutely fine.

I went to bed and prayed to Swami ji- “do you know in your absence what all has happened in the Ashram with me?”– a sudden voice came – I KNOW. (I still get tears recalling that moment). May be it was his indication that his grace has nothing to do with his physical presence and he looks after everyone who sincerely prays to him.

I also then recollected that during his birthday celebration while Swami ji was leaving the prayer hall, my daughter wished him “Happy birthday Swami ji”  and to my surprise he stopped for fraction of second and patted her cheek with smiling face.  When I look back it was his direct blessing to her, may be.

With his grace we have now temporarily shifted to mountains in Uttarakhand , with severe cold and wind storms, and I still carry that dabba with me whenever we travel (mental blocks you see 🙂 but we both have mountain sickness too) but he has cured her from that forever I guess.

How to Take Benefit from Circumstances
Life is a Blessing