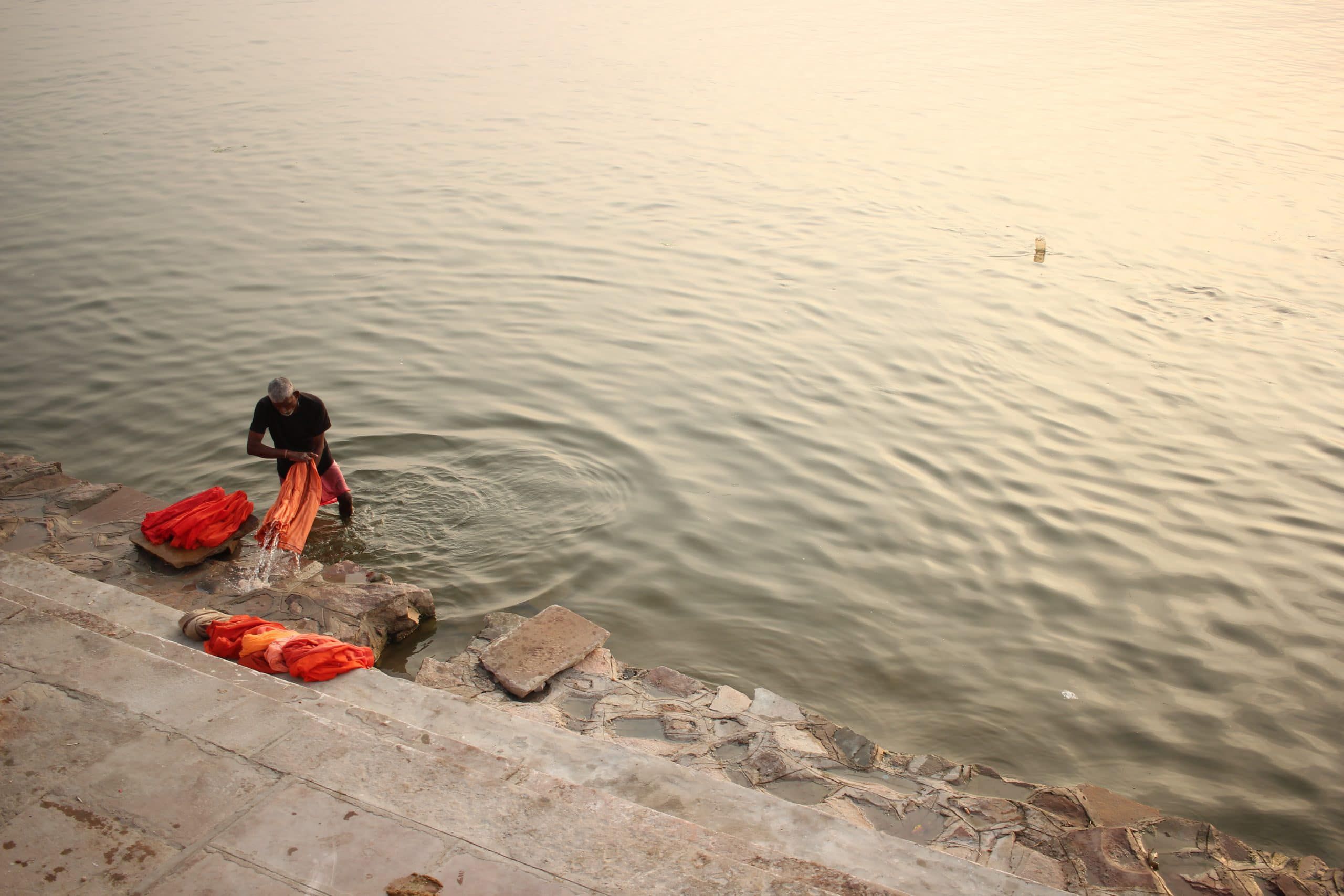 Healing Power of the River

Inspirations from teachings of Om Swamiji and the book Siddhartha

This writing is based on the novel ‘Siddhartha’ written by Hermann Hesse. The story of Siddhartha while portraying the inner struggles is an expression of who we are in the most intuitive and deep senses. When one goes through a loss that shifts the very balance of life, it helps to remember that we are always in the middle of a change. To quote Swamiji,

“Even when you believe that you have it all figured out, you will realise that you are still undergoing change. Ultimately nothing matters nor lasts. We may as well then frolic about in the river of life instead of clogging it with our colourful garbage.“

Siddhartha’s spiritual journey begins as a pious brahmin. He leaves the comforts of his home and father to join the Samanas, a group of wandering priests. He then moves on to become a rich merchant and a lover, thereby enjoying life’s material gifts. But, it ends up corrupting his peace of mind. After a breaking point, Siddhartha gives up everything and returns to the river with a deep disgust of the material world. His feeling has been beautifully portrayed in the following lines:

“Was there still any kind of filth he had not soiled himself with, a sin or foolish act he had not committed, a dreariness of the soul he had not brought upon himself? Was it still possible to be alive?”

Siddhartha sees the choppy river mirroring the emptiness within him. In utter despair he clings to a coconut tree along the bank. He dreams about dropping and submerging himself in water.

However, Siddhartha changes by listening to the river. Many layers of his conditioning fall apart and he attains Enlightenment. One of the most important lesson that the river teaches Siddhartha is that time exists as an illusion. It taught him to live in the present moment.

As the river is in all places at one time, Siddhartha sees the divine essence of unified life. River’s only purpose is to move forward, just like creation. Creation favours that person who is helping it to propel forward. River is eternal just like the indestructability of life. As Om Swamiji explains,

“It is only the cyclical continuous play of integration and disintegration in nature. Nothing is being created nor destroyed.”

The natural world and his own body act beyond Siddhartha’s control and restores him; he is reborn. We see the hypnotic and restorative power of the river and the holy word ‘Om’ that wells up from his soul and forms a bond with the water. The transcendent ‘Om’ calms Siddhartha into a trance like sleep. The river is the agent through which Siddhartha delves deep into his consciousness.

As a representation of life, river provides knowledge and as representation of time, river is a great healer. Siddhartha realises that he was lost on his path and had to continue his journey. Siddhartha baring his soul to the river has the effect of bathing his wound in the river. By cultivating his ability to listen to what the river has to say symbolically about life, he gains spiritual insight.

The cause of Siddhartha’s soul sickness was his inability to love (his father, trade or lover). After coming to know about the existence of his own son, Siddhartha feels a growing attachment for him and decides to stay and love the child.

The boy wept, Siddhartha took him on his knees, lets him weep, patted his hair and at the site of the child’s face a Brahman prayer came to his mind. Slowly with a singing voice he started to speak; the words flowing to him. And with that singsong the boy became calm and fell asleep.

Siddhartha believes that one day the boy will hear the voices of the river i.e. ‘Om’ and understand the rhythm of life. The river takes on human and godlike figures in Siddhartha’s life. He sees his family in the river. However, the child is unable to cope with the struggles of living as a renunciant on the banks of the river and leaves Siddhartha. Siddhartha feels the river laughing at him because he had done the same thing to his own father, yet now when his own son does it to him, he feels such a pain and loss. It is Siddhartha’s ego that dies by the river, which was the source of much sadness in his life.

Siddhartha realises that it is not the bird of his innermost soul that has died, but his egotistic self and that his Inner Voice is still there.

On the banks of Haridwar, the vibrant and vital energy of the Holy Ganges had a similar and unexpected impact on me. Due to circumstances beyond my control and the consequent upheaval, I lost my conditioned Identity, seeming Pride, sense of Entitlement and my Whole. I had resisted the inevitable emotional turmoil for months. Now at the riverbank, I was overwhelmed by my inner certainty that I had found a piece of jigsaw in my life and had at last come home. I realised that I was lost on my path and had to continue my journey. I closed my eyes and let the immortal song of the river wash over me like a healing balm, gently lifting layers of resistance within me. To be in God’s presence, one has to be prepared to let go, to not fight identity boundaries and be one with nature. You have to trust faith and surrender to the Almighty. I became aware that nature and myself were intertwined in ways beyond comprehension. We all are a part of a great ocean. We live as individual droplets and then we return to the great ocean. As Om Swamiji says,

“Life is a series of natural and spontaneous changes. Don’t resist them. That only creates sorrow. Let reality be reality. Let things flow naturally forward in whatever way they like.“

Anyone of us can relate to the above story. We almost always succumb to focussing all our attention on what we have lost, instead of feeling thankful for the things we have. Lastly, in Swamiji’s words,

“The same divine dwells in all. When you drop the veil of ego, of I-ness, there is no distinction. Each one of us is an identical entity in the infinite creation, like drops in the ocean.”

The Elephant Rope
Is Depression a Bad Thing? – I Have a Different Story to Tell