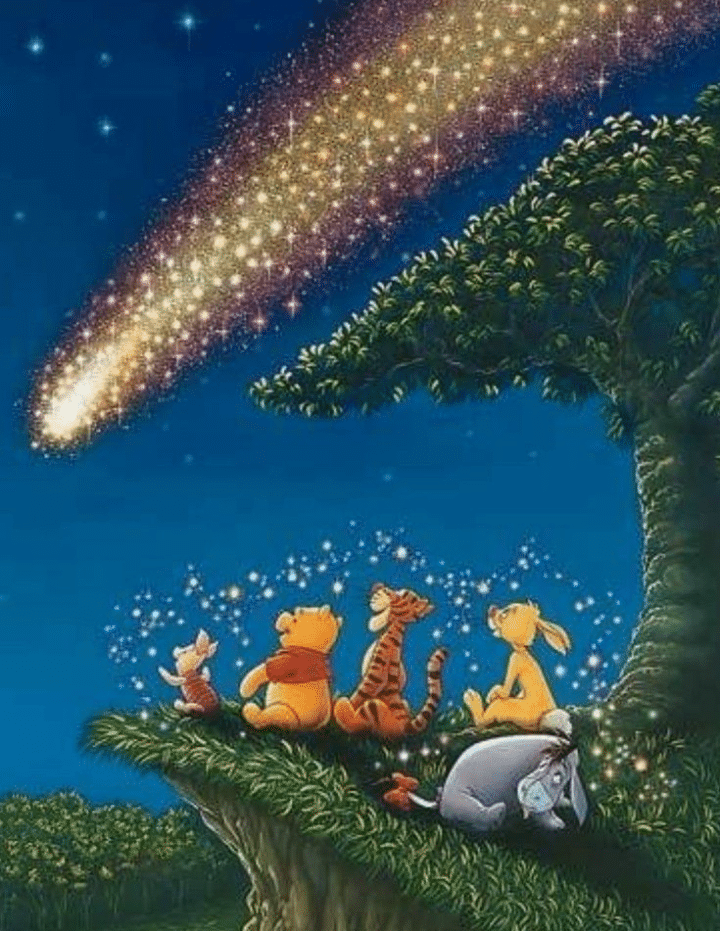 The episode begins where Rabbit and others are found collecting feathers that’s scattered throughout the hundred acres wood and wandering whose feathers it might be. But our little Piglet is just learning to do magic tricks and wants to show all his friends some magic skills but fails miserably.

There in the meantime Owl have a little argument with Waterfowl and lots of Waterfowl crash him down and he falls over Rabbit. Rabbit then says I knew it was your feather and you’re going to get bald very soon as you’re loosing all you’re feathers and then you won’t be able to fly .

Owl is devastated and everyone says him to go back to his house and rest a little. Owl was in misery at his house when Pooh bear and friends reach to cheer him up. Piglet shows another of his failed magic trick. Pooh and Tigger also try to help him to fly again but fails everytime.

Piglet and friends are discussing about how to help Owl where Piglet shows another of his failed magic trick. Eeyore enters the scene. Rabbit asks: Why are you here? Weren’t you supposed to cheer owl ?

Eeyore: I tried to. But he’s too depressed. I hate being around those gloomy types.

Piglet: I still don’t understand why he can’t fly. Perhaps it’s only in his head.

Pooh: Owls don’t have feathers in their head. Do they?

Tiggers: ( Giggles) Not that I know of

Piglet: I think owl needs me. Maybe there’s something I can do.I only wish what it was.

Owl is sitting staring at his image in a river where Piglet visits to cheer him up. He asks owl permission to show his magic trick spells some magical spells and fly in air( Piglet has tied himself using a rope and pooh bear is making him swirl in air by passing the rope through a tree branch). Owl asks if this magic is gonna work on him.

Piglet says: I don’t see why not if it can make a Piglet fly it must work wonders on owl.

Owl asks to try these on him and Piglet asks to repeat some magical spells after him.

Owl flaps his wing and fly high up in wind and thanks Piglet.

Pooh comes and untie Piglet and asks : you did it Piglet. Why didn’t you mention this spell before.

Piglet: I guess I just made it off.

Pooh: Lucky that you made the right spell.

Scene ends where Christopher Robin and Pooh bear are talking about how Piglet made Owl fly again.

Christopher Robbin: Pooh they’re not Owl’s feather. They are mine.

Pooh: You mean now you won’t be able to fly. Oh bother. Maybe Piglets  spell will work on you too.

Christopher Robbin: No Pooh the feathers are from my pillow don’t you remember the pillow fight we had the other night.

Pooh: Oh yes now that you mention it. I do remember.It must have slipped my mind. ( Giggles).

1.Be careful with you’re words: Like here Rabbit said Owl that you’re loosing you’re feathers and going bald you can’t fly. Owl believed it to be true and despite his shedding feather was just a consequence of  his crash with Waterfowl he believed he was shedding feathers and can’t fly again. So in similar way our words have huge impact on a person’s mindset. You’re words can make or break a person. Be kind with you’re words. Like Piglet when we try to genuinely help someone with little encouraging words it’s effect can be nonetheless magical. By this I totally don’t means you give false hope to someone. Be genuine, kind and truthful.

2. Never give up: Never give up on the things you like to do. No matter how much time you fail. Like Piglet fails many times in his magic skills but still continues to do it again and again. The things that matters to you don’t give up on it. Try to learn it better. Now there are many online courses available in Internet to learn skills from experts. You can use masterclasses, Udemy and many other platforms to master your skills. Good practice, Good coach, Persistence. And then nothing seems impossible.

3. Try to help others genuinely: Just like our little Piglet try to help genuinely. You can never know how you’re kind words and actions can help someone. Try to help in whatever way possible.

Okay that’s all for today. Thank you so much for taking you’re time and reading till here.

Come Dance in Love!
Life is a Choice